During yesterday’s livestream, Treyarch outlined what to expect with the new season kicking off with Operation Apocalypse Z.

The new content includes Specialist “Reaper” along with three multiplayer maps, a new atmosphere for the Blackout map, and new customization items and gear.

Players will also return to the Aether story in the new Zombies Experience, Alpha Omega. 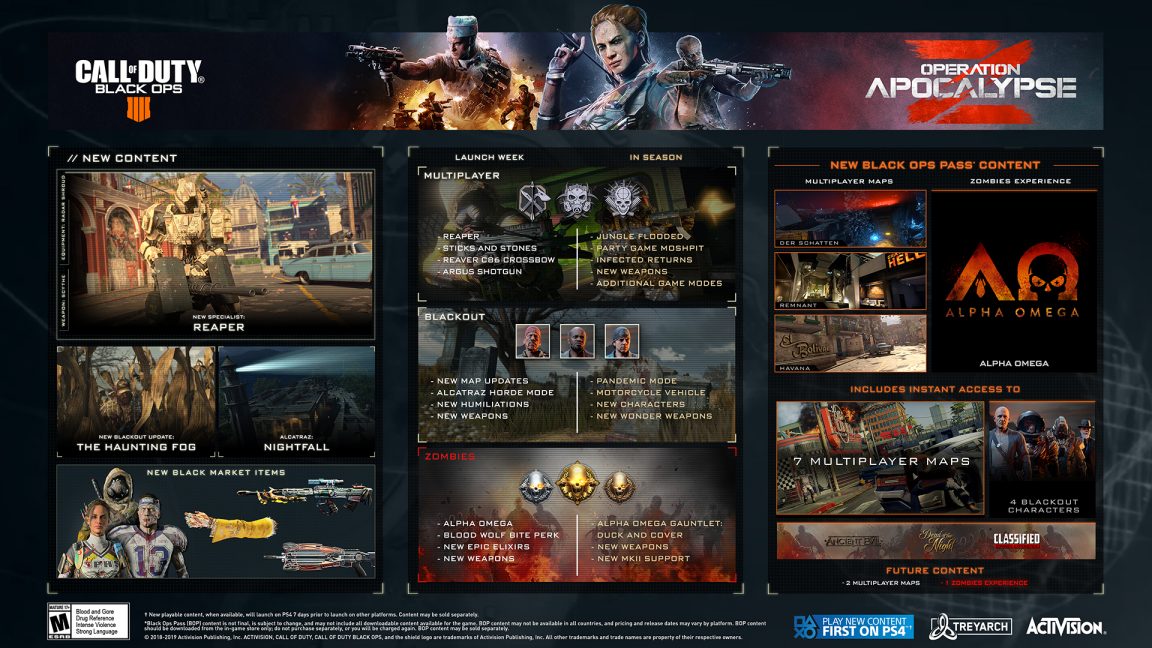 In addition to the free content, owners of the Black Ops Pass can access more new content. It’s available first on PlayStation 4 and will arrive on PC and Xbox One once the exclusivity period ends.

More information on the latest update can be found over on  the Treyarch Blog.