Mobile shooters are not usually known for their slick controls. But Call of Duty: Mobile’s upcoming free-to-play, multiplayer-only game for smartphones, wants to be.

“This is all about trying to make the definitive multiplayer experience on mobile, and really tapping into our Call of Duty heritage,” Chris Plummer, VP of mobile for Activision, told us when we went hands-on with the game recently. “Whether it’s the gear and the characters, and the weapons, and the way all that feels, it’s a very unique experience.”

Call of Duty: Mobile offers both online multiplayer, and battle royale modes, and brings it all to your phone, in a games-as-a-service model that will see the game consistently updated after its release.

In this mobile version of Call of Duty: Black Ops 4’s Blackout battle royale, you drop in from a helicopter onto a whole new map and experience. As you hurtle toward the ground below, different familiar, locations from the COD universe of games come into view.

All of these locations, which have been recreated for mobile, exist on one massive world map which pulls together elements and map locations from across the franchise – you must aim yourself at one to start the match from. It’s a huge world that feels far more wide-reaching than we’re used to with mobile games. The screen might be small, but the game sure feels big. 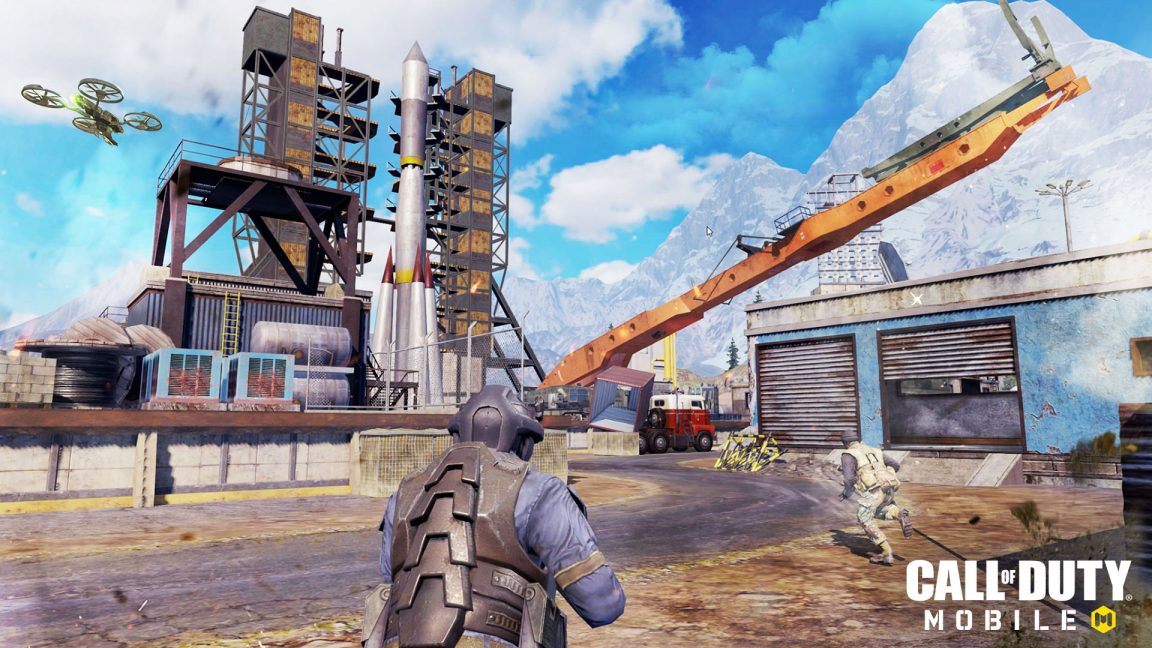 “It was about trying to get the placement across a believable world space where those points of interest are visible within eyeshot of each other. But then, once you get into a point of interest, it’s those familiar battlegrounds that you know from Call of Duty,” explained Plummer, of the map setup, which is made up of familiar maps from the entire series, including Killhouse, Nuketown, and Crash, it’s a Call of Duty Greatest Hits compilation. A ‘Now That’s What I Call Uzis’.

“The environment itself is really designed as a showcase of all the greatest firefight locations from the Call of Duty history, organised throughout this map,” explains Plummer.

In the demo we played, it’s clear that the mobile shooter makes full use of its Call of Duty history – not just in locations, but with classic modes like Team Deathmatch and Search and Destroy, and quintessential COD features, such as kill streak and challenge bonuses.

It’s going to up the ante when compared to its big free-to-play, mobile battle royale competitor, Fortnite, Plummer told us, because it offers a more in-depth FPS experience. “Bringing in the operator skills, and your passive and active abilities of your class is completely fresh and new compared to something like Fortnite,” said Plummer, “And ultimately, this is just a different flavour, a different feel, because it’s Call of Duty, but I think there are a lot of points of difference there.” 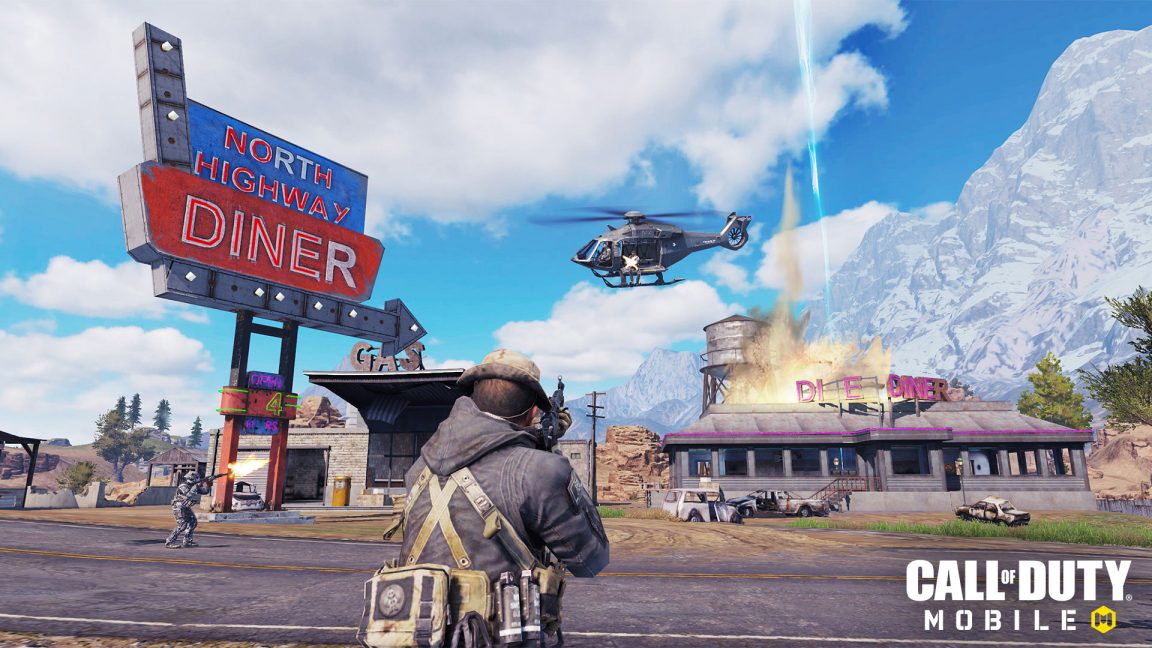 One such difference is the fact that you can carry over the perks and weapons you unlock between modes.

Activision has experimented with different systems to perfect the controls, we are told, and there are two styles of control you can choose between. An auto-fire mode is the more basic of the two and is best for newcomers. This allows you to simply lock on to your enemies with a touchscreen tap, the game then firing at them without you having to physically shoot at them, meaning you only need to tap your screen once at a time to take down targets. It means the game is easy to pick up for the most casual of players, but can get monotonous quickly for those used to playing console shooters.

The more advanced controls, with auto-fire easily toggled off, are where the game becomes fun for shooter fans: requiring you to manually shoot your own weapon at your foes, it plays like the console games experienced players are used to, and allows for quicker reactions for the FPS adept, while the touchscreen controls still feel intuitive.

Crucially, the gameplay makes sense on a phone. It’s a difficult task to adapt a console series for a small smartphone touchscreen, but this method of control certainly seems natural. In practice, the ease of use and smoothness of handling the weapons feels authentically Call of Duty. 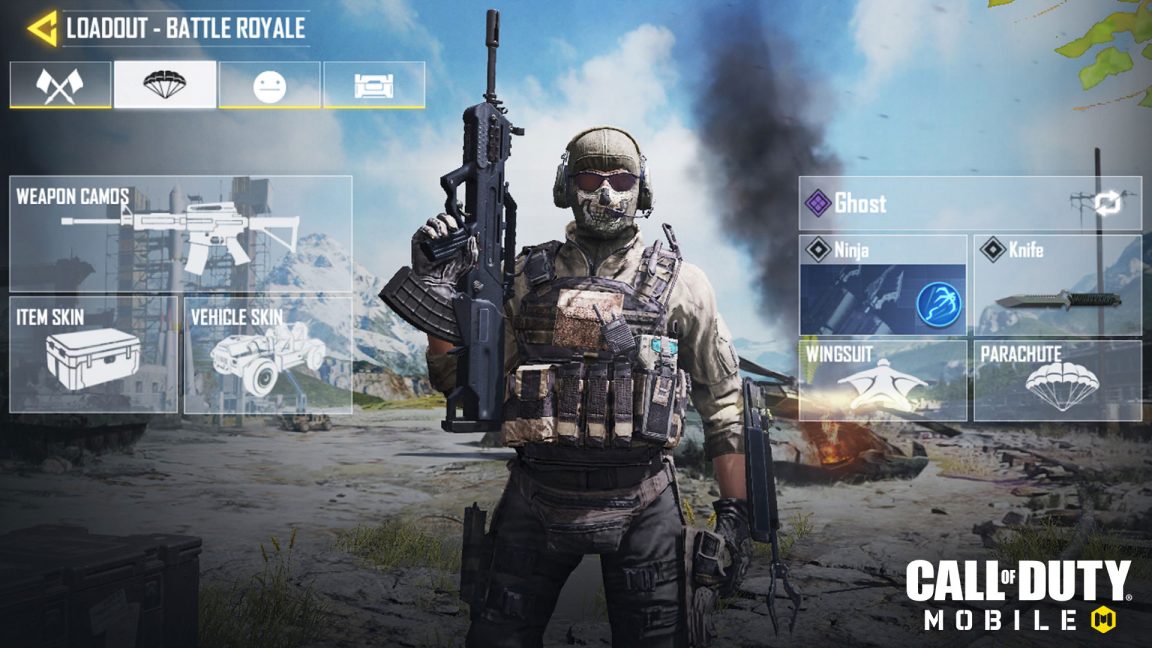 “Every set piece that you’re fighting in isn’t just pretty. It looks good, of course, but it also is really well balanced for first person gameplay,” Plummer told us, “I’m really proud of that.”

It is pretty. Or as pretty as war can really be. The game’s gorgeous 60 FPS graphics look vivid and high def on the high speed internet we’re using to test the game. We have doubts about how this would fair on less reliable wifi or on a slower data connection, but handily, you can toggle the graphic quality in the game’s settings to match your data situation and remedy that.

There’s been no official word yet on how the game will work when it comes to microtransactions, though we can expect the free-to-play game to follow a similar model to the ones used by the likes of Fortnite, to buy new character skins and emotes, for example. “We haven’t disclosed how it’s going to monetise,” said Plummer, “but I’ll say, if you look at sort of what’s common practice in the free-to-play shooters on mobile, it will feel similar.”

Overall, Call of Duty: Mobile offers a fantastic FPS experience for people who want to enjoy a more in-depth, upgraded game while they match with mates on the bus, or fight for survival in a quick game of battle royale whenever the urge strikes, thanks to quality COD features and controls which are, against all odds, a delight to handle. It’s not a replacement for a console game, undoubtedly, but it does feel like a classic COD experience.

Call of Duty: Mobile has soft launched in beta in Australia and India, with other regions to follow on iOS and Android.