The latest Payday 2 promotion asks you to plan a successful heist that’s a bit different from what you’d get in the main game.

Payday 2: The Text Adventure is a free browser game about the Payday 2 crew assembling to prep a bank job. You’ll make a handful of choices that will ultimately affect the outcome of the story – and, potentially, what you unlock for finish it.

Completing the adventure will give you a Steam key for a piece of DLC in the main game. I unlocked a PaydayCon 2016 Mask Pack for a successful completion in which, by my count, only two characters died (and another one seemed pretty badly hurt, but, hey). 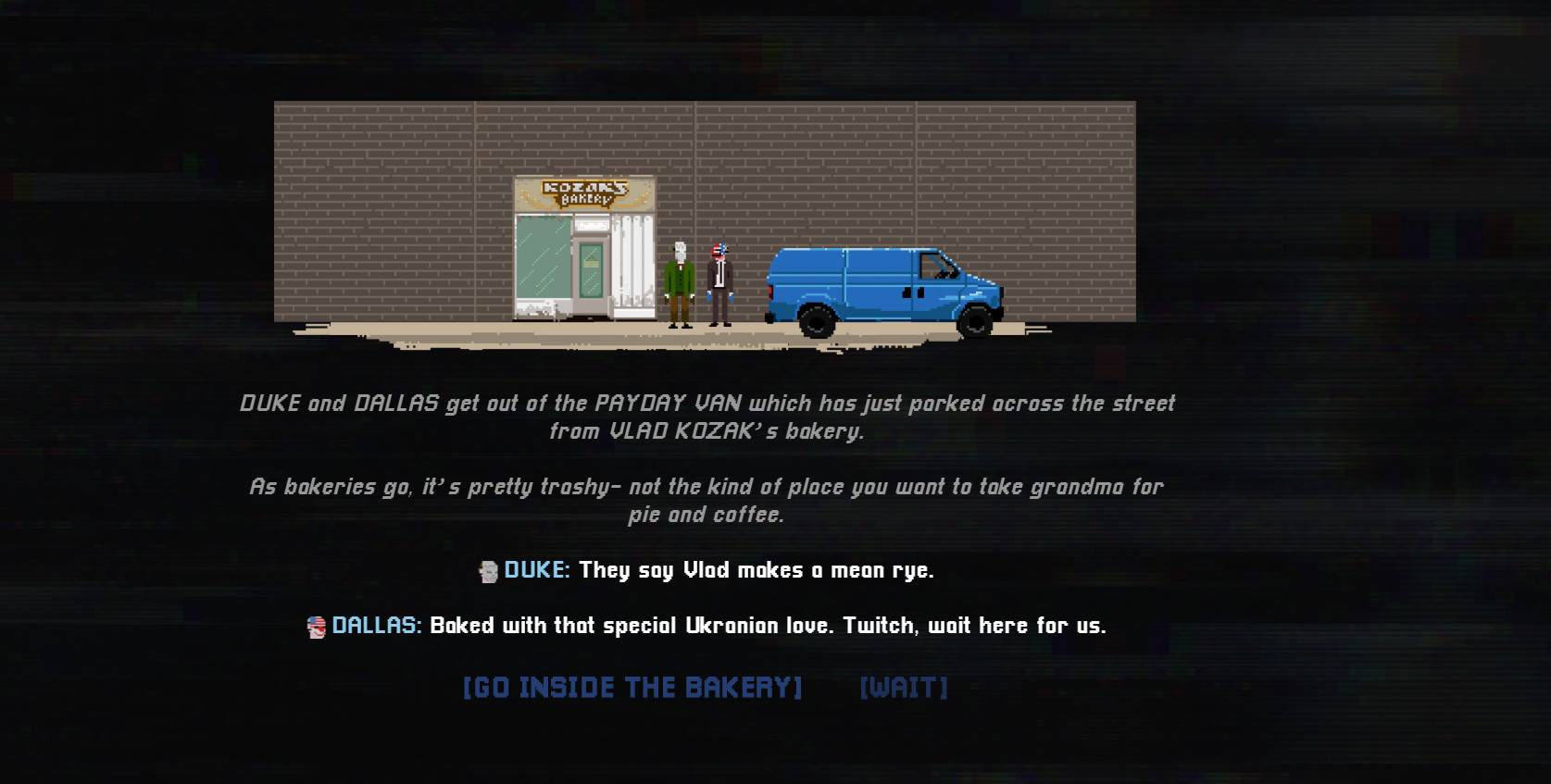 This is a proper visual novel, albeit a very short one (think ten minutes or under) in which you make a few decisions that dictate how the action plays out. Is it possible to fail in your first two decisions? Yes it is.

The text adventure involves the crew collecting an important piece of intel before heading to the bank. In my playthrough I didn’t actually end up doing a whole lot before hitting the successful completion screen – you’ll still need to actually play Payday 2.

For now, though, this is pretty fun, and the commitment to the bit is admirable – this feels small, but definitely not half-arsed.

Payday 2 is currently 75% off on Steam, and Starbreeze could use the extra sales.