Red Dead Online players on Xbox One can now get in on the brutality that is the Ancient Tomahawk alongside the weapon’s own Showdown Mode.

Previously released as PlayStation 4 Early Access content, the weapon is the star of Make It Count: Ancient Tomahawk Showdown Mode. You can pick it up from any of the five Fence locations.

Other Early Access content now available for Xbox One players include the Emotes “Boast” and “Hey, You.”

The Belanger Saddle, Caldwell Hat, Finley Jacket, Perlino Andalusian Horse, and Stenger Studded Spurs are also available. And finally, Last Stand has also made its way onto Xbox One. 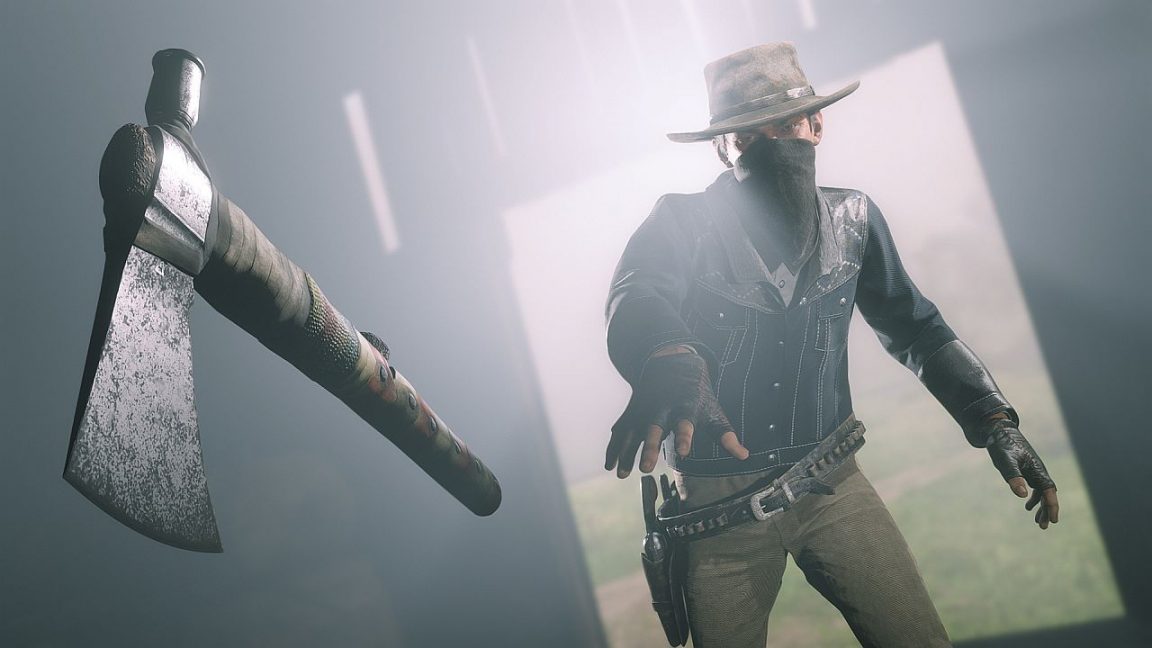 All players this week will find equipped Ability Cards (Dead Eye and Passive) will gain XP 20% faster all week long.

High ranking players will find stables selling Special Saddles with various perks at a 25% discount. Also Horses that unlock from Rank 41 and above can be had at Rank 40.

Two new clothing items have been added to the tailor’s shop and the catalog has its usual new selection. It is also carrying the limited time Griffith Chaps. Get ’em while they’re hot.

Finally, Rockstar said in an upcoming update you will be able to reset your character’s appearance without altering your progress. This will allow you to change how you look and still retain your Playing Style preferences when going into and from Free Roam more.  Sounds great.