Overwatch League 2018 MVP Bang “Jjonak” Sunghyeon is getting his own legendary skin.

Jjonak, a player for the team New York Excelsior, was declared the Overwatch League’s MVP a year ago. Now the game will pay tribute to him with a skin based on him, which is the first time a skin has been based on a pro player in Overwatch.

Sunghyeon and his team were invited to Blizzard HQ to meet with the team and see the skin unveiled. The video below captures the moment, and the skin itself.

The skin is for Zenyatta, and has a heavy octopus motif (the octopus is Sunghyeon’s favourite animal). It’s painted in the team colours, and Zenyatta’s orbs have been replaced by little baby octopi. Here’s a screencap of the skin in question: 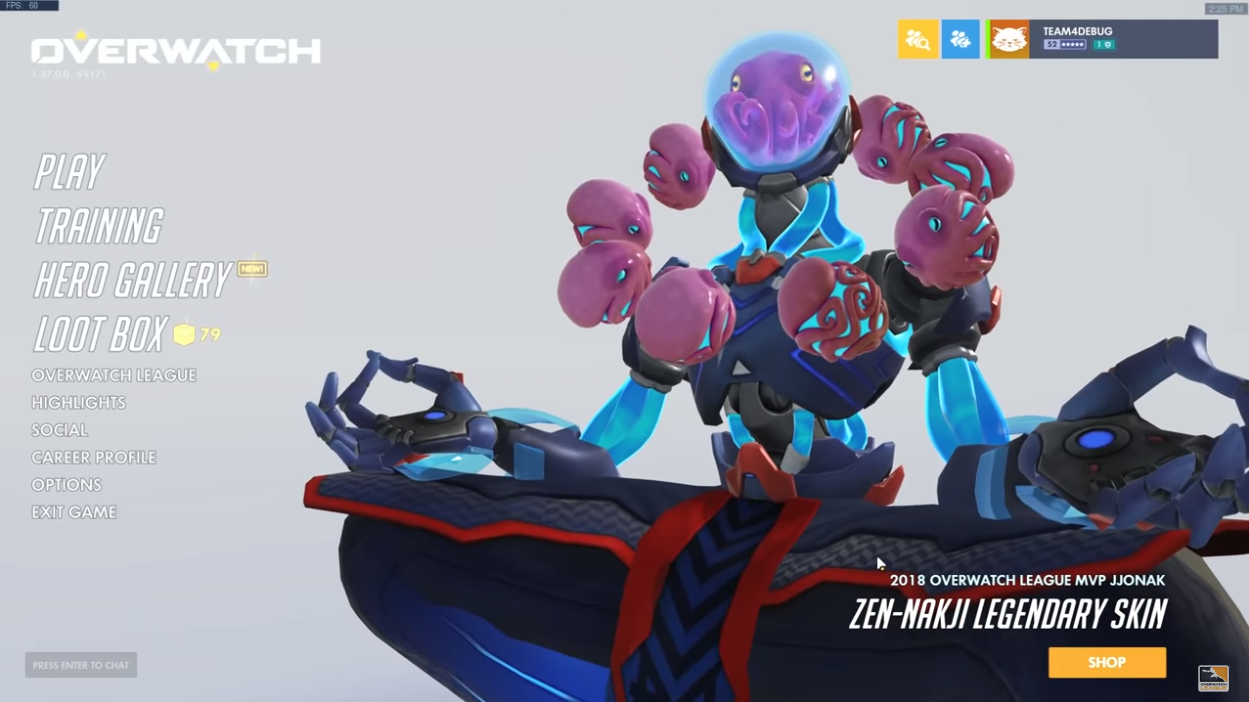 The Overwatch League website has also posted a blog about the new skin, and how it all came together.

The skin will only be available to purchase in-game for a limited time. Between June 27 and July 14 you can grab it for a cost of 200 tokens, which will set you back about $10.