While Harry Potter: Wizards Unite isn’t as exuberant with the monetisation as the Boy Who Lived’s other mobile outings, there is still one hard stop to your progress: Spell Energy. 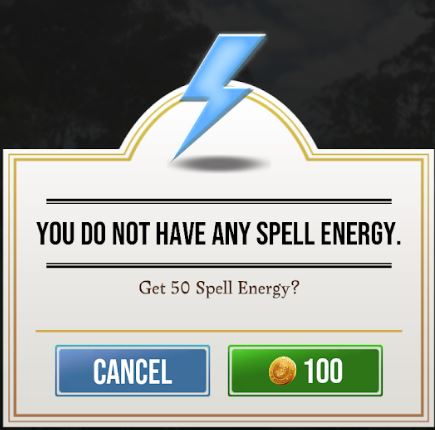 What is Spell Energy, and how much do I have left?

Spell Energy is a resource that’s spent every time you try to trap a Confoundable trace in Harry Potter: Wizards Unite. When you start off the game, you’re limited to a maximum of 75 Spell Energy at any one time, but you can buy more storage space in the in-game shop for 150 Galleons. You get Galleons from completing activities, or can buy them for real money.

If you’re engaging in a heavy spell-casting session, you’re probably going to run out of Spell Energy sooner rather than later – even if it doesn’t fly out of the window faster than a chocolate frog like in Hogwarts Mystery.

You can see how much spell energy you have left by pressing on the suitcase at the bottom of the screen, then pressing on “Vault”.

Your Spell Energy is the number next to the blue lightning bolt in the top left of the screen. Alternitively, it’s displayed in the bottom left when you’re in an encounter.

How to get more Spell Energy

Currently in the game, there are three ways that you can get more Spell Energy – they are:

Like Pokestops that you spin to collect balls in Pokemon GO, Inns are scattered around Harry Potter: Wizards Unite’s in-game map, based on real-world locations, and give you in-game resources when you visit them.

Instead of just spinning the sign though, you eat some delicious wizarding food. Once you’re inside an Inn, swipe across the line below the cloches and you’ll open one, which will reward you with between 1 and 6 Spell Energy.

At a Greenhouse, you can choose between 3 potted plants to receive rewards. You’re not guaranteed Spell Energy here, but sometimes you’ll get a couple along with your potion ingredients. 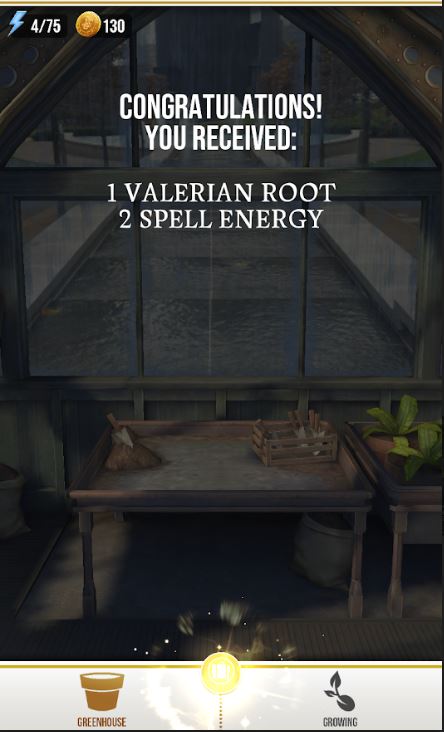 Although, it looks like if you completely fill up your potion vault and don’t upgrade the space, you get 4 Spell Energy every time you visit a Greenhouse. This is actually a really effective way to farm energy if – like me – you live in easy reach of a Greenhouse, but not an Inn.

When all of the Inns in the area have been exhausted, you’ll need to turn to your Daily Quests.

You can view your Daily Quests by pressing on the calendar with the tick mark on it in the bottom right corner, then scroll down to see which reward you with more Spell Energy. They’re usually very simple tasks like picking up one ingredient.

Once you’ve completed a quest, you need to go into that same menu and claim your reward by tapping on it; it’s not just added to your count automatically.

If you’re really in a pinch – or have a fat account sitting in Gringotts – you can also buy more Spell Energy with Galleons. You can either buy 50 Spell Energy on its own for 100 Galleons, or buy the SOS package to grab some along with a few other useful items for £1.99 (or your regional equivalent for) of real money. This package is only available for a limited time though, and can be replaced by more expensive bundles. 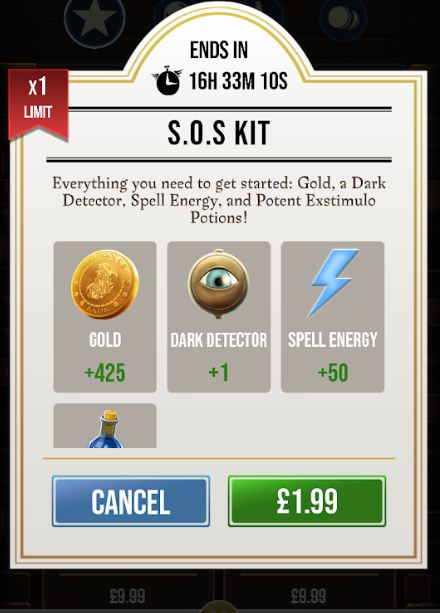 It’s still worth checking the shop, even if you’re never going to spend any real money. Sometimes Niantic and WB Games add a “Complimentary Gift” to the store, which can contain 50 Spell Energy. 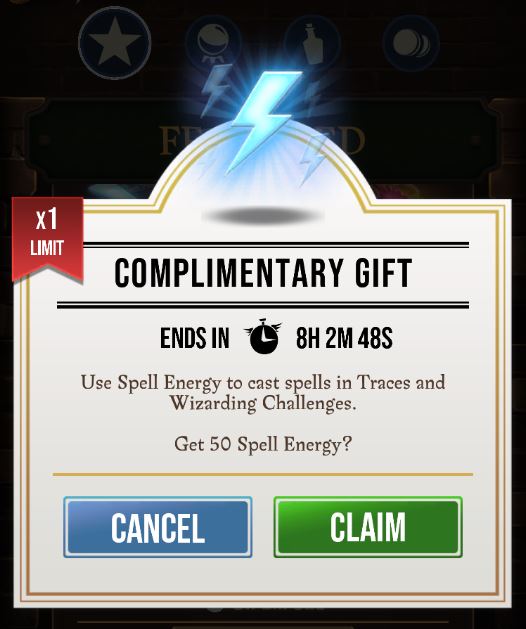 Once you’ve reached level 6 in Wizards Unite, you’ll unlock the Profession system – here’s our run down of which Profession to choose when you start out!

For more gameplay tips, check out our masterful spellcasting guide.