A wand is a witch or wizard’s pride and joy. It’s a deeply personal magical artifact that helps its wielder to channel their energy into every spell they cast, making it hugely important to daily life in the wizarding world. 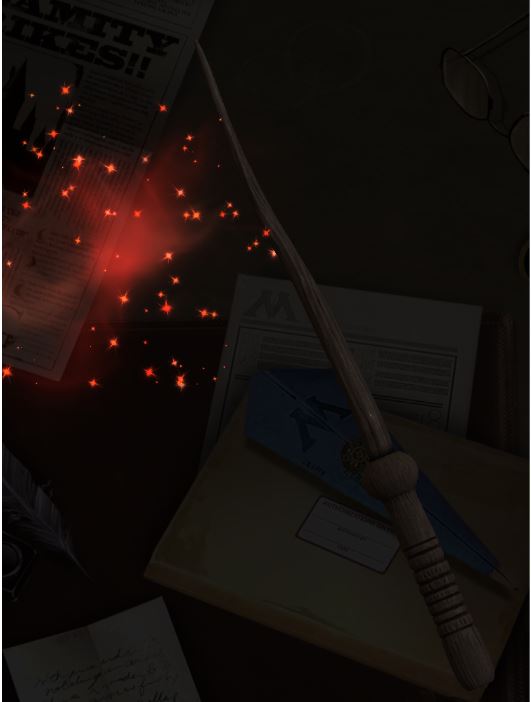 Mr Ollivander might have said, “the wand chooses the wizard,” but in Harry Potter: Wizards Unite it’s you that gets the final say.

There’s an overwhelming amount of choice in the Wand Weighing menu, but here’s how to make sense of it.

How to make the best wands in Harry Potter: Wizards Unite

First off, to make your own wand, you need to go into tap on your profile icon in the bottom left corner, then go to “Register your Wand” in the middle.

From there, you’ll be in the Wand Weighing menu, where you have a wealth of different options.

Tapping on the “i” next to each section will give you an in-lore description of what each kind of Wood, Core, and Length is like.

However, don’t fret too much about combining particular features to make some kind of Elder Wand-beating super-weapon. Right now, it looks like your wand performs the same regardless of what you choose. It doesn’t make it easier to draw spells if you have a really short or really long wand for instance.

Think of your wand like your custom character in another game. Just instead of customising your hair and body type, you can change the characteristics of your wand.

You will then be able to see your created wand when you’re casting spells against confoundables or battling in Fortresses.

One idea that we’ve seen floating around is matching your wand to the one given to you in Pottermore, or using the same as famous characters from the books and movies.

For example, Harry’s wand is 11 inches long, made of holly and has a phoenix feather core.

The Harry Potter wiki has a great resource of all the known wand types for major characters.

For more on the features in Harry Potter Wizards Unite that do affect your magic-casting ability, take a look at our run-down of the Professions – Auror, Professor, and Magizoologist.

To upgrade your skills, you’ll need Scrolls and Spellbooks, and here are our tips on how to cast Masterful spells.

Finally, if you keep running out of Spell Energy, here’s how to get more.