There is a new raid boss available in the latest Borderlands 2 DLC, complete with a bunch of new toys to play with.

To bridge the gap between Borderlands 2 and 3, there’s a new DLC available for free: Commander Lilith and the Fight for Sanctuary. As expected, a bunch of new loot has been added to Borderlands 2 alongside a new raid boss, Haderax the Invincible.

In order to access the new DLC, you’ll need to be level 30. If you’re jumping in for the first time, check out our guide on how to get a level 30 character and access the DLC.

You can also check out our guides on how to get your hands on some Effervescent loot, as well as how to get Legendary weapons like the Overcompensator.

Borderlands 2: how to defeat Haderax the Invincible 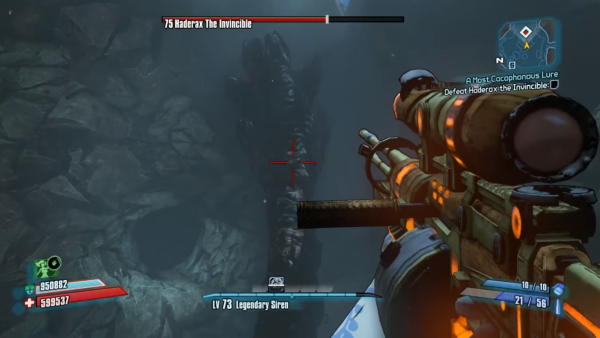 Haderax is a challenging enemy, so let’s take a look at how to beat him. He has the ability to self-heal, so you can’t just go in all guns blazing. He also has a very high-speed stat, so you’ll need to work quickly to remove the self-heal ability and keep up with his attacks.

This fight is obviously much easier as part of a team, so get a group together before you begin.

Haderax has a weak spot at the back of his head, so when he goes to perform a slam attack you should focus your attacks there. He also has a weak point in his mouth, where you can deal even more damage.

There are some platforms around the chamber where you’ll face Haderax that you can use to your advantage. Have someone jump onto those platforms to act as bait so he’ll use his slam attack, then have the rest of your team aim for his weak spot.

If you hit the back of his head enough times there’s a chance you’ll stun him, giving you the opportunity to fire at his mouth.

Keep an eye out for Sand Worms and Haderax’s attacks and you should have him down in no time.

Borderlands 2: how to get the Toothpick Assault Rifle 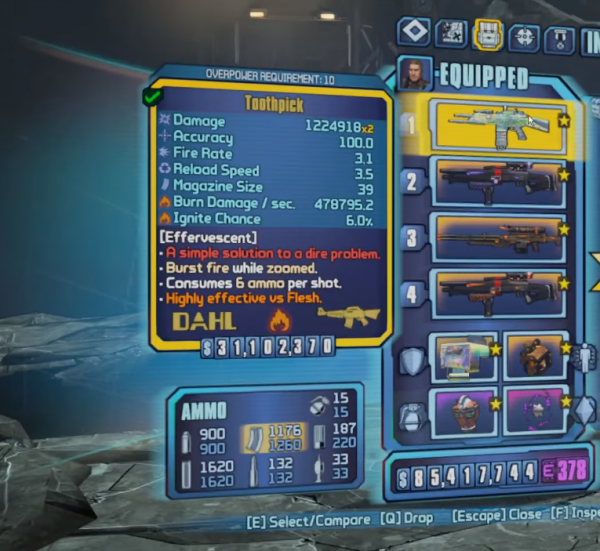 There’s a bit of RNG to getting this weapon, so we’ll advise you as best you can. For PC players, you can exploit the read-only method, which Ki11er Six has made an excellent tutorial for.

The perfect Toothpick Assault Rifle roll is a bit of a beast with 100 Accuracy and an incredibly high damage stat. Its fire rate is a moderate 3.1-3.4 and it also comes with high Burn Damage as well as a six per cent chance of igniting your foe.

It can also have +50% Melee damage, will burst fire when aiming down sights and is described as being “highly effective vs flesh”. Gross.

It shoots two horizontal lines of five bullets at a time, so you really will light the place up. It has Rainbow Rarity and is most likely to drop from Sand Worms or Sand Worm Queens.

The best place to farm Sand Worms is over at The Backburner where you’ll find Vaughn. He has a quest called The Hunt is Vaughn that you can access later on in the DLC. It takes you to The Burrows to meet with some Bandit Recruits in order to destroy some Sand Worms.

It would be a good idea to save before you begin the mission. If you manage to find and kill a Sand Worm Queen and the Toothpick doesn’t drop, saving the game afterwards means that the Sand Worm Queens won’t respawn if you revisit the area. This is where the read-only method is useful for PC players, but console players might need to grind it out.

Keep at it until it drops and if you haven’t faced Haderax yet, then be sure to take the Toothpick with you as it deals massive damage to him.