Game developers try to show, not tell, when teaching you about how a game works. But on the stages of E3 this year, they haven’t been showing very much either.

Some conference reveals were short films, like Halo Infinite’s isolationist thriller, Gears 5’s psychological trip through its history, or Ghostwire’s spooky study of public life in Tokyo. Others were sizzle reels, for the likes of Wolfenstein: Youngblood or Crystal Dynamics’ Avengers, made up of in-game moments spliced together for maximum impact. But far rarer was the seamless gameplay footage that purported to show off exactly how a game would play, moment by moment. Doom Eternal, Final Fantasy 7 and Watch Dogs Legion stood out as notable exceptions – while other extended footage was relegated to post-show streams like Nintendo’s Treehouse: Live.

If you want a theory as to what’s changed, Watch Dogs is a good place to start. The original game’s 2012 E3 reveal was unquestionably the most brilliant of the show, gluing the camera to Aiden Pearce’s trench coat for nearly ten minutes as it flapped through the Windy City, demonstrating how the protagonist would hack his way into Chicago’s most private spaces while his hands barely left his pockets. 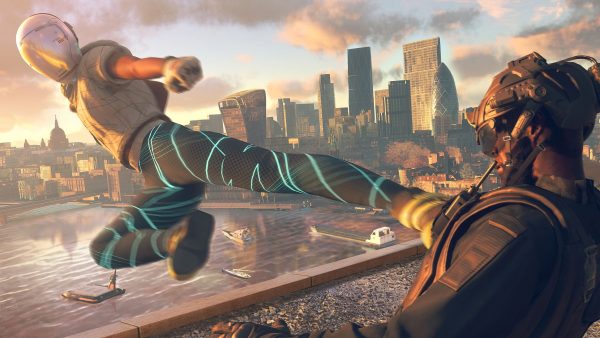 The demo also invited direct comparison to the game that came out two years later. Watch Dogs was an early subject of YouTube videos that juxtaposed demo footage with finished games to suggest a graphical downgrade had taken place, and that players had therefore been shortchanged. The furore was such that Ubisoft put out a statement to placate fans, in which the publisher said that “the notion we would actively downgrade quality is contrary to everything we’ve set out to achieve”. There’s no question that the controversy contributed to Watch Dogs’ iffy reputation at launch, and arguably to the lacklustre sales of its much better sequel.

Since then, ‘graphical downgrade’ videos have become a thriving subgenre on YouTube, targeting huge games like Anthem, The Division, and The Witcher 3. They feed into a growing suspicion of game studios which paints developers as liars, out to deliberately mislead gamers in pursuit of greater profits.

This increasingly adversarial relationship was visible at times during E3 2019, too – as when Mythic Quest creator Rob McElhenney said, with a wry smile, that “nobody smells bullshit like this particular community”. Or when Elder Scrolls Online creative director Rich Lambert said that gamers were “definitely not afraid to tell us how you feel”. It was a show where “excitement” became a euphemism for past community uproar, and where at times developers appeared afraid of their audience. In that atmosphere, extended gameplay footage was a source of possible community scandal that publishers largely chose to avoid. 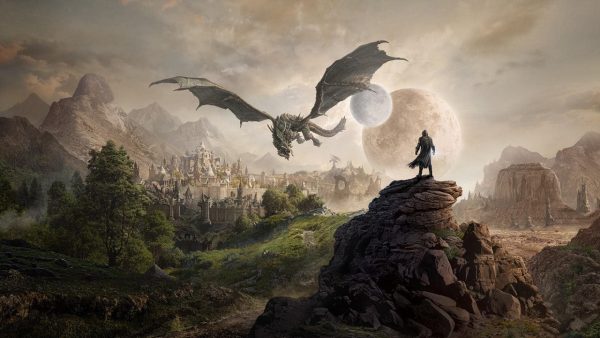 In truth, gameplay demos at events like E3 are subject to change. They’re often built as vertical slices – self-contained examples of what a sequence will look like once every feature and asset in the game has reached its highest level of polish. They can help studios accurately schedule the rest of development. And in the case of Watch Dogs, making that notorious E3 demo forced the team to lock down the look and feel of the game.

“A lot of developers don’t like to do E3 demos, because they take a lot of time and production,” animation director Colin Graham once told me for a PCGamesN interview. “But it came at a really good time for us, because it helped us say, ‘That’s what we’re going to make.’”

Before then, nobody was completely sure what Aiden would wear, how he would move, or what tools he would use – nor exactly what shape Chicago and its people would take. Afterwards, Watch Dogs’ huge triple-A team was working towards a shared vision. Perhaps this week’s Legion demo has performed a similar function – even if it has opened up Ubisoft to yet more unfavourable comparison videos. 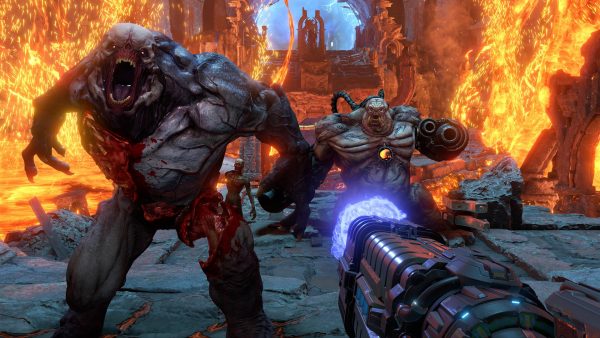 And what has the decline of the gameplay demo meant for us, the viewers of E3? Just a few years ago, we rolled our eyes at the moments a developer would bring a controller out on stage and not appear to connect it to anything. We laughed at the wooden choreography – as presenters did their best to imbue tightly planned sequences with a semblance of spontaneity – and the times actors would simulate player voice chat. But with all that absurdity, we’ve lost something too.

Watching Bethesda’s Doom Eternal demo, I could feel my fingers twitching – as close to interacting with the game as I will be until its release in November. It was one of the few times during E3’s conferences this year I could get a real sense of what a game would be like to play. Without that footage, the shows are left feeling like the trailers before a movie – plenty of sizzle and not a lot of meat.