Getting stuck into The Division 2 during its free weekend?

At the start of The Division 2 you don’t get a lot of skill unlocks to play with, so you’re going to want to make the right choice for your play-style. Different skills are more effective for solo players, while certain abilities have powerful synergies in a team. Here are our picks of the best skills in The Division 2 to unlock early.

You’ll unlock more and more skills as you progress through The Division 2’s story, so you’ll have access to everything eventually, but it’s important to have to access the right skills for the job – especially if you’re blasting through the early game alone.

We’ll be updating this as a meta emerges in the Dark Zone and balance patches take their toll, so check back if your set-up just isn’t doing for you any more.

The Assault Turret is just about the best skill we’ve seen so far for solo players. A lot of the combat in The Division 2 is cover based, and it’s easy to get overrun and flanked by surges of enemies. 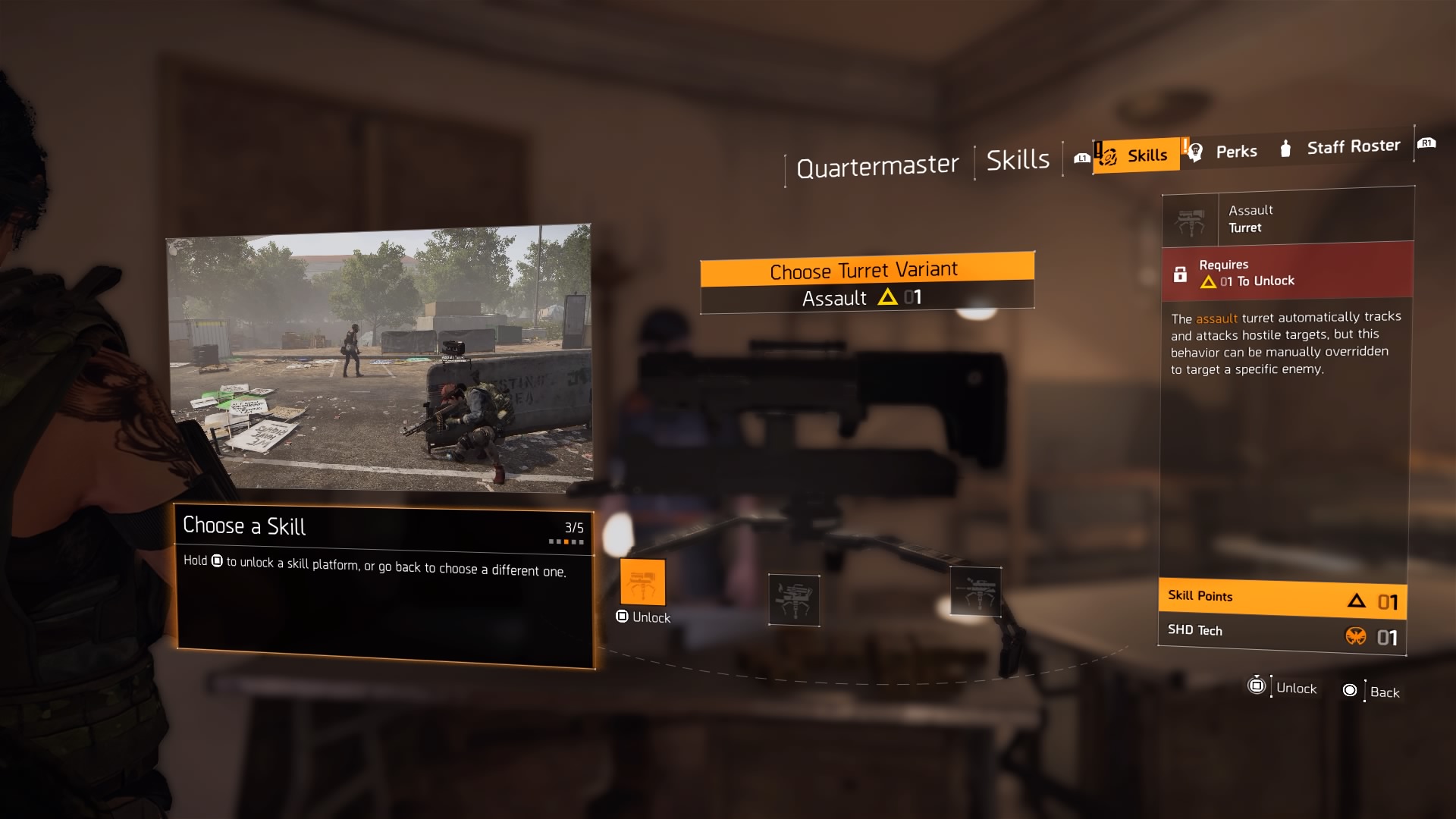 Not only does the Assault Turret dish out a decent amount of automatically targeting damage, it also draws the aggro of enemies, giving you much needed breathing room in a pinch.

This is a great pick for a first skill to pick up since it’s versatile and powerful.

The in-game description of this skill doesn’t exactly talk it up, but the Crusader Shield is actually very, very good, with both defensive and offensive applications – especially for solo players.

Despite not covering your legs, the Crusader Shield blocks a massive amount of incoming damage without compromising your offensive output too much. 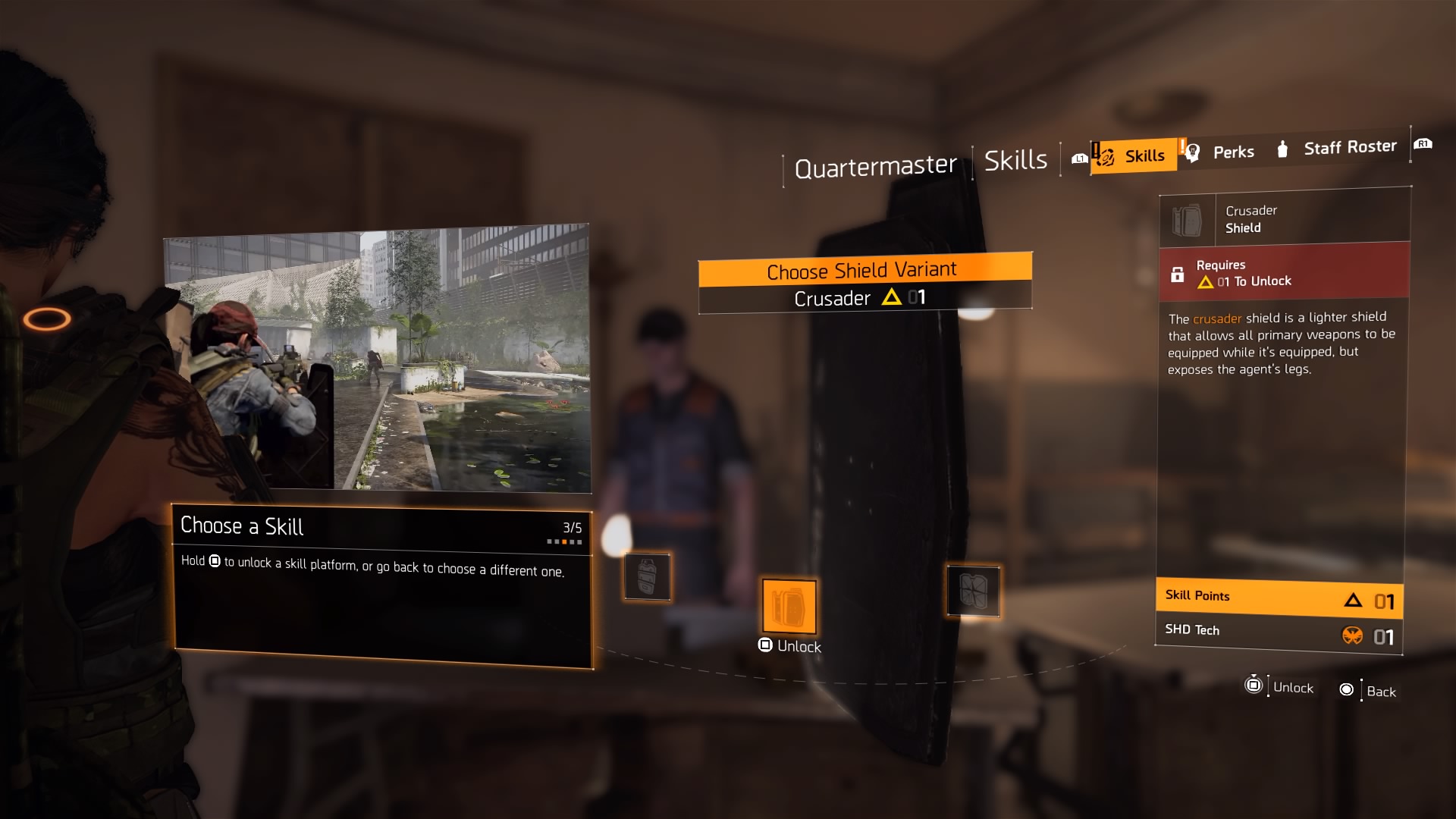 It deploys quickly, meaning you can throw it out if you get surprised by an enemy and need protection to regroup. The protection is also really valuable if you’re low on armor kits.

If you’re going on the offence, the Crusader Shield lets you push forward to get better angles on enemies without sacrificing a ton of your health. This can help you break out of a pinned position and turn the tables.

The Striker Drone is similar to the Assault Turret, in that it dishes out helpful continuous damage.

But where the Turret is great at defending your current position, the Striker is great at seeking out hard-to-reach or far away enemies that are pinning you down and taking them out.

Teammate downed somewhere you can’t reach them? No problem, just chuck a Reviver Hive their way and they’re back in the fight. 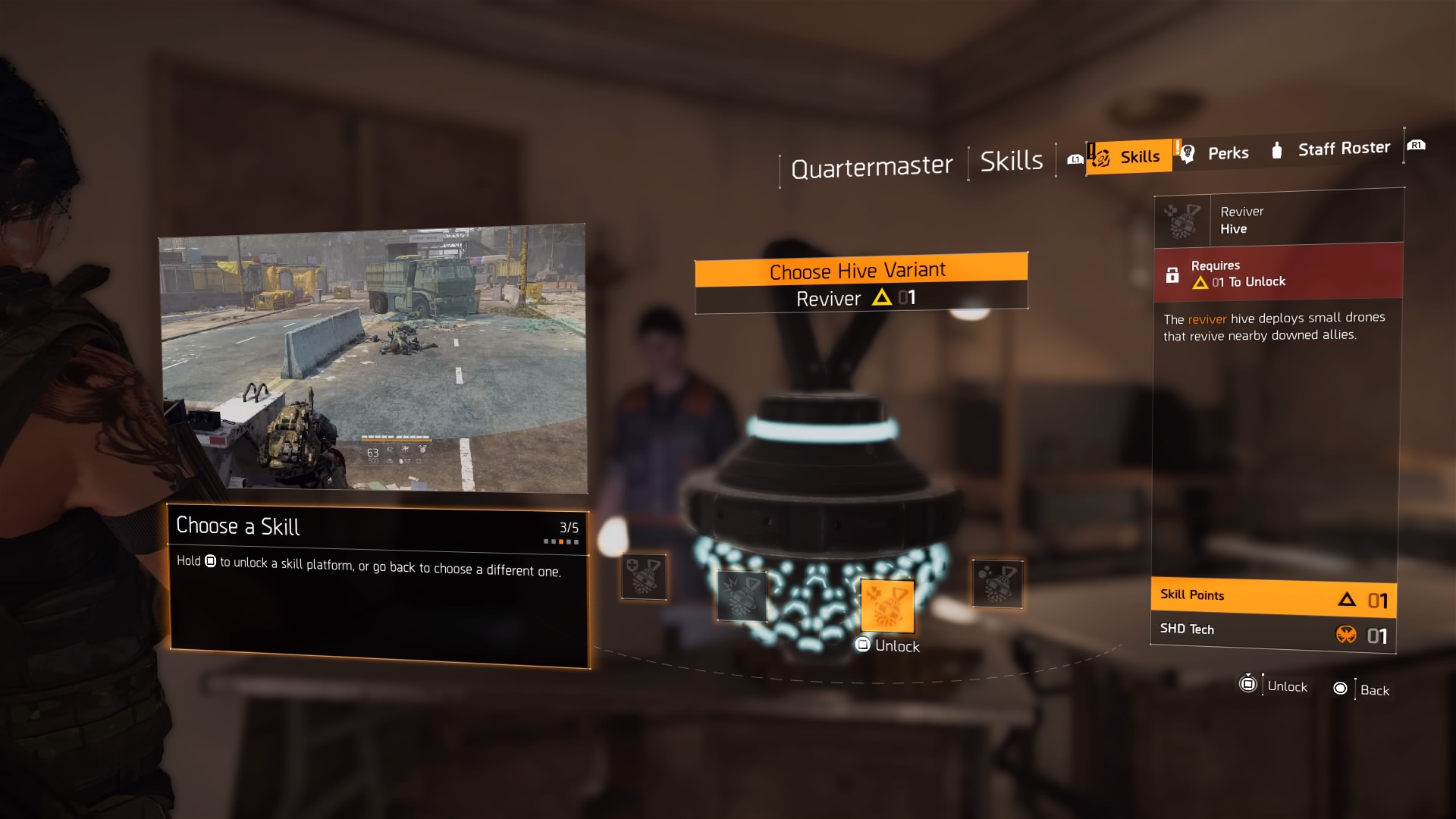 This is a really powerful team-focused skill which can make for a huge power-play if a boss fight just isn’t going your way.

In a similar vein to the Reviver, the Fixer Drone is another strong team-oriented skill that can get other players back in the fight quickly. 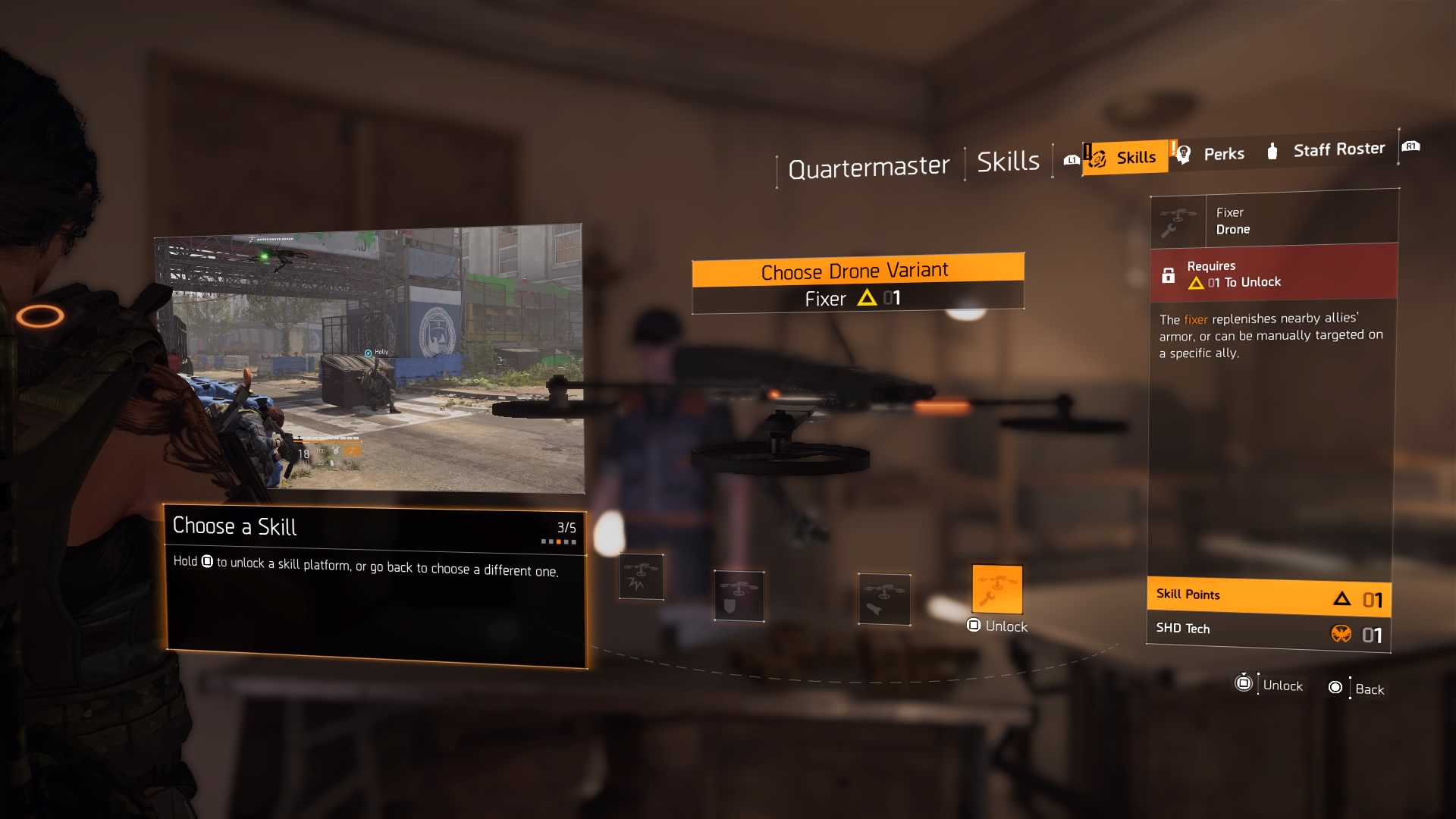 If you’re running low on resources, or your teammate doesn’t have time to heal themselves, you can send the Fixer Drone over to save the day.

The buff applies to all allies in range too, making this an efficient heal skill for larger teams too.

With your skills locked in, why not step up to help an agent requesting backup? Or go in search of Hyenas, Outcasts, and True Sons keys to open their special caches.