Three’s not even close to a crowd in Animal Crossing: New Horizons.

Nintendo revealed more multiplayer details during yesterday’s livestream of Animal Crossing: New Horizons. During a Treehouse demo, developers Aya Kyogoku and Hisashi Nogami announced that four players can jump in with a single joy-con each.

The pair later confirmed to IGN that you’ll be sharing a single screen, rather than split-screen.

Plugging into the network doubles that count. Up to eight players can pitch together on an island through Switch Online and local wireless connections. In typical Nintendo fashion, it’s a bit more complicated than it sounds. 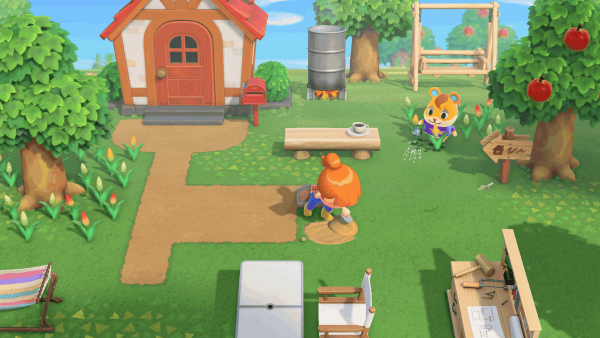 You can’t set up camp on a friend’s island, or have more than one island per account. What you can do is create up to eight accounts on one Switch, and can all pitch up on the same plot. Okay, Nintendo.

Kyogoku and Nogami also confirmed fan-favourite Isabelle will stop by to visit. But she’s a busy woman (what with all the Smash Bros’ing) and you’ll have to earn her presence.

Tidy up the island and draw in a crowd, and the delightful dog might pop ’round for a coffee.