Rage 2 is out and it’s brilliant, mixing bombastic shooting with a deep and varied open world. Scattered across the irradiated landscape are Arks – huge vessels where you’ll find a boatload of loot, as well as the game’s best weapons and abilities.

You don’t actually visit most of them during the game’s relatively short story, so to get the most out of your time you’ll need to seek them out.

Below is every Ark location we’ve found so far in Rage 2, so you can barge your way through the pink post-apocalypse with glee.

We’ve also got a new trailer for the first Rage 2 expansion, Rise of the Ghosts, which is coming in August.

Like most open world games, there’s a fair bit of traversal to get from point A to point B. But in the case of Rage 2’s Arks, it’s worth it. Nestled inside each futuristic sky chest is a dangerous goodie to savour, whether that’s a tasty weapon, devastating power-up, or game-changing movement aid.

Marked on the maps below is everywhere you can find an Ark. Once you’ve discovered the area and battled your way inside, grab what you need and let rip.

Pay attention to the enemy difficulty of each Ark – this is the rough order at which you should attempt the challenge.

Towards the south of the worldmap, the Junker’s Pass Ark is near the centre of the area. 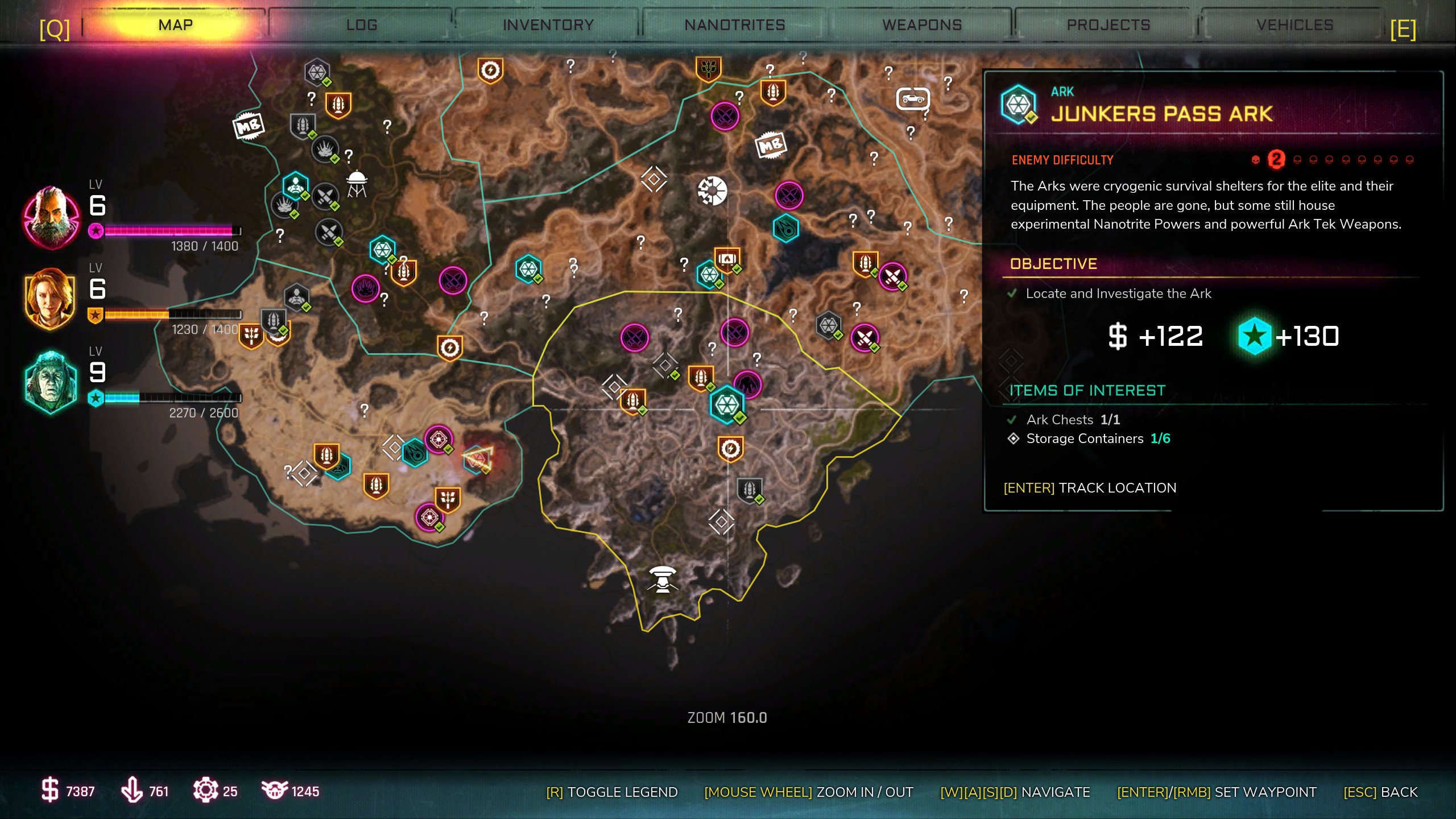 To the west of the Canyon Cove Ark, and north of the Junker’s Pass Ark, you’ll find the Great Crack. 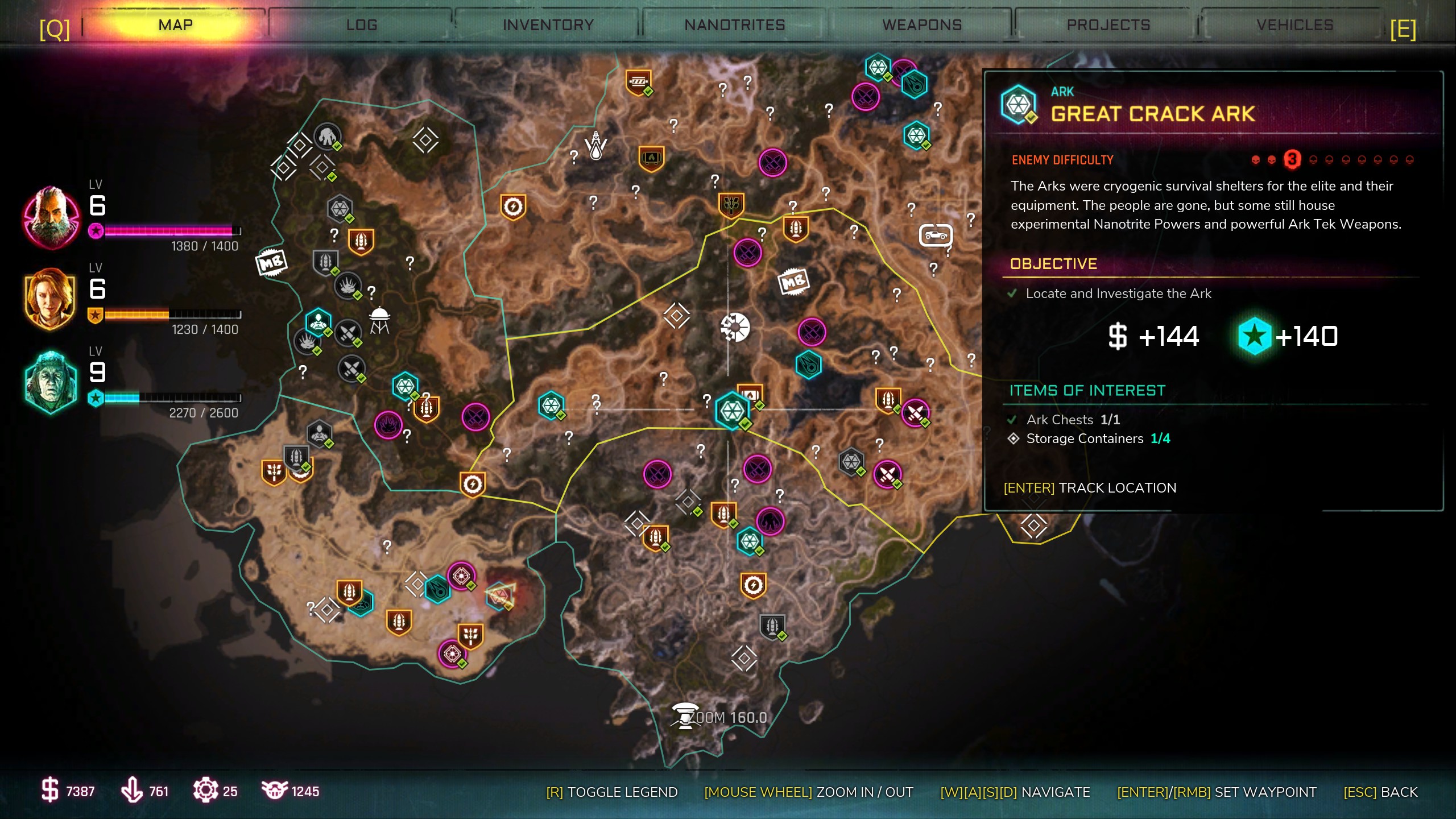 The Earthscar Ark is towards the north of the world, roughly in-line with the Canyon Cove Ark. 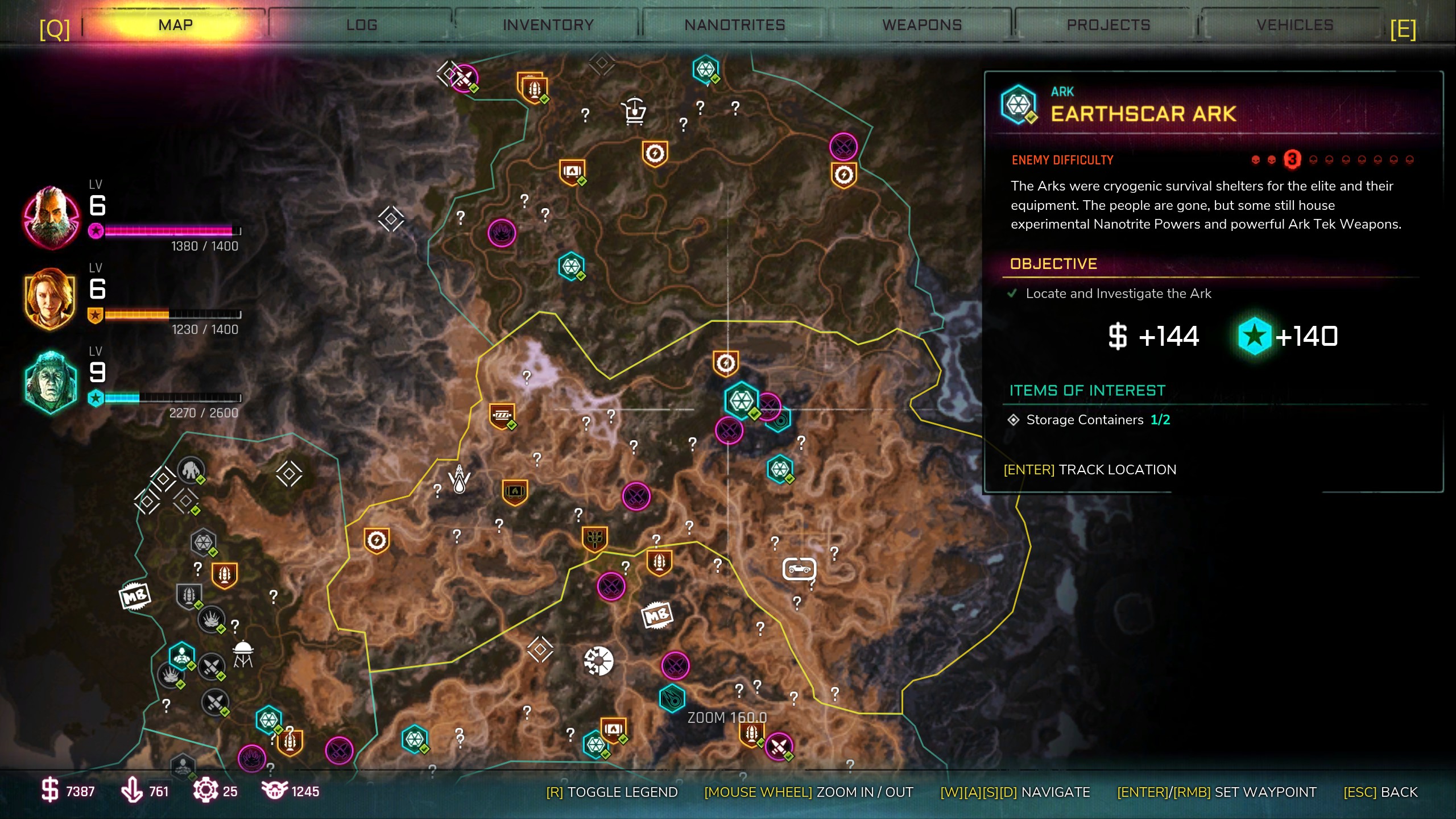 Towards the northeast of the worldmap you’ll find the Strongbox Ark. 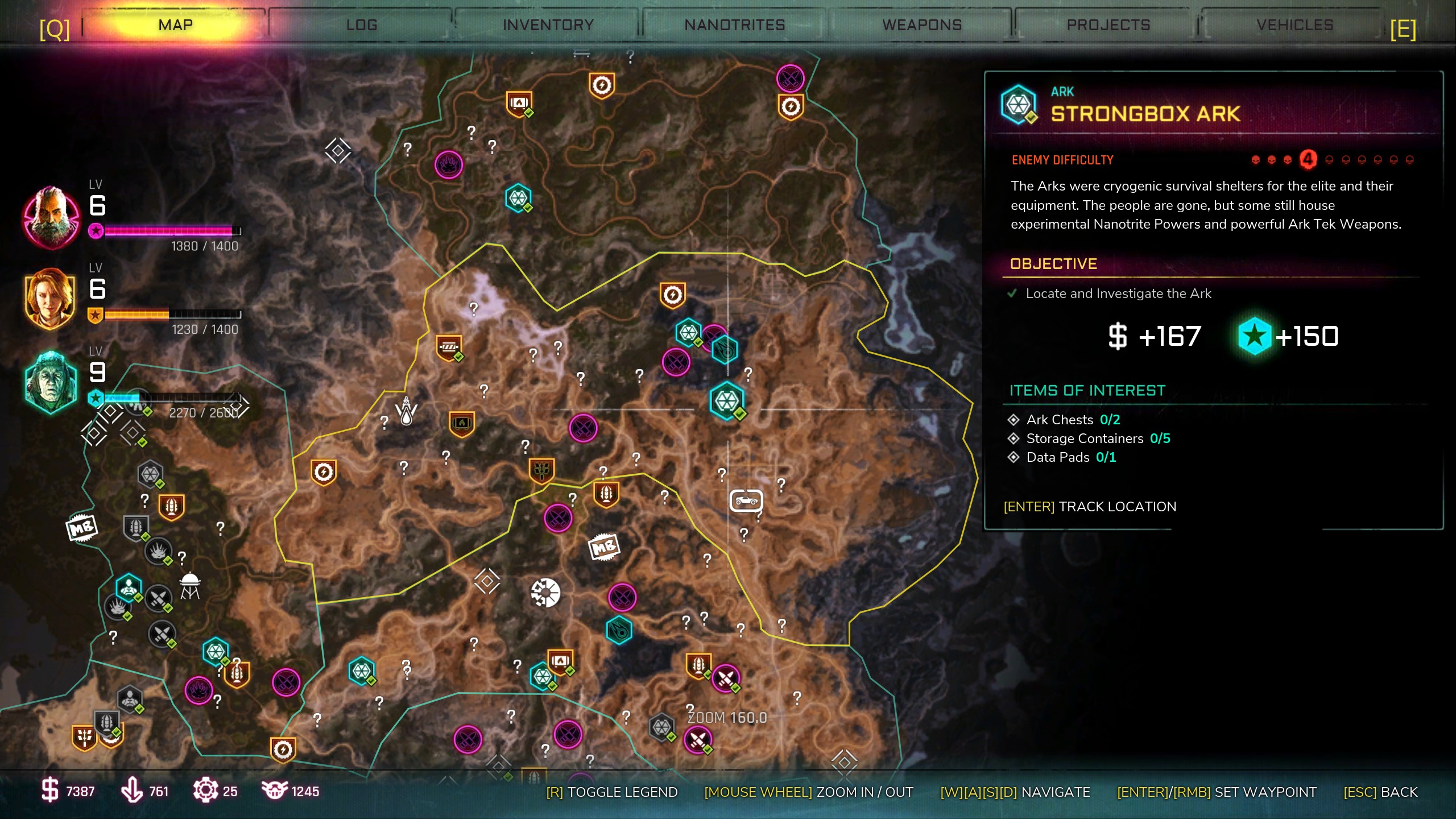 The Canyon Cove Ark is in the southeast of the area, near the border with Junker’s Pass. 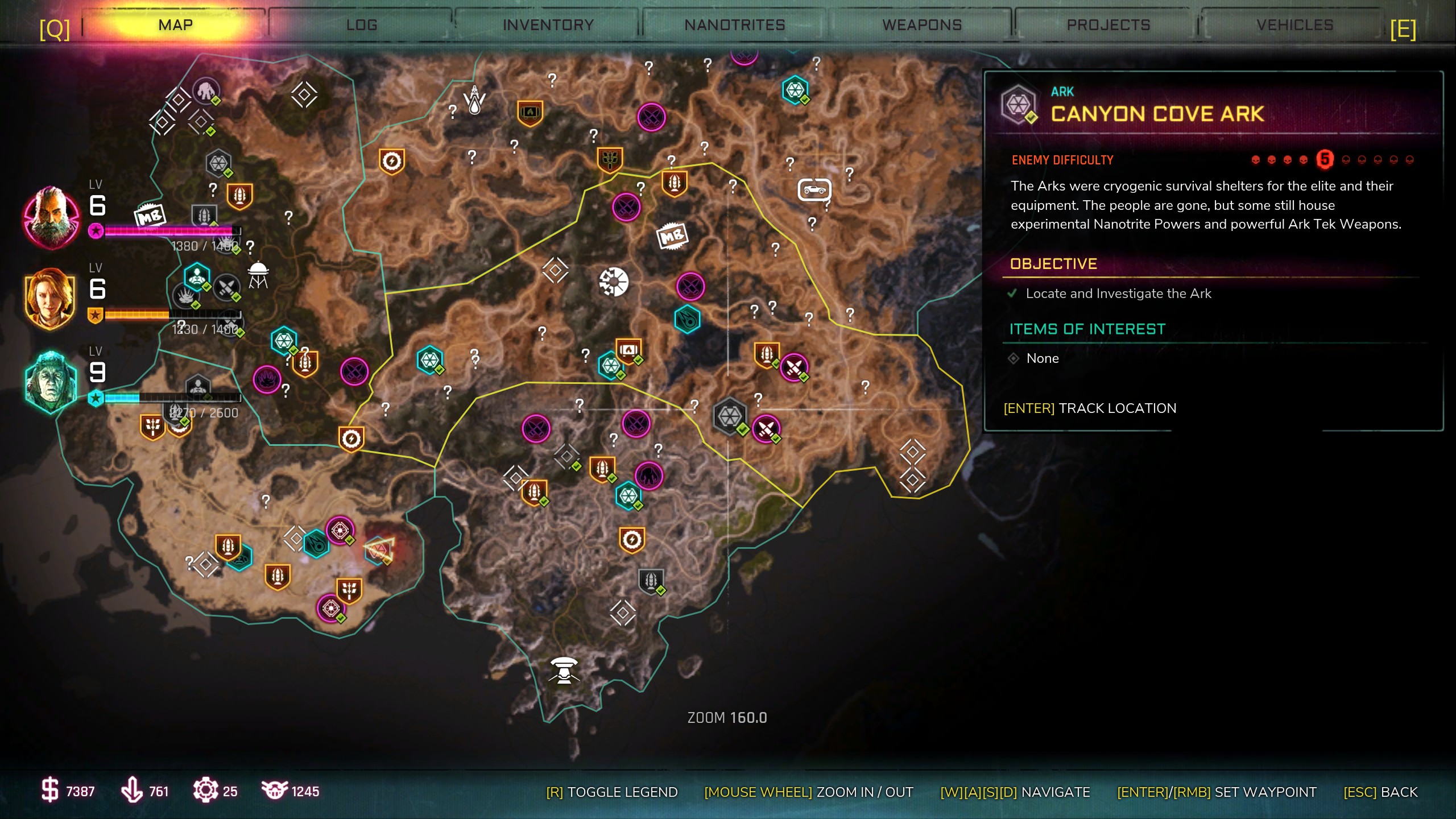 The Spikewind Ark is in the southwest of the world, near the Junker’s Pass Ark. 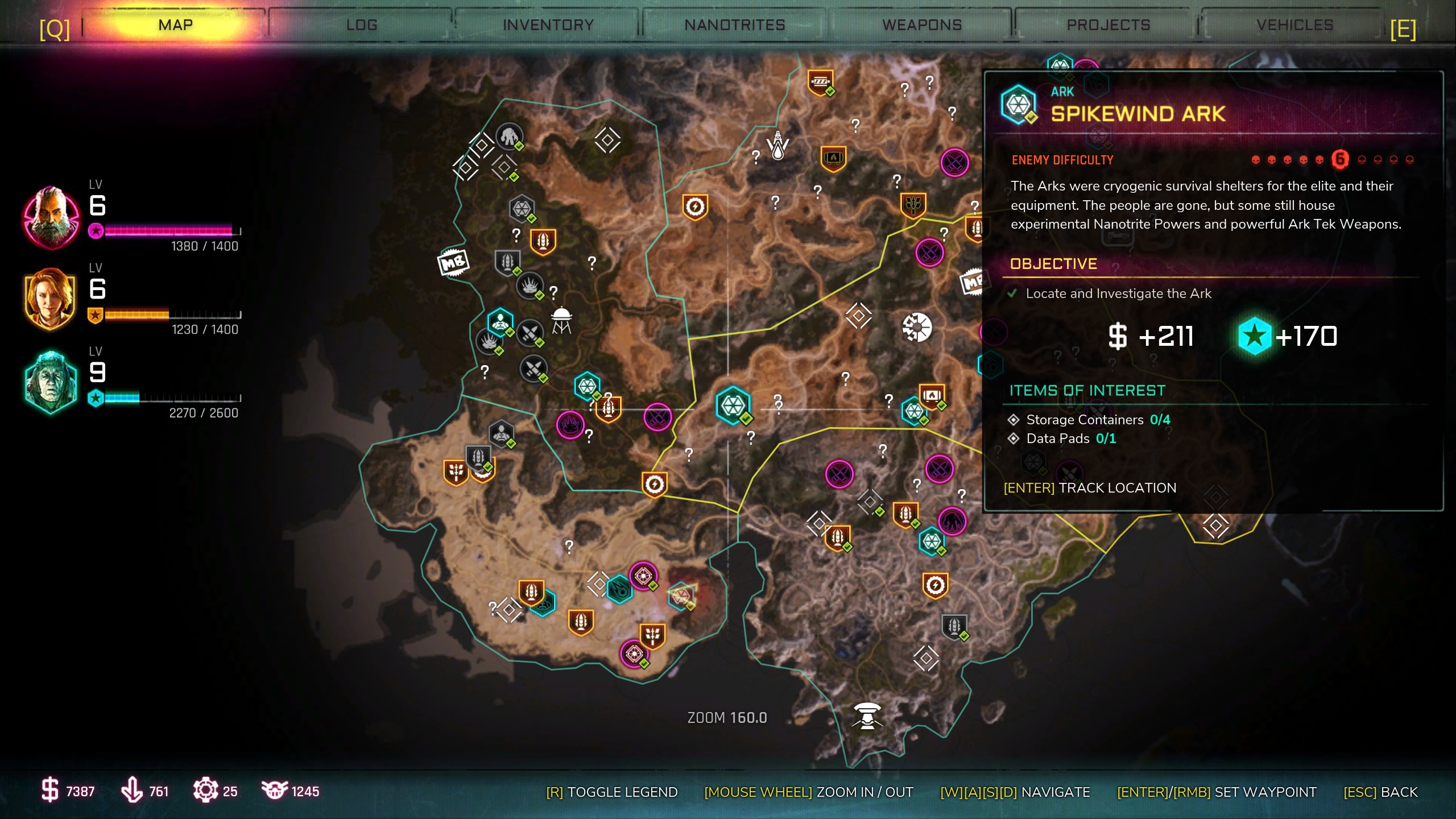 Keep going west from the Spikewind Ark and you’ll find the Dealypipe Ark. 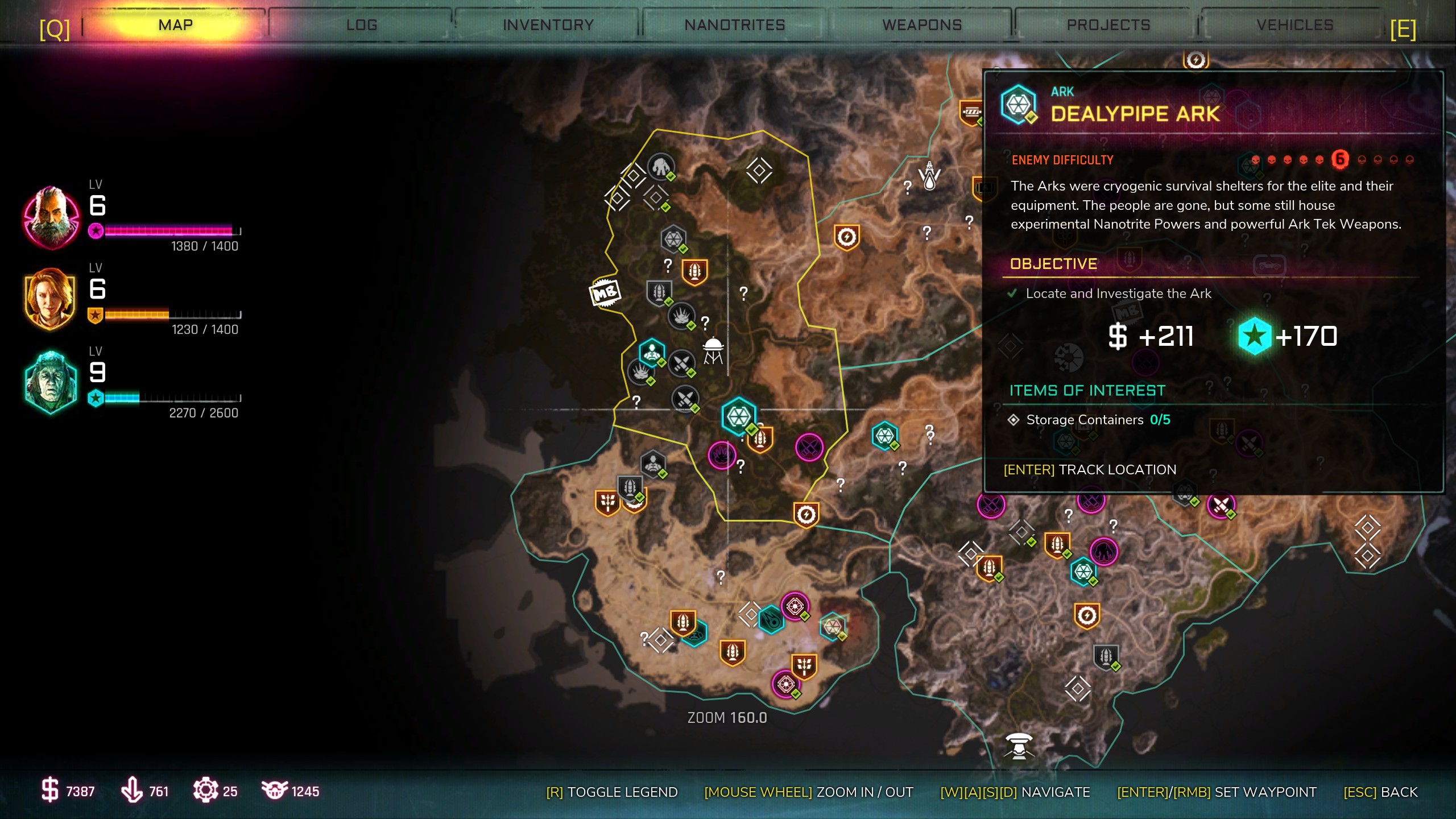 The Shrouded Vault Ark is the furthest south, right down in the southwest corner of the map. 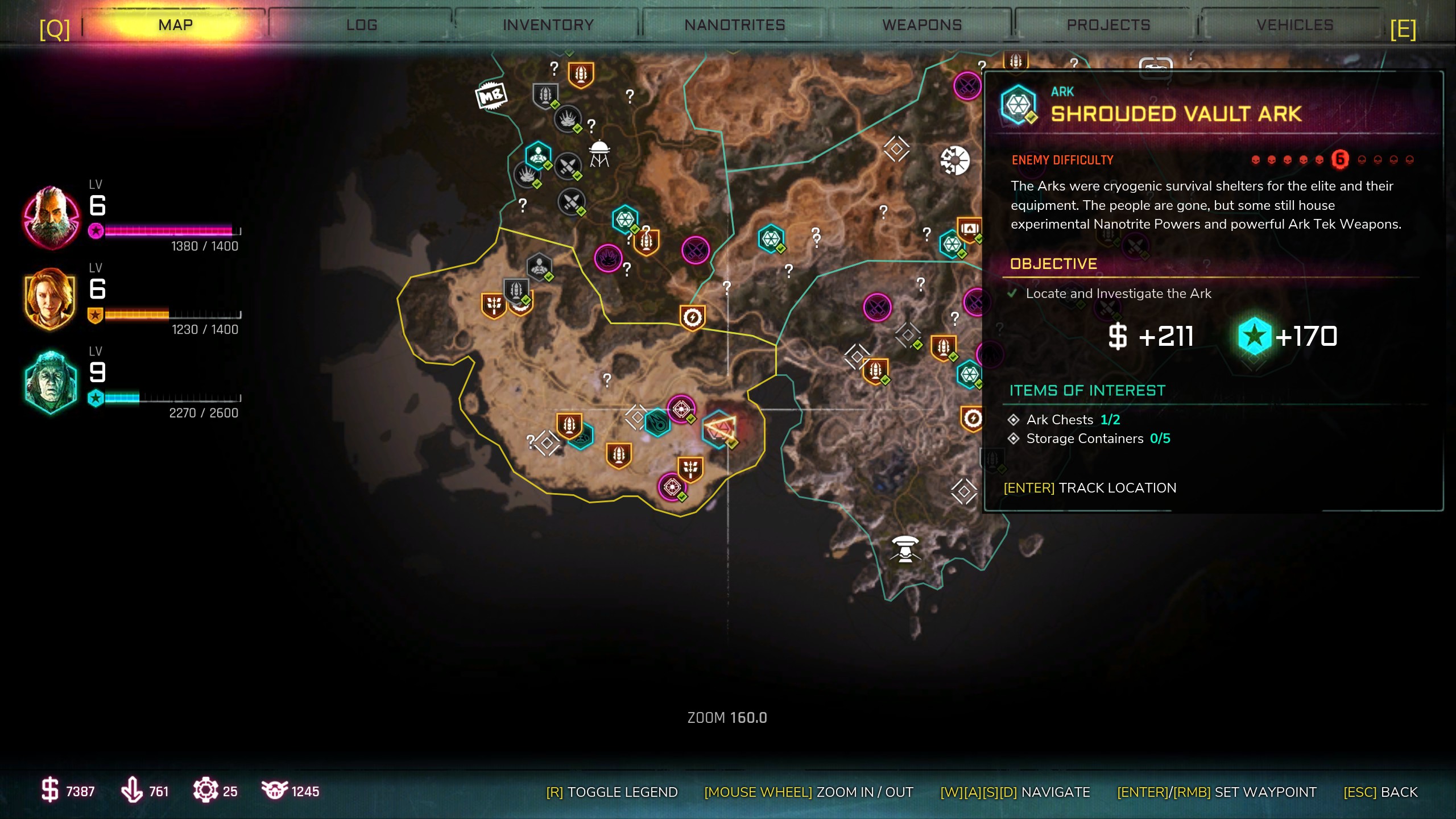 You’ll find the Dank Catacomb Ark up in the northwest of the worldmap. 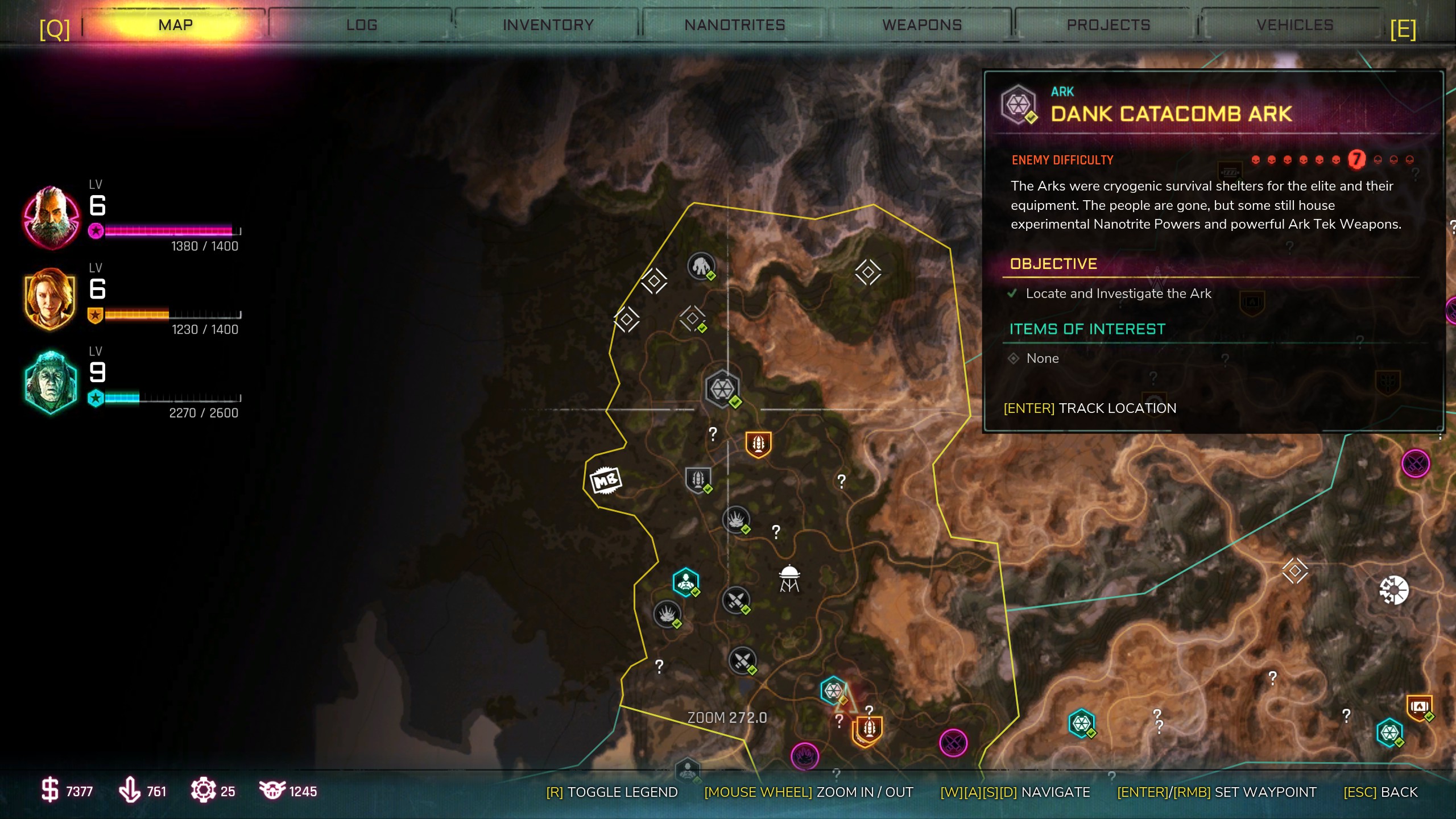 In the northernmost area of the map, you’ll find the Needle Falls Ark towards the southwest of the area. 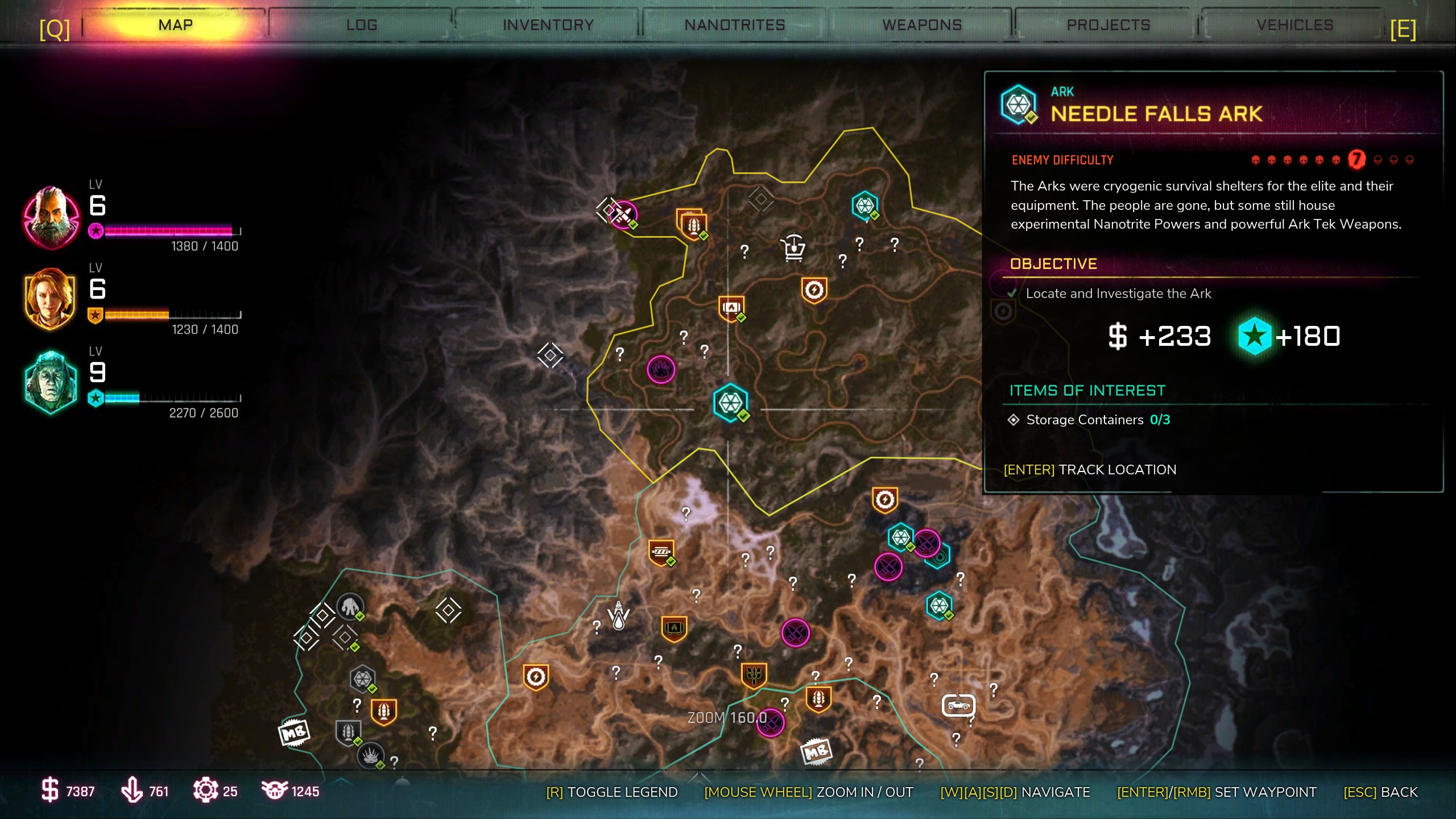 The toughest Ark in the game is also the furthest north. 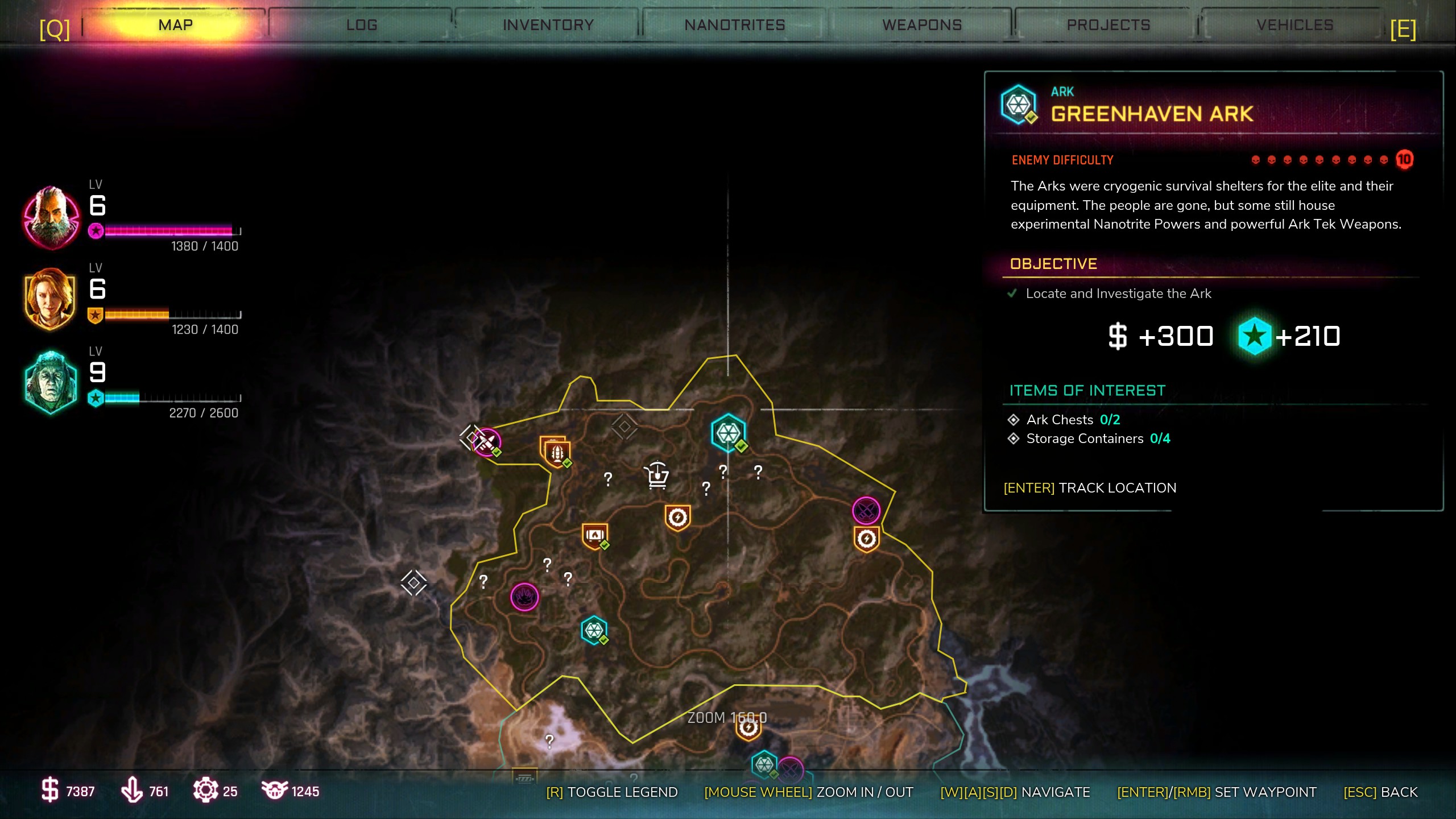 For more on Rage 2, check out our full review and our Rage 2 cheat sheet.