Assassin’s Creed Odyssey will soon be getting a Story Creator mode, if a series of tweets and leaks is anything to go by.

While non-specific, it sounds an awful lot like the ‘Story Creator mode’ community manager Dominik Voigt wrote about in April – before swiftly taking his post down. He mentioned wanting to “take our philosophy of empowering player choice furth[er]”. Fans have since noticed new tooltips in Odyssey that refer to ‘My Stories’. 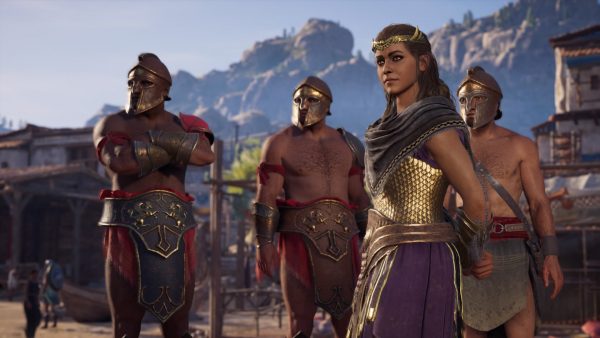 Put all these clues together, as PCGamesN have, and you can see a picture emerge of user-generated quests – designed to keep Odyssey’s journey rolling forever.

Not that it necessarily needs it. The game is already phenomenally long, and has just added the three episodes of the Fate of Atlantis DLC to its total playtime.

We should hear more about any Story Creator mode at Ubisoft’s E3 show. The publisher is also rumoured to be unveiling a space-set Rainbow Six game on Monday, which will pit operatives against aliens in co-op.