The moment Assassin’s Creed Odyssey revealed that you could not only play as a female protagonist but also have the option to romance characters of either gender, I knew that Kassandra was destined to be a queer gaming icon. At least until controversial DLC chapter ‘Shadow Heritage’ came along.

For lesbian players living out their fantasy as a badass female Spartan wooing women all over the Greek islands, being forced into a heterosexual relationship and parenthood would have been an offensive invalidation of their identity. Ubisoft fixed this, but how did it happen in the first place?

Unlike BioWare’s brand of role-playing and romancing, you aren’t creating your own personalised avatar of Shepard or Inquisitor in Odyssey. Kassandra is more on par with Geralt in The Witcher: a character whose choices you can shape in many ways, but he’s still straight. It makes you wonder why Kassandra couldn’t have just been written as queer from the start. 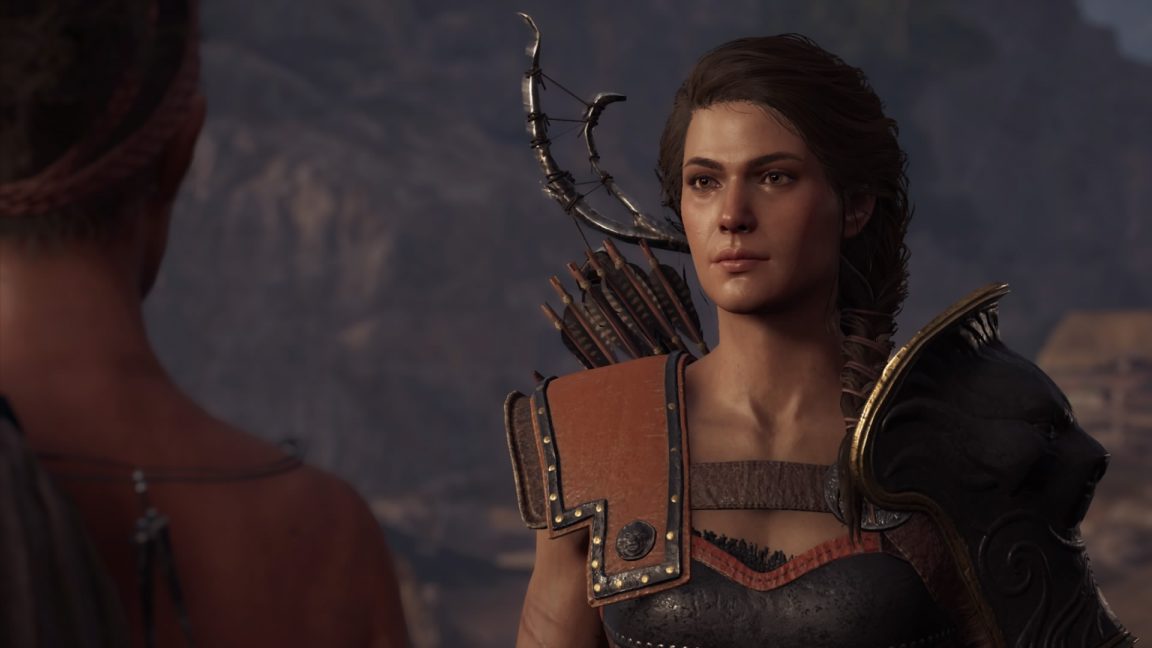 “I would rather have the option to play a character as queer rather than no option at all, but I definitely don’t think it’s ideal,” says Leighton Gray, a queer woman and co-creator, co-writer and art director of dad dating simulator Dream Daddy. “It feels like the bare minimum, and we deserve better representation than that.”

It’s a running theme for other triple-A publishers that we have been quick to celebrate for their progress in LGBT representation. Take Life is Strange, where Chloe’s exact relationship with Rachel had been ambiguous in the first game. For prequel Before The Storm, this becomes explicit when the two girls kiss in one tender scene. Yet you’d also be overlooking the fact that this wonderful moment for LGBT representation is also presented as a choice. Even if statistics show that the overwhelming majority of players chose to kiss Rachel, it’s troubling that you can deny its queer characters’ existence. 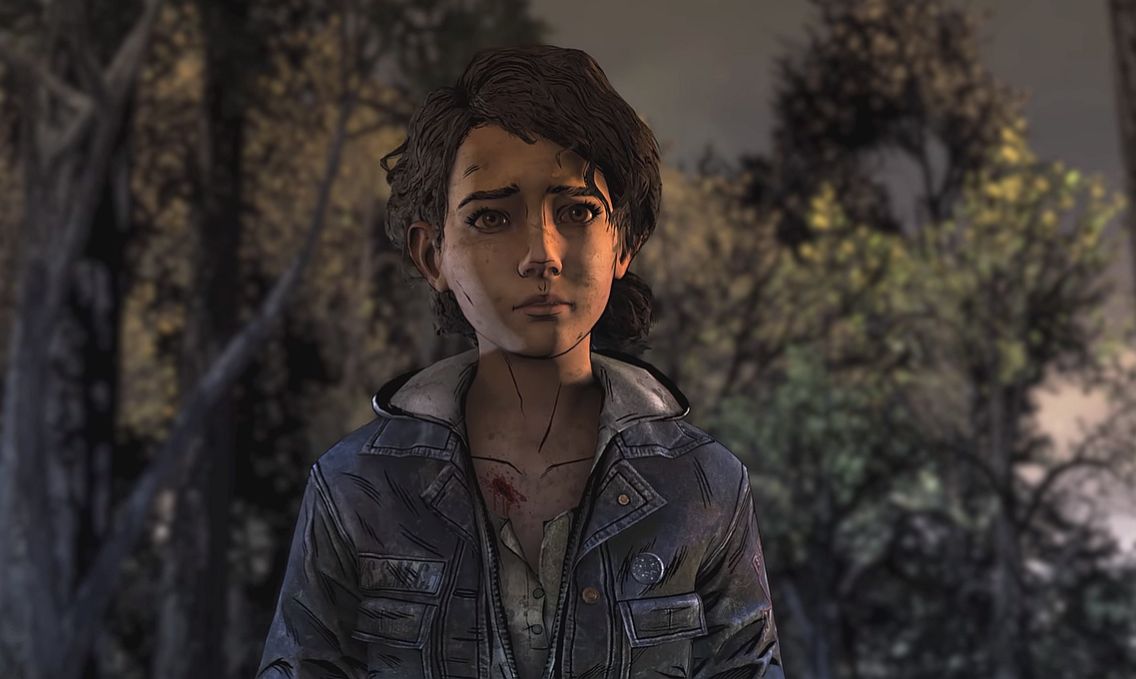 Freedom of choice is an important feature of games and ambiguity can offer interesting interpretations to a narrative, but applying these to a character’s sexual identity isn’t just problematic if it inadvertently means homophobes can opt to deny queer experiences. It may even be harmful in perpetuating the belief that being gay is a choice. This view is still held by 31% of British people, according to a 2017 YouGov poll, despite a mass of scientific evidence that says otherwise.

Of course, it might be a developer’s intention to portray a character as bisexual – like how the final season of Telltale’s The Walking Dead lets Clementine romance either a boy or girl, an option that incidentally also comes up in the latest episode of Life is Strange 2. But this smacks more of a copout or a form of playersexuality (that is when NPCs are attracted to you regardless of gender), rather than a sincere redressing of bi-invisibility.

We could give Naughty Dog credit for putting Ellie’s gayness in the spotlight in last year’s E3 trailer for The Last of Us Part 2. Even so, you’d be forgetting that it took a DLC chapter for Ellie’s sexual orientation to come out in the first game – even the circumstances of her kiss with Riley actually has certain people interpreting it as “they’re just really close friends”.

But that was back in 2014. So how is it that, in 2019, outing a character is still considered a plot point? It’s not just games that are guilty of this – Avengers: Endgame directors the Russo brothers had also hinted that a character in the MCU will soon also be revealed as gay. It’s true that people come out at different points in their lives, but unless the story is intending for your character to discover their sexuality as part of their arc, why keep it hidden only to retroactively reveal it like the Overwatch roster?

While lead writer Michael Chu had confirmed back in 2016 that Overwatch definitely has multiple LGBT heroes, when it takes six months and almost three years after launch for Tracer and Soldier 76 to be respectively confirmed as canonically gay characters – and only via a web comic – it’s hard not to see this as pandering rather than meaningful representation. 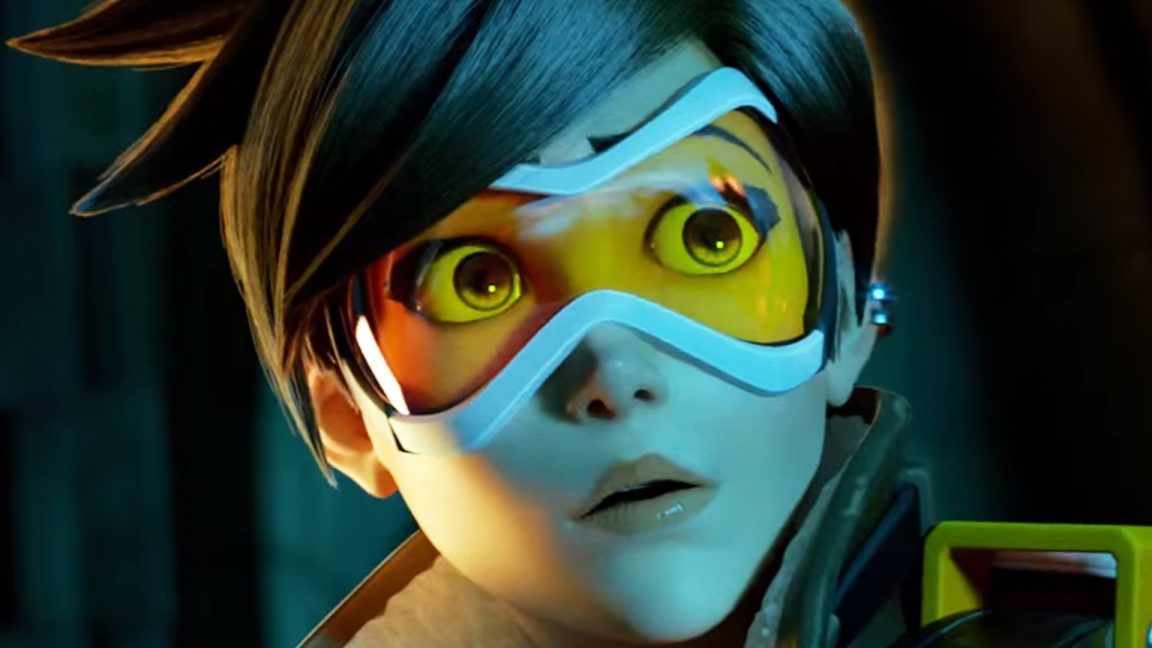 Apex Legends had the good grace to not only include a queer and non-binary character in its starting roster but confirm this from the outset, even if it’s something you have to find out about from their character bios on the official website. I’m not saying a character needs to flash out their queer card the moment they’re introduced, and goodness knows we can do without offensive stereotypes, but if triple-A developers are happy to create fleshed out hetero protagonists like Nathan Drake, Bayek of Siwa, or Geralt of Rivia, what’s stopping them from writing an out and proud queer protagonist?

“I think triple-A struggles with it because there’s this weird, inherent bias logical fallacy that games that cater to the LGBT+ crowd aren’t financially or critically viable, which, if you’ll excuse me saying, is a crock of shit,” says Gray. “It also smacks of something being focus-tested with the wrong groups of people in an industry dominated by heterosexual people.”

It’s a contrast to the indie space where smaller teams have created some of the richest games of recent years that explore LGBT themes and representation, like Gone Home, Night in the Woods and Undertale. That’s not to say there’s no LGBT devs in triple-A, nor are all queer-friendly indie games necessarily created by LGBT devs either, although that makes consultation of paramount importance. 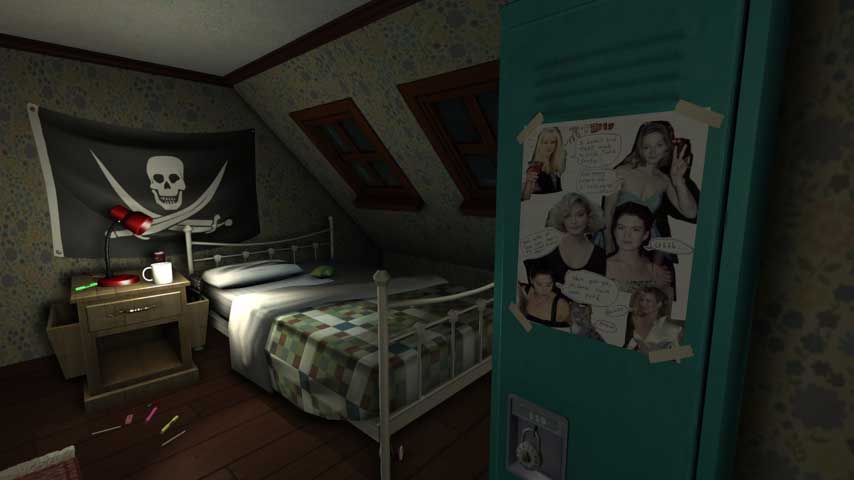 As a bisexual woman working on a game about finding hot gay dads to date, Gray admits she can’t speak for the experiences of gay men, nor can hetero male co-creator Vernon Shaw. “We spoke to as many people with lived experience and different perspectives as possible, and did a lot of research on gay history and resources for same sex parent couples,” she says.

In the case of coming-of-age/coming-out narrative adventure Gone Home, the creators went from just consulting queer women who grew up in the ‘90s to hiring one, Kate Craig, as their envionment artist. “All the devs I know personally, triple-A and indie, are happy to shoot for better, more interesting queer representation,” she says, wary of the ‘indies good, triple-A bad’ dichotomy. “But for the really big franchises out there, if you told me they were reluctant to include any because it might affect sales, or certain segments of their player base would get up in arms, I’d believe it.”

Craig and Gray agree that consulting with and hiring LGBT devs is the best way for triple-A studios to better represent LGBT communities. But ultimately, it’s also up to those studios and their publishers to have the courage to take pride in that representation, instead of cowardly burying it in the footnotes or leaving it up to interpretation.

“If fandom work on the internet, which is so often based around hinted at queer relationships, is any indication, people are so desperate for things that hold a mirror to their experience that we’re all settling for scraps,” says Gray. “Don’t fall into the trap of thinking that games with LGBT+ characters or stories won’t make money, or that the audience for it isn’t out there, because we are and we deserve content that represents us.”