There are people out there – actual human beings – who think Gordon Freeman is one of the best video game characters of all time.

So why do people resonate so much with a floating camera? It’s the legend behind the man. 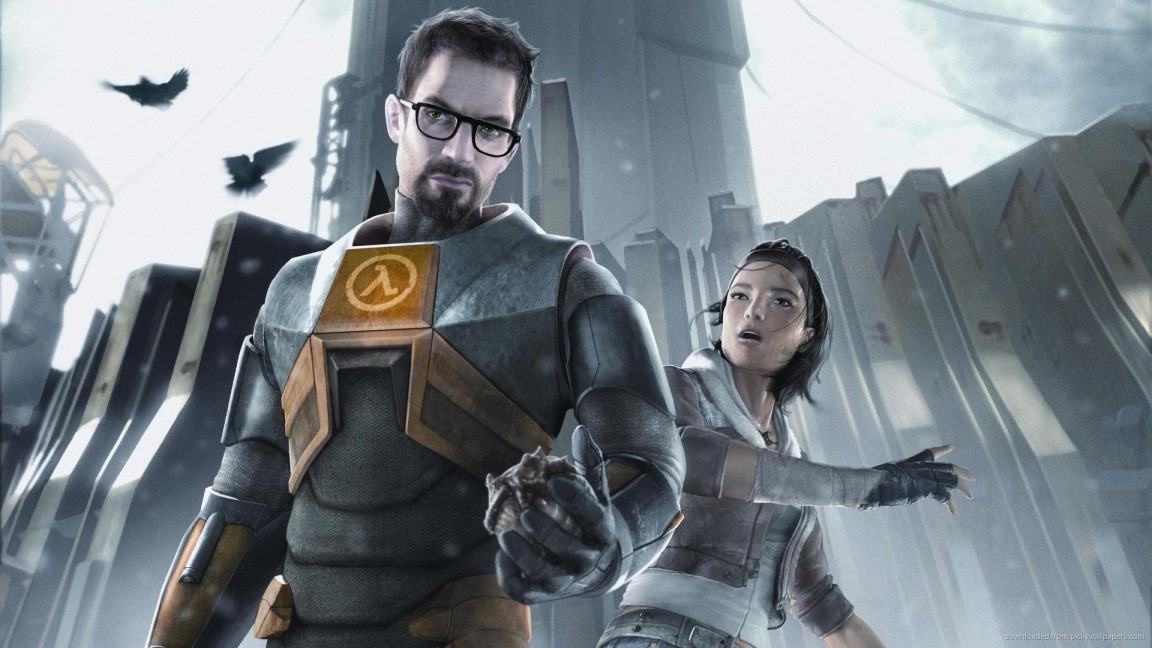 Gordon Freeman becomes a leader of the human resistance: a hero of our species, who turns up and pushes back the alien threat wherever he’s needed. He might not say anything, but that means you – yes, you! – are the man and the myth. He’s not much of a character, but you are always aware of who you embody. It contextualises the setting.

This is what was missing from my first attempts at Doom 2016. Don’t get me wrong, I enjoyed Doom – I loved skating around arenas and gibbing demons and much as the next person, but it felt like that was all there was to it. You move from one arena to the next, switching between guns and tearing apart demons with an ever-expanding arsenal, occasionally jumping across gaps as you go. Mechanically, it was great, but it was missing something I struggled to put my finger on until recently. It was missing a sense of self.

To me, Doom’s protagonist has always been Doomguy: a chisel-jawed marine with the personality of a rich tea biscuit. When I woke up in Doom and started shooting up the hordes of Hell, I was still that jarhead in my headcanon. Doom only clicked for me when I understood the Doomslayer. 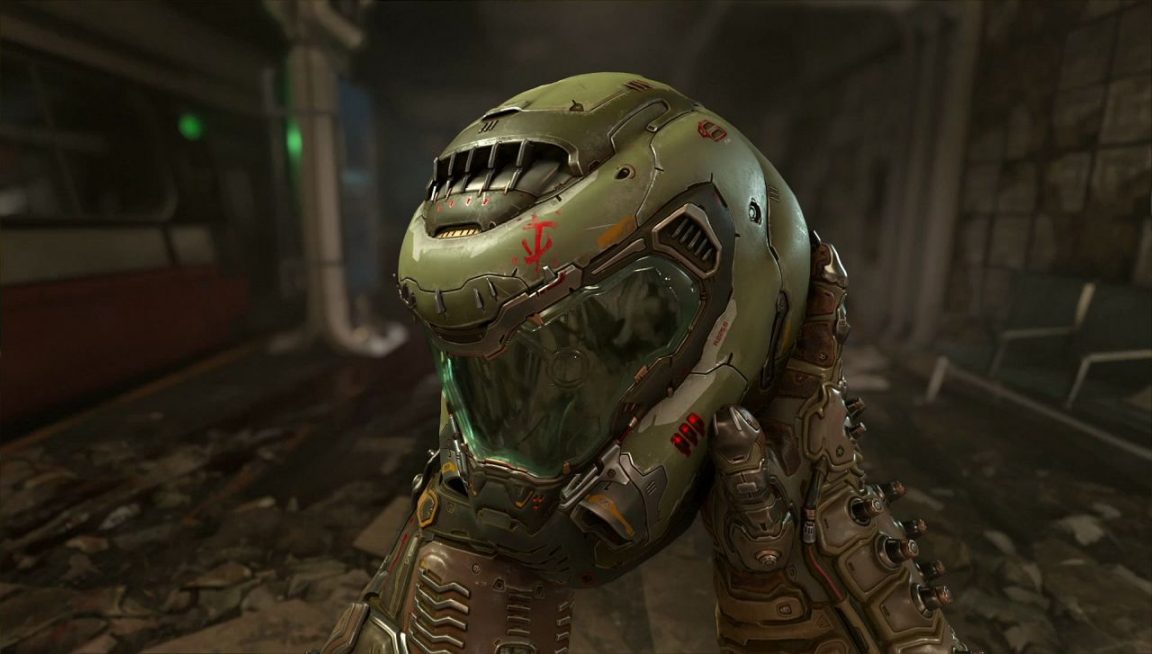 There’s a reason id Software changed Doomguy’s name to something more befitting. He’s not that grunt anymore. Of course, this is something I would have found out if I didn’t check out just before I reached Hell and found this recording:

“In the first age, in the first battle, when the shadows first lengthened, one stood. Burned by the embers of armageddon, his soul blistered by the fires of Hell and tainted beyond ascension, he chose the path of perpetual torment. In his ravenous hatred he found no peace; and with boiling blood he scoured the Umbral Plains seeking vengeance against the dark lords who had wronged him. He wore the crown of the Night Sentinels, and those that tasted the bite of his sword named him… the Doomslayer.”

Doomslayer is a time-travelling, demon-killing force. He’s a man (or is he?) who’s so scary that the army of Hell locked him inside a magical sarcophagus because they couldn’t kill him. With every kill, he grows stronger. His rage never subsides. Doomslayer is Gordon Freeman if Gordon Freeman wasn’t terrible (and had limbs). 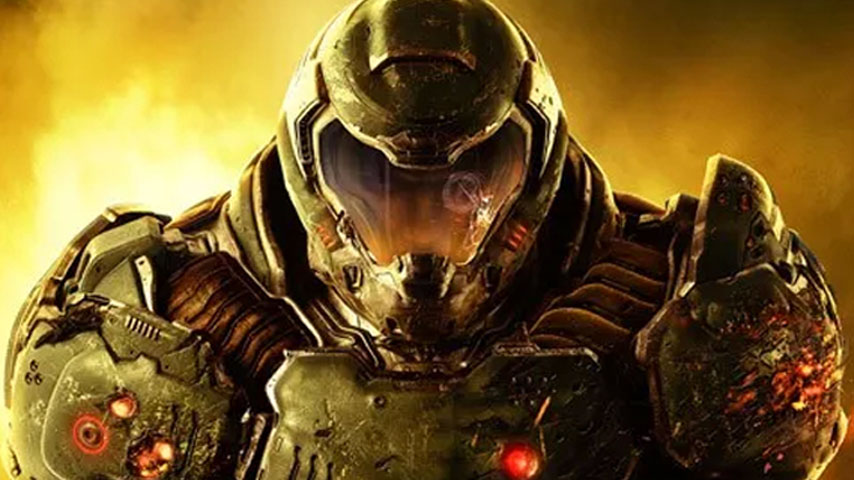 He’s not a normal human, as it says in another audiolog you can find later in Doom:

“And in his conquest against the blackened souls of the doomed, his prowess was shown. In his crusade, the seraphim bestowed upon him terrible power and speed, and with his might he crushed the obsidian pillars of the Blood Temples. He set forth without pity upon the beasts of the nine circles. Unbreakable, incorruptible, unyielding, the Doomslayer sought to end the dominion of the dark realm.”

He was already pretty badass, but his powers were given to him by angels – he’s literally an instrument of God. Doomslayer is Jesus with a super shotgun.

Looking into the lore fully enhances your Doom experience. All the little quirks of his personality, each one of them shown through his actions – whether it be impatiently tearing a computer terminal off its hinges or destroying argent energy filters – paint a picture of this unstoppable force.

Doom Eternal is coming out later this year and it looks like id Software is doubling down on this stuff. In the reveal trailer, we see Doomslayer walk into a control room full of scientists and soldiers. He scans a keycard while it’s still attached to a terrified civilian’s neck and he snatches a gun from a guard. Nobody can touch him and he gives precisely zero shits. If you aren’t sure who this guy is by now, you only have to look into the eyes of the people he interacts with. Their expressions tell you everything you need to know: you are one scary bastard.

If id Software can build on this while marrying this subtle character building with the excellent gunplay of Doom 2016, Doom Eternal could be one for the ages.