What’s “the best wanking experience known to mankind, from the comfort of your home”? No, it’s not actual wanking. Instead it’s Wanking Simulator, according to the game’s Steam page.

“Blow up cars (fun),” advises the developer, “or be a civilised man whose goal is to quietly wank (boring).” 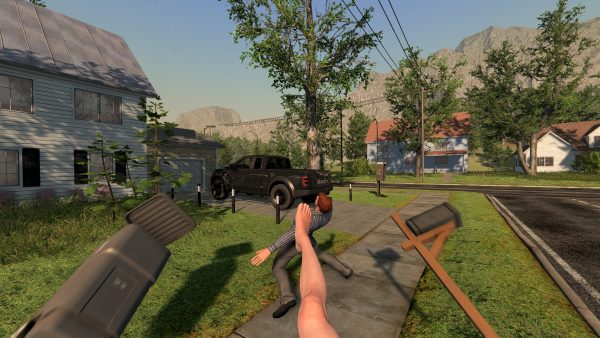 Your primary move appears to be a kick, although the dev is currently adding weapons like a shovel and a baseball bat. As the game rolls on you’ll unlock a teleport and gravity-altering abilities. More than anything, Wanking Simulator recalls Postal 2 – a controversy-courting attempt to offend everybody.

Oddly enough, there’s no footage of actual wanking in the game’s promo materials. Perhaps Wanking Simulator isn’t quite as naughty as it’d have us believe.