Looks like Ghost Recon: Breakpoint is what Ubisoft plans to announce tomorrow, according to a purported leak.

An image of a collector’s edition for Ghost Recon: Breakpoint appeared briefly online through the German Ubisoft store before being pulled.

While that’s pretty much it for right now, rumors surrounding Breakpoint on the internet state it possibly ties into the latest Ghost Recon Wildlands content update, Operation Oracle. 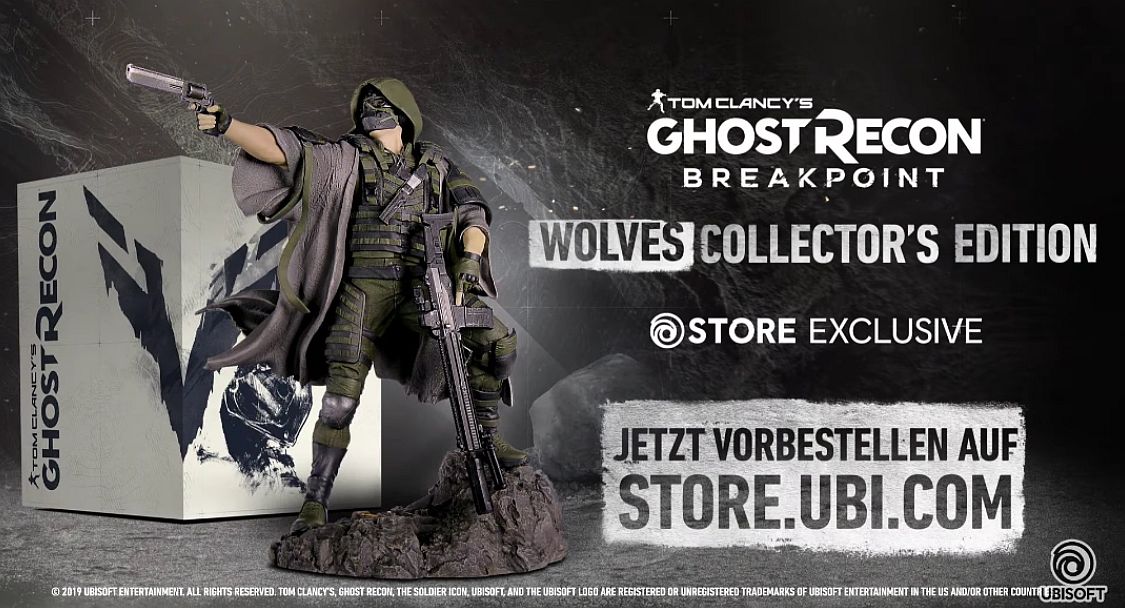 With Skell Tech specializing in drones and other interesting gadgets, if the rumors prove true, Breakpoint could involve highly advanced tech.

While all of this looks legitimate, we’ve tagged it as a rumor until official word comes from Ubisoft.