Paradox’s latest strategy game, Imperator: Rome, is now available to play, so we’ve come up with a handy list of tips and tricks to get you started.

Starting a new grand strategy game is no easy task, particularly when Paradox Interactive is involved. Fans of Europa Universalis: Rome have been calling for a sequel for years and now they finally have it.

As with many other Paradox games, there are a lot of new mechanics to get your head around, so we’ve created this guide to help you through the first few hours and get you up to speed with some of the more complex strategies.

If it all gets a bit too confusing, you could always use the console commands. Thanks to the Imperator: Rome Reddit community for finding these.

To use these cheats, press the tilde button and input them. Alternatively, type in “help” to see the full list. Here’s a selection of some of the most useful commands:

Depending on what choices you made early on, you might have seen a message about a bad research ratio. A bad research ratio means that you’ve made some poor choices regarding your research focus early on. Fortunately, there is a way to fix this misstep before any deficiencies have any real detrimental effect on your empire which you can implement early on. 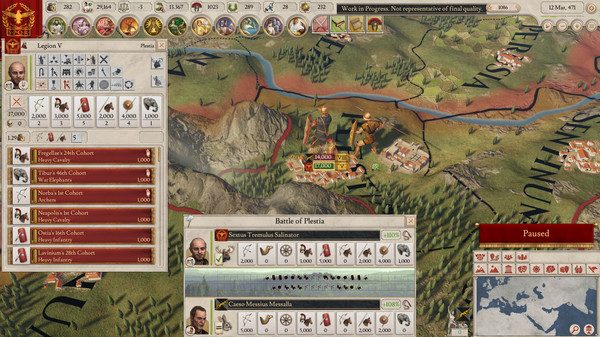 Many players were having issues with transporting troops by sea, so let’s take a look at some troubleshooting.

In order to transport troops from one area of the map to the other via boat, you must first put the boat in the sea. Then, highlight your army and select the boat to have them board it and sail to another location.

There’s a slightly faster way of doing this. Highlight the boat and under Unit Objective, select Naval Landing, which sets its objective to transport armies that have been set up to be able to embark on naval landings. You can then select the army and choose a province, and the boat will automatically pick them up and transport them.

One key thing to remember is that one boat can hold 1000 men. So if you have an army of 18,000 men, you’ll need 18 boats to transport them. Unlike Europa Universalis: Rome, they won’t ferry back and forth to collect the remaining troops – you need the exact requirements before your army can board a ship.

It wouldn’t be a civilisation strategy sim without starving population issues now and again, and Imperator: Rome is no exception. Basically, if your population is starving then it has entered a negative growth phase, which can be triggered by a population being moved into a city or if a food trade route runs dry.

You can combat this negative growth by finding new food trade routes, like grain or fish, or by moving some of the population away from the city. Go to the Governor tab in a city and select Encourage Trade policy if your city doesn’t have any trade routes.

You can also build granaries to produce more food, which will increase your population growth by 0.06% which can make a big difference quite quickly. Or, if you’re feeling risky, you could choose a Hellenic Omen like the Blessing of Demeter which grants you National Population Growth for 1825 days for a cost of 200 Religious power

Take a look at your Government tab and go to Laws to find the Infrastructure Policy Taxation law, as this will also increase population growth. There’s also a character trait, Greedy, that can help increase it, too, if the individual is elected as Governor. 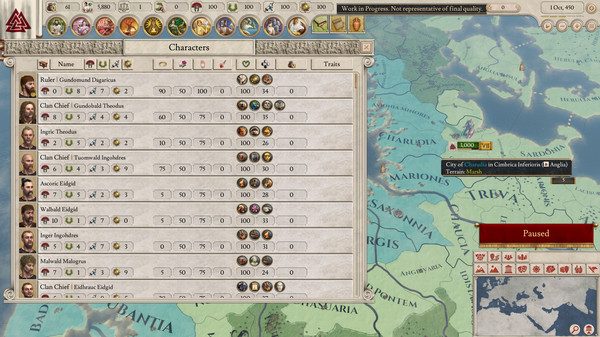 Loyalty is an important factor in Imperator: Rome and a consistent lack of it below 33% across your general population will lead to a civil war. If a province becomes disloyal, it is quite difficult to win it back. The best solution is to not let any dip in loyalty go unnoticed, so here’s how to do that.

First off, choose a Governer who is young, loyal and corruption-free, who has high finesse and zeal to allow them to be assimilated successfully. One of the most common causes of disloyalty is unhappy citizens who don’t share your culture, so use the Cultural Assimilation government policy to slowly but surely solve the issue. You could also colonise a population that’s nearby and also has a population of 10 or more, so utilise your slaves to help convert populations to your regime.

If loyalty drops below 33%, a civil war timer will start to count down. Civil wars are incredibly difficult to win and there’s no peace deal that can be brokered, so you really want to avoid them. Change your government policy to local autonomy to ensure you minimise the risk or by activating an Omen that could potentially offset any disloyalty.

Loyal gain is 10 times higher in battle, and you can pay Military and Religious Power to hold a triumph for a general who participates in a winning battle to increase their loyalty and popularity. If other characters have jobs, their loyalty increases by 20, but sacking them decreases loyalty by the same amount.

Scorned families will become disloyal if you pay less than 2% of state income to them, so keep that in mind. 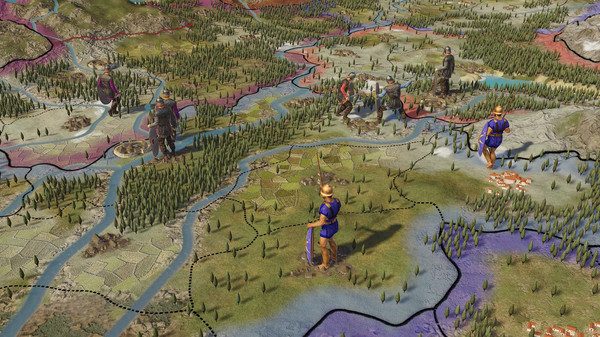 Let us know if you’re struggling with any other mechanics in Imperator: Rome and we’ll do our best to help you out!