Hideo Kojima has spilled a few more beans on Death Stranding, elaborating on Norman Reedus’ protagonist and how players can control the camera in a secret area.

“It’s an open-world action game, but it’s really something new,” Kojima explained, via GamesRadar+. “There are so many things happening in the real world – in America, in Europe – everything is actually connected by the internet, but in a way we’re not connected in the real world these days.”

He went on to say that this concept is present in the game “as a metaphor” and that the player is tasked with reconnecting the world in Death Stranding.

“You’re very alone, there’s solitude, but you’re trying to connect. The story and the gameplay, the key word is ‘connection.’ There are so many things in-between, of course, but the key is connection.”

Building on this concept, he went on to describe a “really new idea” without actually conveying what that idea is.

“You’re connecting the game, and everyone is playing it together, and you’ll be connected, everyone will be connected together as well. I can’t say anything because Sony will be very unhappy. I don’t want to be disconnected from Sony.” So make of that what you will.

Kojima has hinted at how players will somehow be connected in previous interviews, and Mads Mikkelsen shared what he knew about it in an interview last year, saying that it needs “collaboration from different people from different parts of the world”.

Talking about his experience of working with actors like Norman Reedus and Mads Mikkelsen, Kojima said he found the experience “stimulating” and that he got “a lot of ideas” from Reedus.

“It’s super collaborative,” Reedus chimed in. “He would be a great film director as well. You’re following his vision and everything is for real. Even I’m sitting here listening to you talk and the making of the connections and the putting together of the game, it comes from such an honest source. He’s an honest artist.”

Talking about Death Stranding’s gameplay, the actor explained that while there are violent elements in the game, it’s not the same kind of video game violence present in the games he plays with this teenage son.

The two men have clearly fostered a relationship throughout this process, and it’s entirely possible this contributed to the creation of a secret area in the game in which players are stepping into the shoes of Norman Reedus, rather than the game’s hero, Sam. 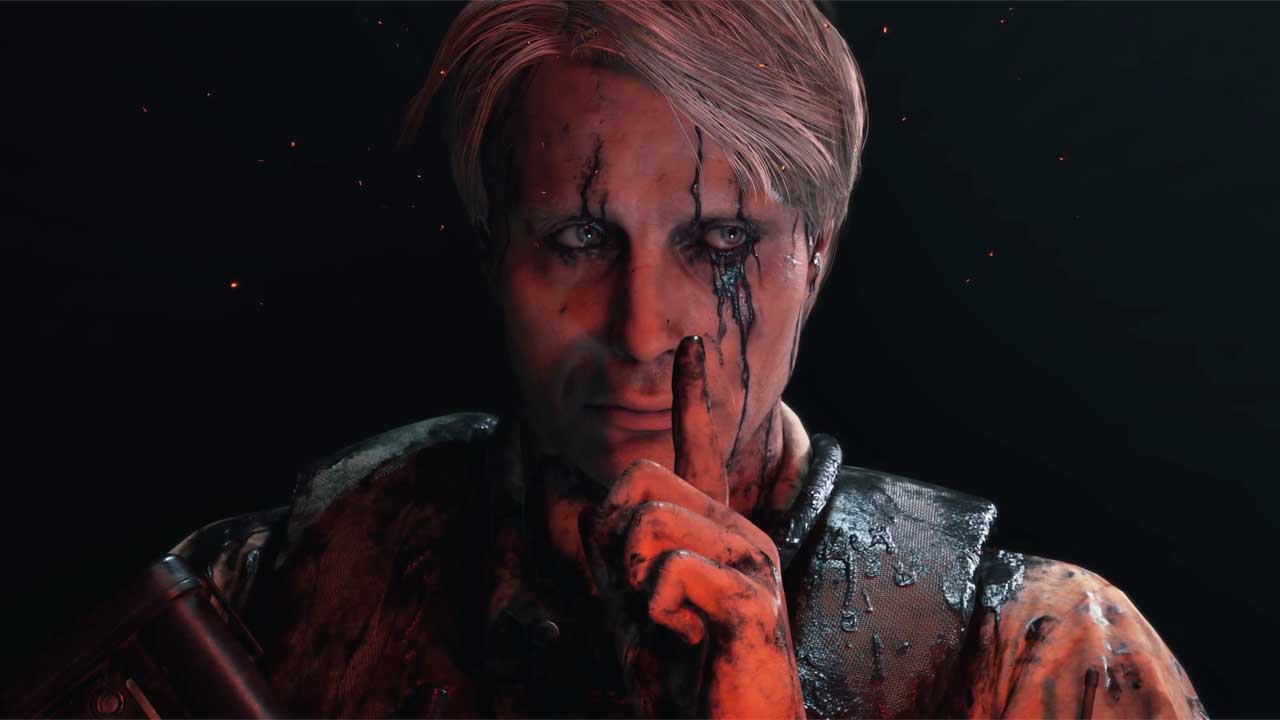 “One more thing, I can’t say where, but if you go somewhere in the game, you won’t be controlling Norman or Sam, you’ll be just controlling a camera,” Kojima explained. “You’ll see Sam/Norman, and you can kind of move the camera to see around, and when you look at him he might do something like wink at you.

“So you’re actually playing as Norman Reedus as Sam, and in the drama part Sam will act to hit your emotions, but when you go into this special area you’ll definitely love Norman. You’ll be a Norman fan.”

It’s clear that things are going to get weird. Kojima weird. The guy has had some outlandish ideas over the years, which you can reacquaint yourself with right here.

“I want people to think of their lives, or to take a step back and look at the world and say ‘oh yeah, this is the connection or disconnection in the world,'” Kojma said of his current project. “Like some people create walls around, like what’s happening in Europe, you might see some similarities playing the game.”

Death Stranding still doesn’t have a release date, and the last time we got a trailer for the game was E3 2018, that gave us a glimpse at actual gameplay.

Sony has already announced that it will be skipping E3 this year, but Kojima has teased another peek at the game over the next couple of months.