Fight giant serpents and cursed carp in Sekiro: Shadows Die Twice, currently down to a new price of £39 at Amazon on both platforms. From the creators of Dark Souls and Bloodborne, it features brutal combat, otherworldly creatures and tons of existential horror.

Myth and madness also prevail in Hellblade: Senua’s Sacrifice, which follows a grieving Nordic warrior on a quest to save her dead lover’s soul. Its sensitive depiction of psychosis and intense story have netted it numerous awards over the years.

You can grab it for a reduced £15.99 on Xbox One at GAME right now, or around £18 from the Argos eBay outlet on PlayStation 4. 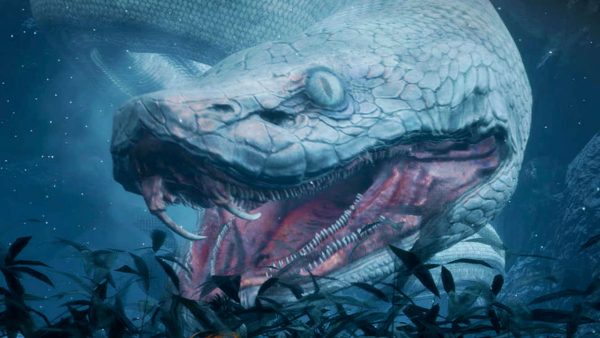 The hugely popular Kingdom Hearts 3 has also been recently hit by the cosmic discount hammer, and is currently down to a mere £28.79 on PlayStation 4 at Amazon. Xbox One owners can net it for £29.85 over at the Simply Games eBay store.

Meanwhile, Jungian archetypes meets anime high school game Persona 5 is down to £24.85 over at Base on PlayStation 4 – the cheapest you’ll find it with decent delivery.

On the pre-order front, mini Wolfenstein II sequel Wolfenstein: Youngblood Deluxe Edition is down to £26.85 at Base on both platforms, and will arrive in late July. You play the legendary BJ’s twin daughters, and can play co-operatively for maximum Nazi destroying carnage. You won’t find it cheaper elsewhere!