Joker has joined the Super Smash Bros. Ultimate roster and he’s brought some interesting moves and taunts to the table.

The Persona star was added to Super Smash Bros. Ultimate yesterday as DLC, and we’ve created a quick guide providing an overview of his standard, Special, and Final Smash moves. We also have a video showing of his taunts, poses, and outfits.

Joker has two forms in Super Smash Bros. Ultimate: his regular form and his Persona form, Arsene. Below you will find his standard Special move set along with how each action changes when Arsene is activated. If you’ve played the Persona games previously, you’ll will find most of this familiar.

There are also various combos you can pull off, but we won’t delve into those here.  All of Joker’s move sets are below. Alternatively, you can watch the video from Arekkz instead should the wall of text hurt your eyes.

Joker’s regular attacks are self-explanatory, but we’ve listed each move for quick reference. 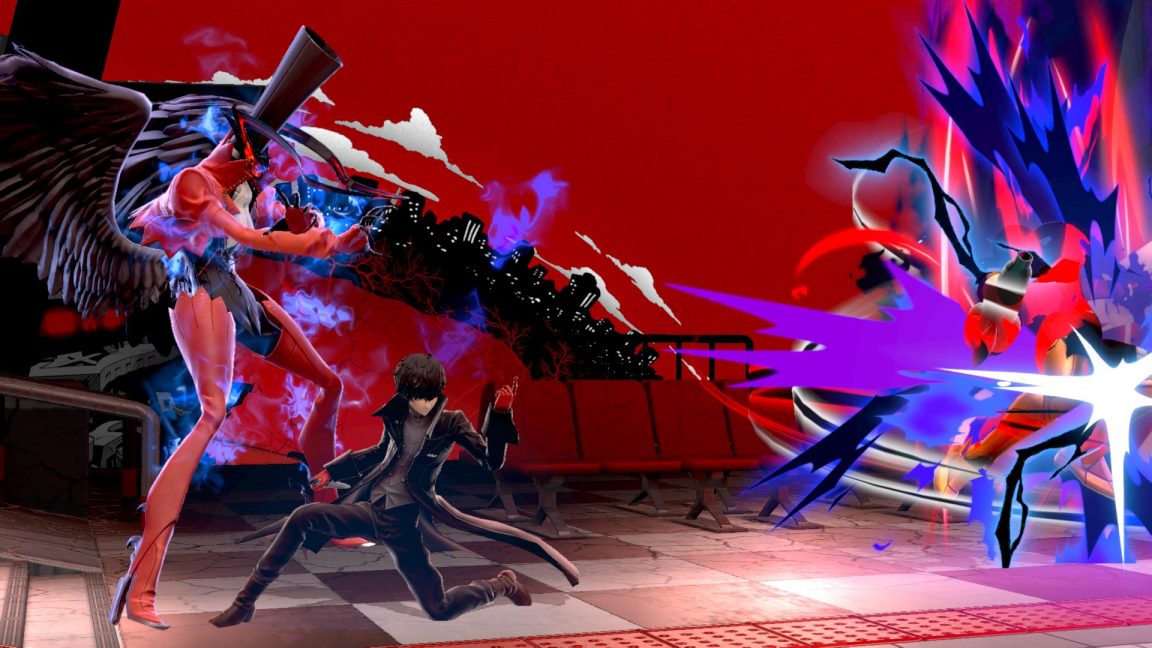 In order to summon Joker’s Persona in Super Smash Bros. Ultimate, you will need to fill the Rebellion Gauge. Once filled, Arsene will auto-summon and remain until the Rebellion Gauge depletes. While active, all of Joker’s regular attacks dole out extra damage and his Specials are more powerful with Arsene.

Joker – Final Smash – All Out Attack

All Out Attack’s behavior stays the same, even if Arsene has been summoned; however, how it acts will depend upon the team member called in, according to Arekkz.

This Final Smash features Joker slicing and dicing his opponent before launching an attack with the Phantom Thieves. Should you miss your opponent with the initial attack, you will get a second chance at it by tilting your control stick in the opposite direction.

Joker is available as part of the Super Smash Bros. Ultimate Fighters Pass and the Challenger Pack 1.

If you are interested in his taunts, costumes and victory poses, Arekkz has you covered below.

For those just starting, here’s how to unlock every fighter in Super Smash Bros. Ultimate and here’s a look at the various stages.