FTL, the debut release from Subset Games, was born from a set of “perfect coincidences”.

Co-designers Matthew Davis and Justin Ma just happened to submit an early build of the spacefaring strategy game to the IGF at GDC China, and it just so happened that people loved it. It was also fortunate that some big names in the industry took notice, raising the game’s profile.

The duo were also lucky that they were developing a game as the crowdfunding boom began, just after Double Fine first tackled Kickstarter. When Subset Games went to Kickstarter shortly after, the idea was to raise some money for Ben Prunty, music and sound designer for FTL, who had been working on the game for free. The goal was $10,000. By the end of the campaign, they had secured $200,000 in funding.

“We had pictured the process to be sort of a way for family and friends to support us,” Justin Ma remembers as we chat during Reboot Develop. “Then suddenly the whole industry seemed to be turning their eyes to crowdfunding and we were one of the very few games on the platform. Everyone just jumped on it. It was incredible, but it was also a huge stressor. So figuring out how to adapt to that, seeing how we’re going to actually have a beta with thousands of people and not 15… We could have maybe mentally prepared better, but the reality of adjusting post Kickstarter was a challenge.” 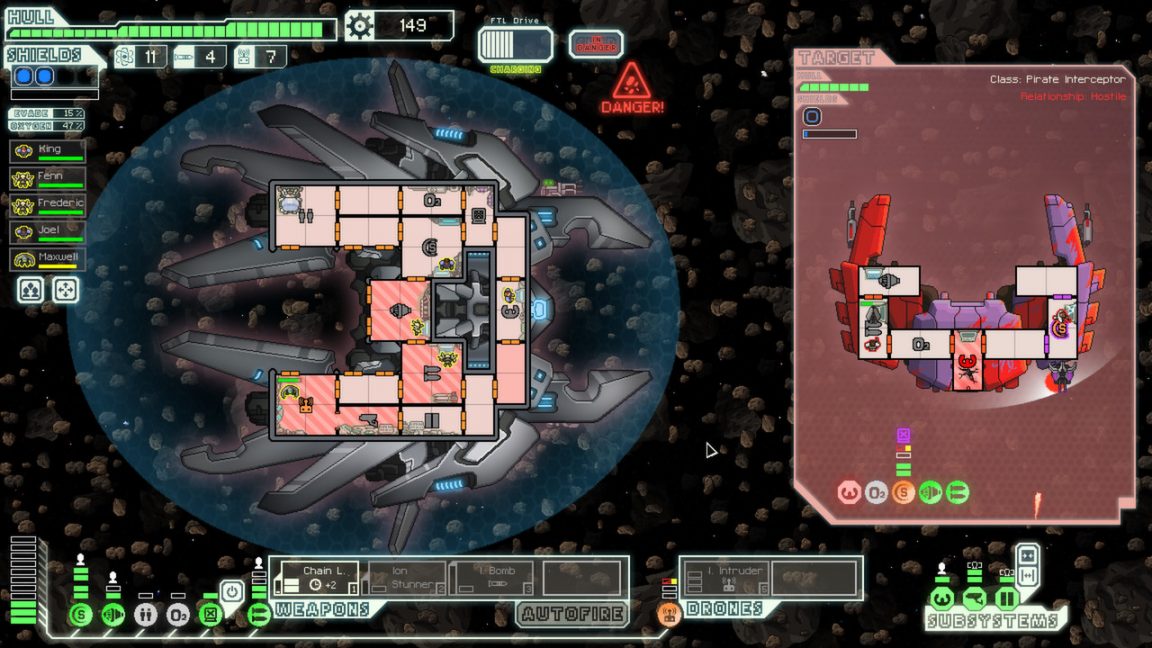 The new developers were pleased with their crowdfunding success, but that success came with added pressure. It was before the days of stretch goals – another mercy – but they went from developing a game in their free time to being watched by the whole industry pretty much overnight. It was an overwhelming sensation. Despite the success of FTL’s launch, this is a feeling Ma and Davis are unlikely to pursue again.

“We don’t do marketing. This is as close to marketing as we do,” Ma says, referring to the interview we’re having. “I would rather promise nothing than to make a promise that doesn’t come through. The pushback you get from people is terrifying. People get so invested and they care so much about these things. I don’t want to hurt them and I don’t want to expose us to any problems.”

That’s why Into the Breach, a mechs versus kaiju game that came out early 2018, released out of nowhere. “We very consciously did not announce it,” Ma explains. “We tried to make sure there were no expectations from fans who’d be disappointed if it wasn’t what they were hoping it would be. We also set it up so that we could drop it at any point if we thought it wasn’t going anywhere. We didn’t try to build up any expectation, and we really wanted to embrace how we initially worked on FTL at the start, which was just the two of us having fun. We tried to capture that feeling with as little pressure as possible, to moderate success. There’s definitely a bit of sophomore syndrome. Honestly, FTL was very stressful for us both and we crunched pretty hard.”

Development on Into the Breach took around four years, and the pair made sure to balance their work with their personal lives this time around. By this point, Davis had two children. Ma and his wife also had stuff going on. They all did a bit of travelling to unwind between projects, and when they did settle on Into the Breach, they made a conscious effort to not burn out. 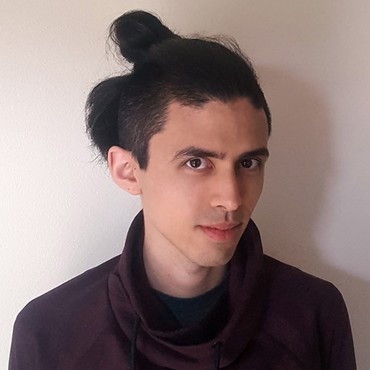 “We definitely tried to not get obsessed about it and think about it all day every day,” Ma says. “But that being said, it has the drawback of it taking way too long. It was a very slow process and it often felt like we were just spinning our wheels and not making any progress. I’m not sure how we’ll approach our next game, but we’ll definitely want it to be a shorter development cycle.”

Part of the reason Into the Breach took so long is because it was such an iterative process that constantly evolved, all starting from an initial concept: collateral damage. Ma and Davis had been watching the rise of the superhero film, where seeing the likes of Superman punch someone through a skyscraper sparked inspiration. What if the hero actually gave a shit?

“We wanted to show what it feels like to sacrifice yourself to protect people in a city,” Ma explains. “The mechs, monsters, kaiju theme fit naturally with that. The actual combat mechanics of the game were mostly figured out through trial and error. We didn’t know at the start exactly how it would work.”

Originally, Into the Breach had an XCOM-esque strategy layer slotted between the action segments, where you would have to manage the economy, research, and mech maintenance. That section of the game never made it in. “We cut it mostly because it was bad,” Ma laughs. “We were struggling for maybe two and a half years on all these different attempts and eventually we were like, ‘Okay, what is interesting about this build so far?’” 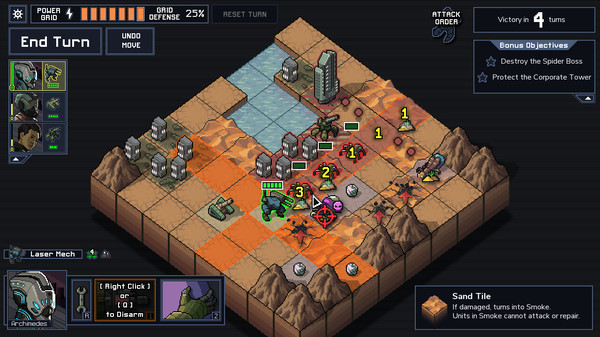 The interesting thing, it turned out, was the ability of a single enemy. This enemy had a quirk where it would telegraph its attacks – a mechanic that lends itself well to the theme of collateral damage. To counter this enemy, you would often have to move your mechs into harm’s way and take a hit, sacrificing some of your armour for the good of the city.

“We were trying a number of things to find some way to be innovative, because we started as a very generic tactics-style game,” Ma remembers. “So we were trying to mess around with things like different turn orders, time systems, but [telegraphed attacks were] by far the most interesting thing. It’s also thematically very appropriate because you see and you feel that the buildings are under threat and then you have to prevent it, rather than the constant theoretical threat of them attacking the buildings. So it feels like you have more control over the outcome. If you didn’t, you’d have to preemptively defend and then maybe nothing would happen. We cut basically everything that didn’t inform the combat. We made it super simple – a bunch of battles and it’s over. It was a much smaller game than we were initially pitching, but in the end it’s definitely a better game.”

This focus is one of the things that makes Into the Breach such a great game. Your tactical options are always apparent, the rules are consistent, and it always feels like there’s a perfect set of moves – regardless of what squad you play as – to counter any situation. This isn’t achieved by some AI wizardry or procedural weirdness, however – it’s the leanness of the game, the tightness of the design that makes it feel this way. 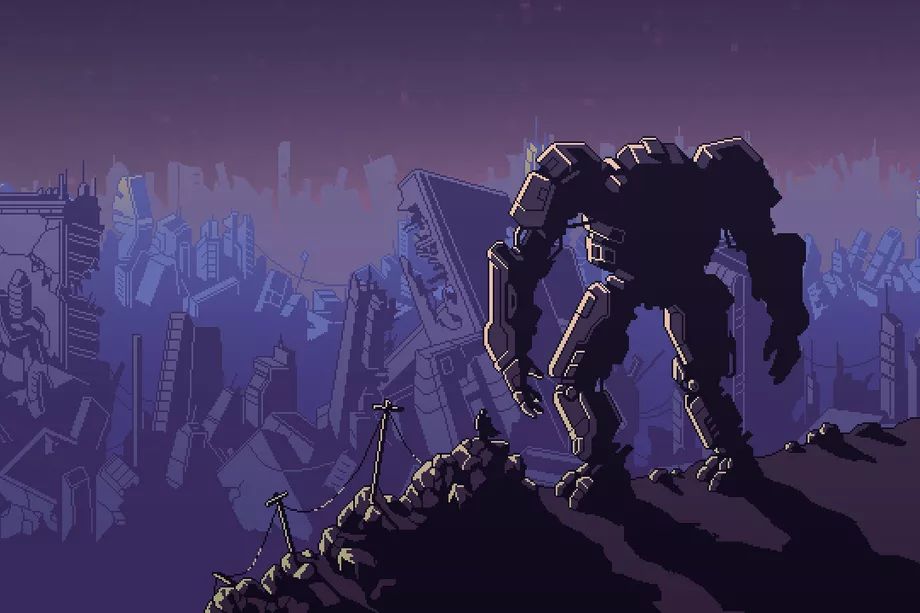 “AI basically just picks from a list of what does the most damage and picks randomly from the top,” Ma explains. “Then each of the enemies, they don’t know what the other enemies are doing. It doesn’t know what your abilities are. It’s super, super basic – just a bunch of random threats. I think the reason it feels like there’s always a solution is because we put a lot of effort into making each weapon have multiple purposes and have utility outside of just damaging. So even though you can only have three units, it feels like a really wide decision space because they can interact in different ways. So it just ended up feeling like anything is possible.

“The big way we prevented it feeling impossible, I think, was less about the AI and more about the map design. We structured the maps in ways that prevented situations that feel impossible to solve, and we also made sure the AI didn’t stand near the edges, near the back lines, stuff like that, because in that case you can’t usually prevent them from doing damage.”

Subset Games’ entire ethos seems to be built around this: strip everything back to the basics. How do you improve the readability of your game? Literally show the player what the enemy will do next. How do you ensure there’s always some environmental interaction? Make the maps small. How do we make this layer of strategy work? Cut it. How will we market our games? We won’t. It’s not an approach that can work for every studio and Ma is well aware of how fortunate him and Davis have been in this respect, but I’m glad a company like Subset Games exists – a developer that realises sometimes less is more. Don’t expect the studio’s next attack to be telegraphed, though.