Ubisoft has confirmed that patch Y4S1.3 launches today on PC, and tomorrow on PS4, and Xbox One. Mid-season patches like that typically focus on balance tweaks, and today’s update sure does have plenty of them.

As revealed in last week’s Designer’s Notes blog post, the bigger changes include the long-awaited Lion rework, a nerf to Capitao, Nomad, and a surprise nerf to Maestro.

Specific launche times have not yet been revealed, but we’ve included the final set of notes below.

The long awaited Lion rework is around the corner, and he’s certainly been nerfed. Ubisoft wants players to use his ability tactically without scarifying its great utility to gather intel. To do this, the developer is reducing the time enemies will be highlighted, and the duration of the scan.

Further, enemies will now appear as red pings (similar to Alibi’s ability) rather than what was essentially a wallhack. To compensate, Lion will now have three charges instead of two, with cooldown for each reduced to 15 from 27 seconds.

Capitao’s asphyxiating bolts are getting a damage reduction, but an increase to the size of their area of effect. Ubisoft wants to shift Capitao to his intended role of area denial now that improvements have been made to the propagation system to prevent it from going through objects.

Nomad is perhaps the patch’s biggest surprise nerf. Her Airjabs will now produce an idle sound to warn players, and her claymore is being replaced with stun grenades to lessen her effect as a roamer/flanker counter.

Ying’s Candelas will now function similarly to grenades; the longer they’re cooked, the sooner they’ll explode. This was done to reduce spam, and to make using them more intuitive.

Kaid now carries less shotgun ammo, but his AUG-A3 got a damage buff. 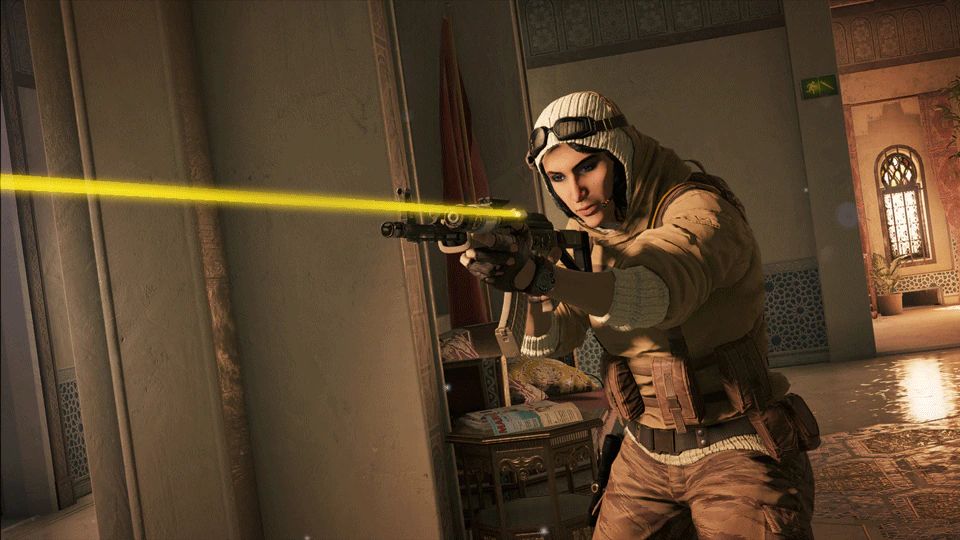 Maestro is the recipient of another surprise nerf. His Evil Eye cameras will now drop the bulletproof window when hit by EMPs and shock drones, making it possible to destroy them without having to wait for Maestro to start firing.

Blitz has been hit hard with a nerf to his shield flash cooldown to make going against him less frustrating without impeding his ability to rush objectives.

IQ’s gadget now also detects Echo when he’s on his PDA, for consistency.