Latios is back for another Pokemon Go raid – here’s how to beat it with brutal counters and more.

Another week, another dragon-type Pokemon heading up the Pokemon Go Raid bosses list. Defeating Pokemon in Raids gives you the opportunity to catch them, of course – and in the case of Latios, there’s even a chance that an ultra rare shiny Latios might spawn, making raids all the more worth attempting.

On this page we’re going to help you to beat Laitos in a raid by listing the best Latios counters for taking it down, plus other information you need to know about this legendary creature including its stats, weaknesses, best moveset and shiny form. There’s even a Latios IV chart for those of you really into the meta. Let’s hop to it… 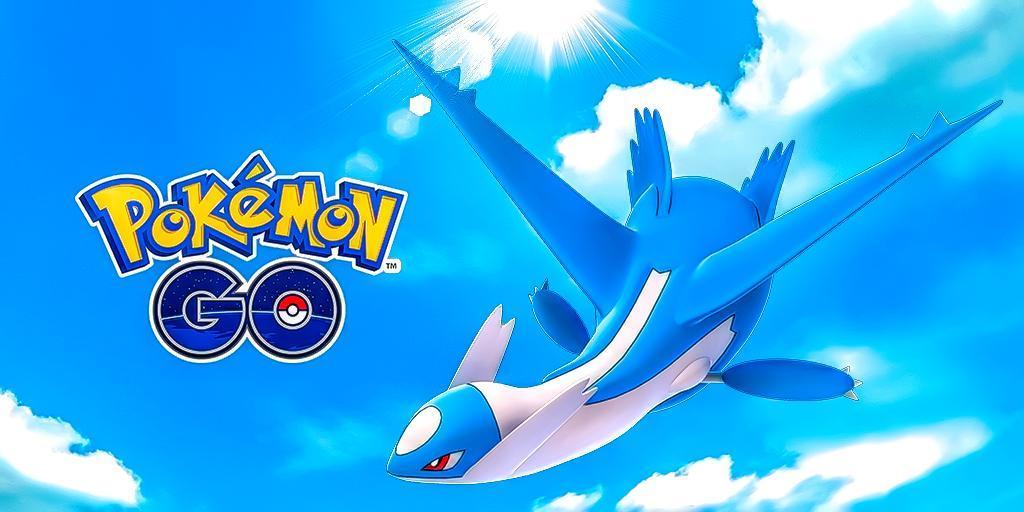 Latios Counters for beating the raid

An important part of any high-end Pokemon battle, be that versus another trainer, a gym or especially a raid situation is to know your counters. Pokemon Counters are based on a few factors including the best Pokemon tier lists that determine which Pokemon are the best overall in the game, Pokemon Type strengths and weaknesses and of course Pokemon movesets.

Before we get to the raid counter list, which is broken into three tiers (S, A and B), let’s just talk about what in general is the best. As a dragon type, Latios is weak to other dragons, and all of the top tier of counters are dragon-type Pokemon with high damage output and dragon-type moves. A lot of them are legendary, but there are non-legendary options in the form of Dragonite, Salamence and others. These are hands-down your best bet.

Beyond that, there are a few other options: Gengar is a great option thanks to its ghost-type, another Latios weakness. Ice also works well, and Mamoswine is the best ice-type in the game – something that also helps Weavile, who has a mix of ice and dark type moves. Dark-type Pokemon will work as a Latios counter, but expect victory to take a lot longer, or in smaller groups expect to be battling the clock as much as Latios itself with these sorts of Pokemon.

All about Latios: best moveset, stats, shiny Latios and more

Know your enemy. Here’s a little list of things we think you should know about Latios and its raid encounter in Pokemon Go:

As always, which moves you get are random, but you can teach new moves using TMs or Stardust to get the desired best moveset if you want to battle with Latios. 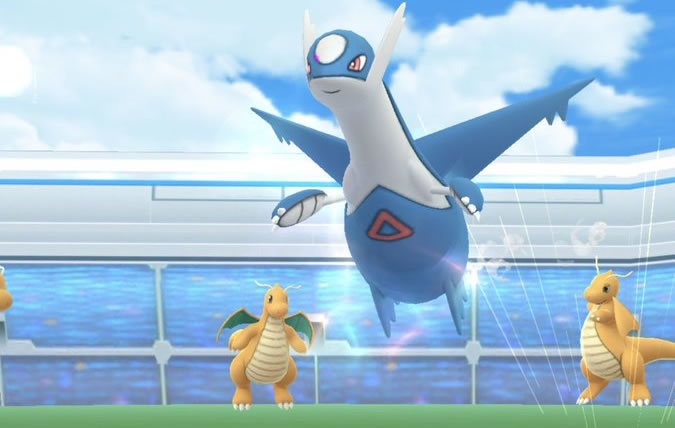 Latios IV Chart: what CP to look out for

As always with Pokemon events of this nature, you’ll want to look out for the best possible IV for your Pokemon – the value that determines how strong your Pokemon will grow to be over time. You can use your CP to determine this – certain CP values will indicate you have a Latios that is 100% in its IV, or close to it. A 100% score indicates a ‘perfect’ Pokemon for battling.

Thankfully, the folks over on the Pokemon Go The Silph Road Reddit have put together a really useful Latios IV Chart for Latios caught from raids – showing you the CP values for the Pokemon that are 90% perfect and up. If you get a Latios with these sorts of IV values, consider yourself very lucky. Here’s the IV chart: 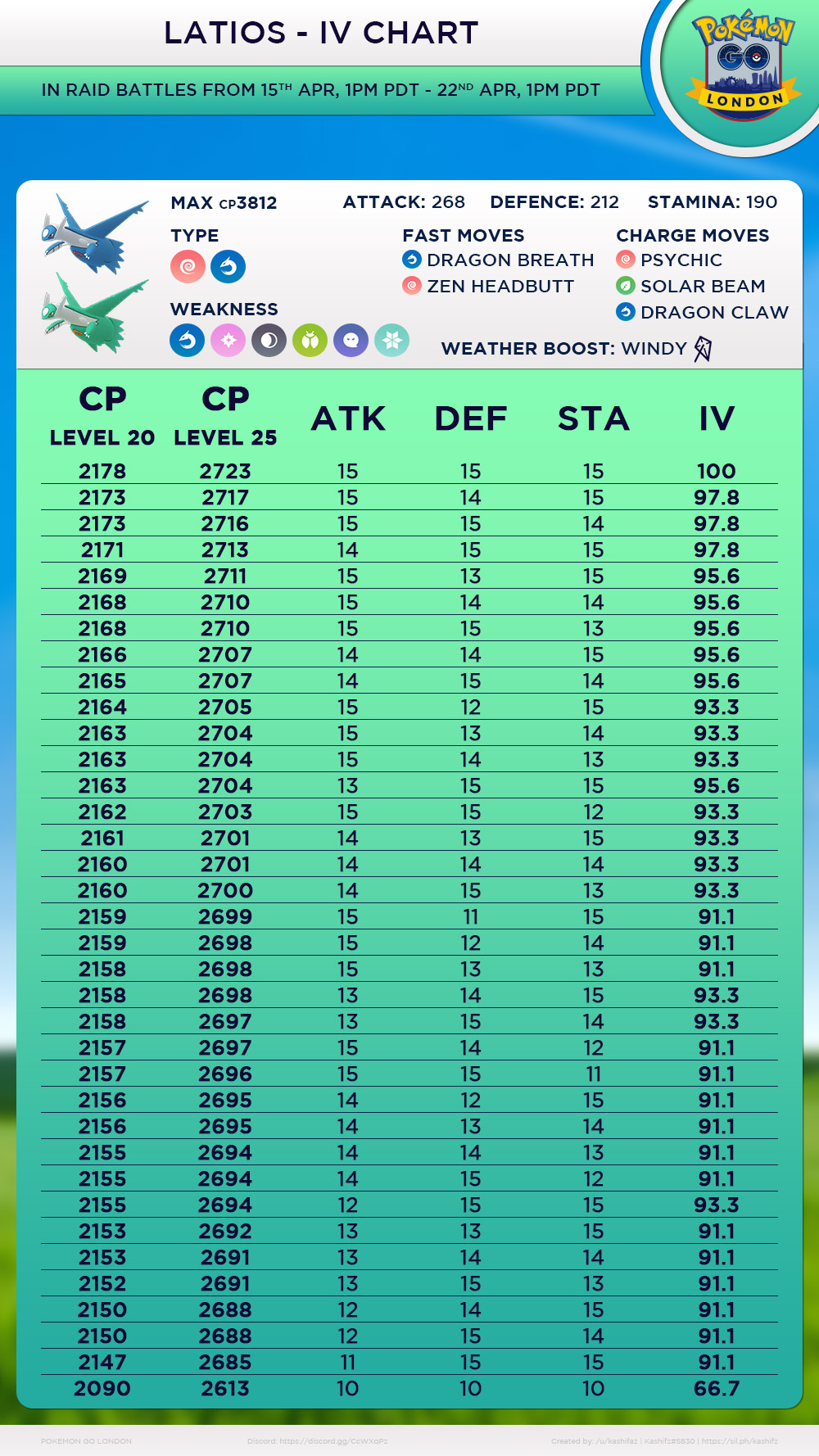