Horizon Zero Dawn’s spears are as important to the story as Aloy herself, but they almost didn’t feature.

Speaking at Reboot Develop Dubrovnik, the co-founder and managing director of Guerrilla Games, Hermen Hulst, revealed that without cross-studio collaboration, Horizon Zero Dawn’s weapons design could have been very different.

Twice a year, Sony Santa Monica and Guerrilla Games each embed a handful of promising professionals in each other’s studios, to give new starts a chance to visit a new part of the world and gain valuable experience.

During a transfer, a God of War combat design specialist with a strong background in melee weapon design came from Sony Santa Monica to work with Guerrilla Games on Horizon Zero Dawn. 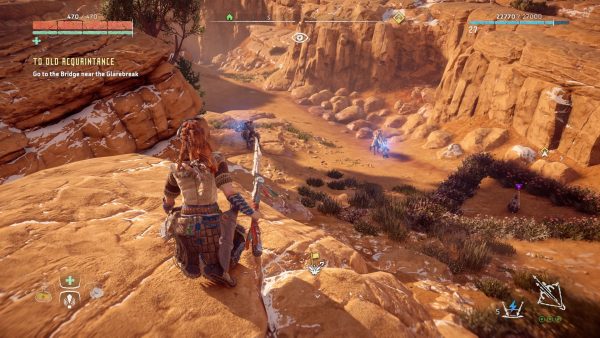 Hulst recalled that the specialist suggested that Aloy have a spear as her main melee weapon, to which he replied: “Well, why don’t you create a high-level design before you leave?”

A design was subsequently drafted and presented to the game directors. Needless to say, the pitch was successful and the use of spears makes up an integral part of Horizon Zero Dawn’s gameplay.

They say knowledge is power, and we’re grateful that such an idea was shared.