Another new Pokemon joins the Pokedex in Pokemon Go: artistic creature Smeargle. You won’t just find it out in the wild, however – and on this page we’ll explain how to catch Smeargle, plus other vital info like the best moveset once caught.

Smeargle ins one of the very latest gen 2 Pokemon to join the world of Pokemon Go, but it’s been absent for good reason: developer Niantic clearly had a clever idea around how to catch Smeargle that they wanted to implement – but that required a whole new feature to arrive in the game first. That time has finally arrived, with it being added to the game alongside Clamperl and its evolutions in the most recent updates.

There’s actually a little clue as to how to catch it in the all-new splash screen that shows up every time you boot Pokemon Go, if you look closely… Here’s how it all works and how to get your hands on this, the final gen 2 Pokemon. Complete that Hoenn Pokedex! 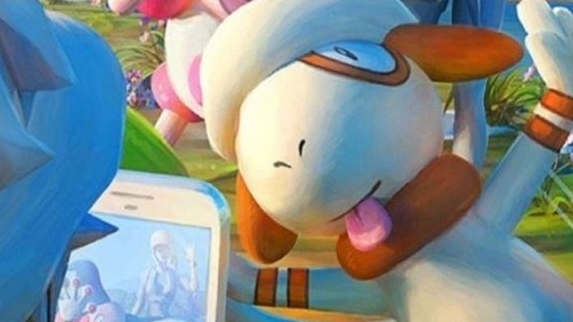 How to get Smeargle using Pokemon Go’s new Snapshot Camera

The clue of how to catch Smeargle is in that splash screen, like we said – and as you can see in the cropped version above, that slash loading screen involves a trainer taking a photo, with the artistic Pokemon Smeargle photo-bombing into the shot. All you have to do is recreate this in real life using the in-game snapshot feature.

Okay, so that’s how you get Smeargle to appear – but there’s some also little considerations you should keep in mind while trying to catch the final gen 2 critter:

As just mentioned, the moveset of Smeargle is directly determined by the moves of the Pokemon it’s photographed with when it spawns. Pretty much every move can be learned by Smeargle this way with a few exceptions that wouldn’t make sense, like Ditto’s ‘Transform’ move. But what moves might work best?

First of all, it’s worth saying that Smeargle is a pretty basic normal-type Pokemon with pretty standard-issue stats. It is thus unlikely to become a staple in your player-versus-player trainer battles, but you may want to farm candy and turn it into a gym Pokemon for the fun of using it – and that’s fair enough. To that end, here’s some moveset suggestions…

Ultimately Smeargle is unlikely to become a staple of a fighting team – candy is difficult to come by thanks to how you catch it and it isn’t that strong to begin with – but these are a few ideas for if you want to try to make it more viable.