Red Dead Online players can now shoot targets while on horseback with the addition of Target Races.

Red Dead Online has been updated with Target Races, allowing you to test your meddle and shooting accuracy while on horseback.

In Target Races, you will be tasked with passing checkpoints while racing and be first to finish.

All players start out with a bow and arrow, and as you race, each target you hit will increase your Horse’s Stamina. You can also take advantage of pickups along the courses by riding through Stamina pickups. This will extend your Horse’s sprinting time or help your equine pal recover drained stamina.

Along with stamina, you can also pickup weapons such as firearms with limited ammo supplies. These include a shotgun, which will easily take out a checkpoint or the competition. While you will be able to lock-on to checkpoint targets, using weapons against a competitor requires more free-aim proficiency. 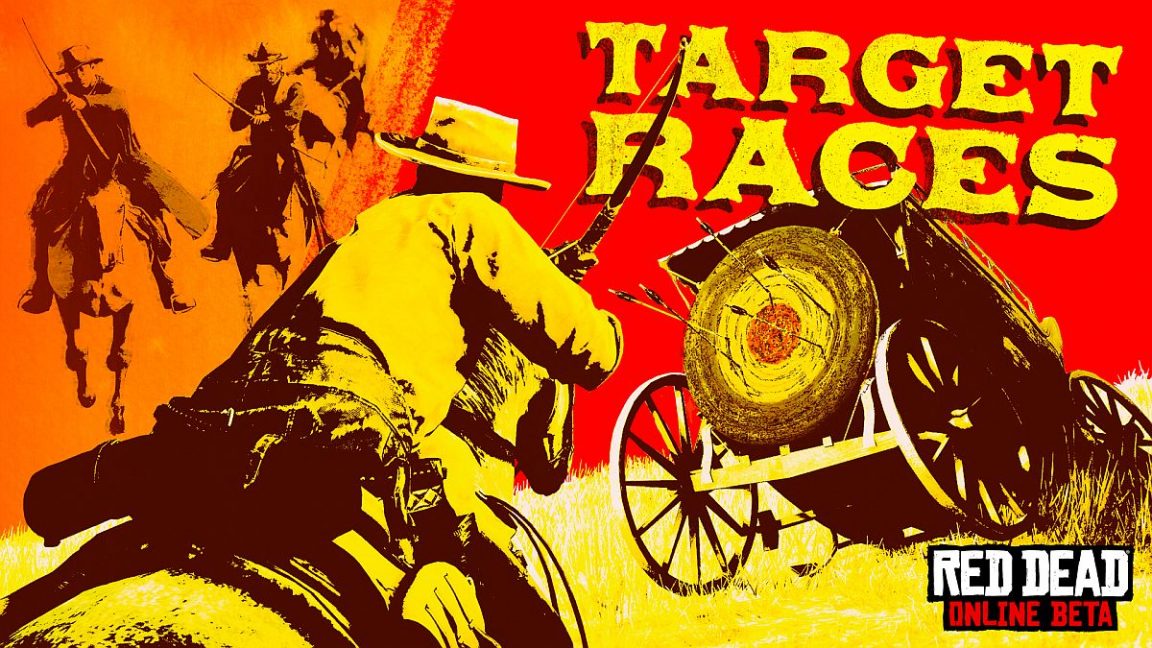 PlayStation 4 players will also get early access to Open Target Races today. Here, you compete in an open space to take out all targets then race to the finish. During Open Target Races, you cam shoot targets in any order you wish, just keep an eye on well the competition is doing by using the mini-map to know which target to hit next.

PS4 players will also see the Special Series icon appear on the game map. This will appear whenever there is a PS4 early access mode and launches you directly into a series.

Along with Target Races, Red Dead Online is also offering a 20% boost on all XP earning activities this week. You can also take advantage of 25% off Horse Care Section at the Stables and in the Wheeler, Rawson & Co Catalogue. This includes medicines, revivers, stimulants and the brush.

Higher ranked players can upgrade their saddles with 25% off Improved Saddles. A new shipment of clothing has also arrived this week.

You can expect more Red Dead Online updates in the weeks ahead, including Showdown Modes Up In Smoke and Plunder, along with the previously announced, large update coming later this spring.