This new video not only gives you a glimpse at gameplay, but also takes a look at the supernatural world of Control.

The Oldest House is a mysterious place of power, the headquarters of the Federal Bureau of Control, a secretive organisation covertly nested within the web of US government agencies.

Jesse Faden arrives searching for answers just as an otherworldly force known as the Hiss attacks and kills the Bureau’s former Director.

In a mysterious ritual, Jesse is made the new Director. Now imbued with supernatural abilities and wielding the Director’s transforming Service Weapon, Jesse must take on the Hiss and take back control.

In the game, you will use a combination of supernatural abilities, modifiable loadouts and reactive environments in your quest to take on the invading enemy.

Control is available for pre-order, and dropping the cash early will net you the exclusive Tactical Response Gear and a Crafting Resources Pack.

Also available for pre-order are the physical retail-exclusive Retail Deluxe Edition for PS4 and Xbox One. It features the game in FuturePak Exclusive Metal Packaging, and limited-edition art cards

A digital deluxe version will be made available exclusively on the PS Store.  The PlayStation 4 Digital Deluxe Edition includes all of the content from PS4 base version as well as an extra side mission, “Isolation” and an additional exclusive outfit, Jesse’s Urban Response Gear.

This version will also come with two Expansion packs, “The Foundation” and “AWE”, available at a later date following release. Each pack will contain new locations, story content, side missions and mods.  The expansion pack will also be made available on other platforms.

A breakdown of the PS4 offerings can be found below. There’s also a more concise FAQ on the pre-order options through the official website.

Control releases August 27 on the Epic Games Store for PC, PS4, and Xbox One. 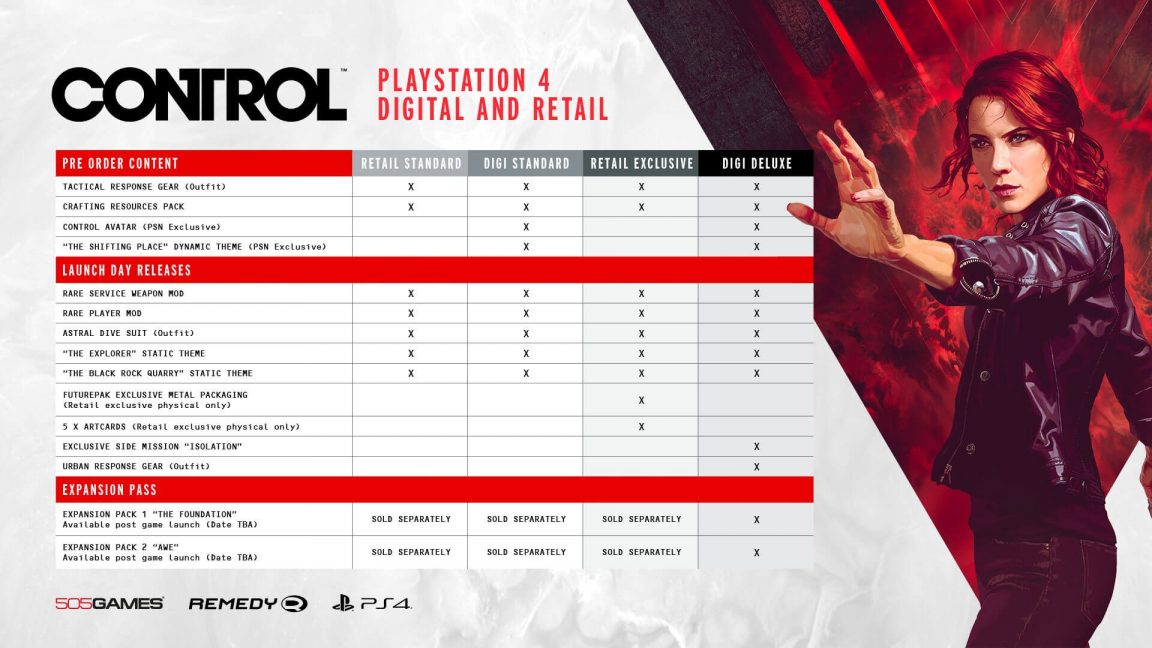 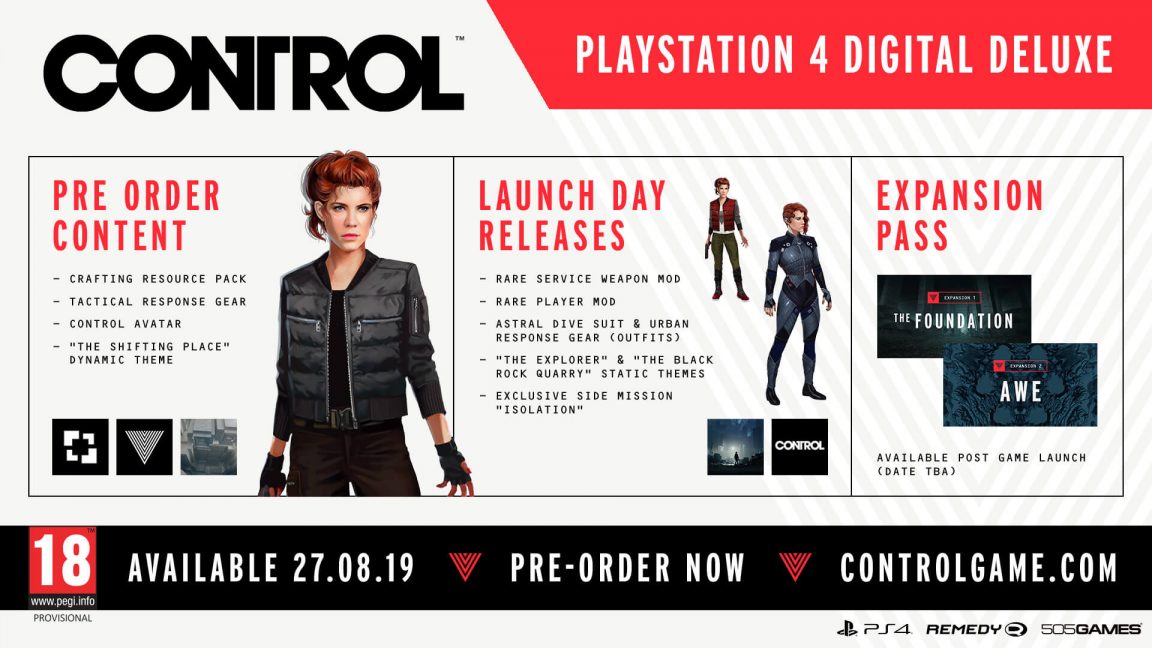