Once you’ve finished the main story of Kingdom Hearts 3, the challenge of the game isn’t over. Next up, you’ll want to tackle the battlegates – high-end raid-style combat encounters.

Battlegates in Kingdom Hearts 3 don’t unlock until you’ve visited the last of the game’s worlds and seen through the finale of the journey of Sora, Donald and Goofy, but once you have, you can consider this one of KH3’s ultimate challenges. Each battlegate is hidden away in a world – there’s 14 total – and each contains a custom-made battle against a set of heartless designed to test your abilities in combat.

Each battlegate is rated between one and three stars, and the single three-star one of the battlegates in KH3 is a real killer. These are worth attempting, however – each you complete will net you two rewards. One reward is consistent across the vast majority of the battlegate challenges – the Secret Reports, special pieces of lore that fill in extra background on the Kingdom Hearts story. Aside from this, you’ll also get a more play-focused reward for the RPG elements of KH3 – either an accessory or some crafting materials that, like Adamantite, Wellspring Crystal, Fluorite and Damascus are important for synthesis and keyblade upgrades. 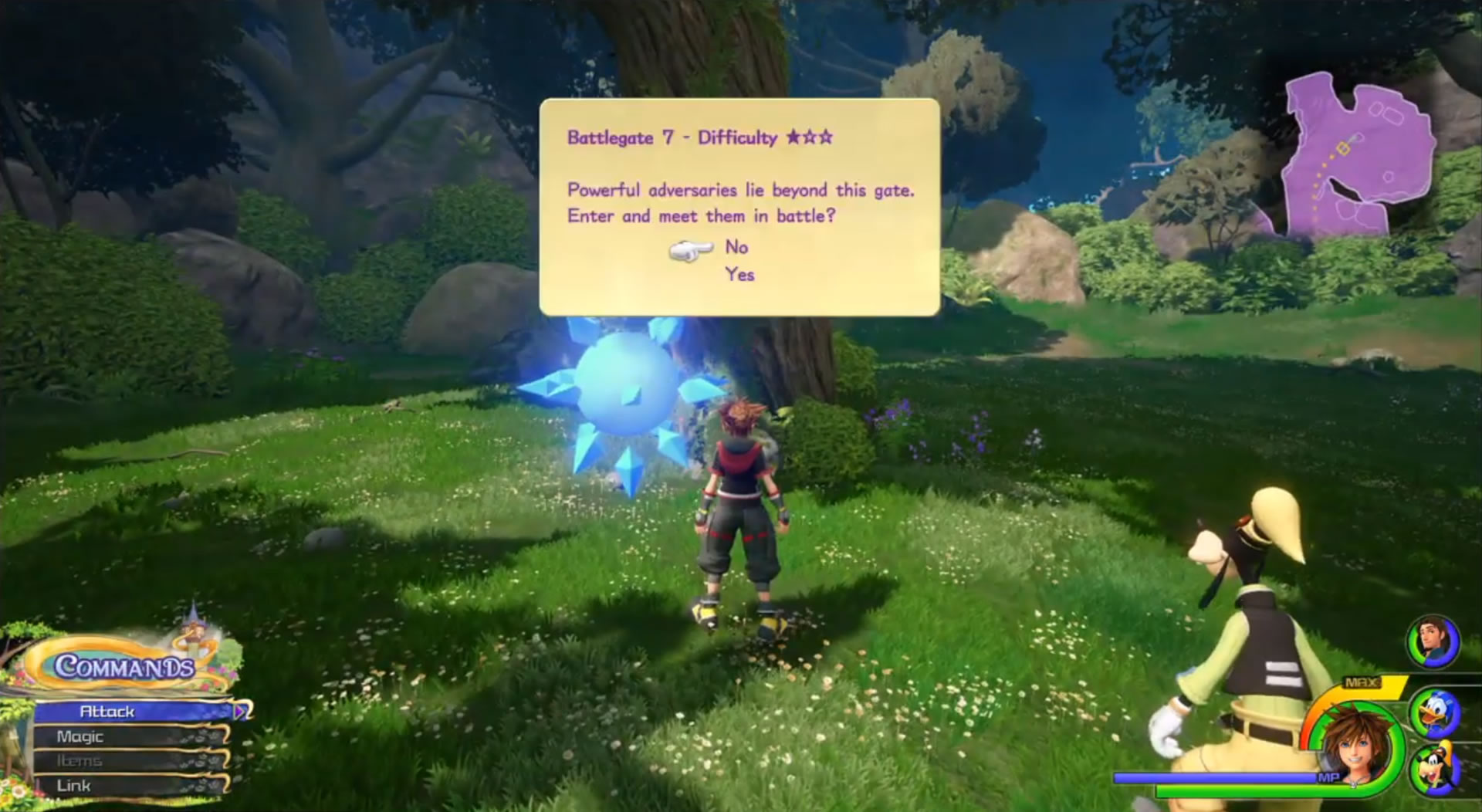 Here’s a full list of where to find all the KH3 battlegates – plus what your reward will be for completing them.