Firestorm’s Conquest-style objectives, and call-in reinforcements are some of the more unique features in Battlefield 5’s version of battle royale.

Now that the doors are blown wide open on Battlefield 5’s Firestorm, we have a much better understanding of how the various objectives, and call-ins are going to work.

Firestorm has five types of objectives, which can be completed alone or with a squad. Securing these objectives is optional – not to mention risky – but doing so can reward you with some rare weapons, items, vehicles, or even devastating reinforcements.

All the different types can be claimed once, and it’ll be easy to see whether the one you’re chasing has already been nicked by someone else when you arrive.

Let’s dive in. We’ll start with the simplest, most straightforward first.

Strongboxes are simply wooden crates you’ll find at many spots around the map. You don’t need to do anything special to open them, and they often contain weapons, healing items, and gadgets.

Each box can contain up to three items, and because you’ll see them often, the rarity of the items within will vary from common, all the way up to epic. Strongboxes do not appear on the map, but their spawns are fixed so it’s easy to go for them if you know where they are.

Like strongboxes, safes are also common at many locations. Opening them requires more time than strongboxes, though. Much like arming an objective in Battlefield multiplayer, you’ll need to hold the button for a few seconds to crack the safe.

If you get interrupted, you’ll have to start the process from beginning. You’re defenceless while doing this, so watch out for enemies waiting for you to start the animation.

Because they’re more challenging to open, safes spawn higher-tier loot. Like strongboxes, safes also have fixed spawns, and won’t appear on the map. 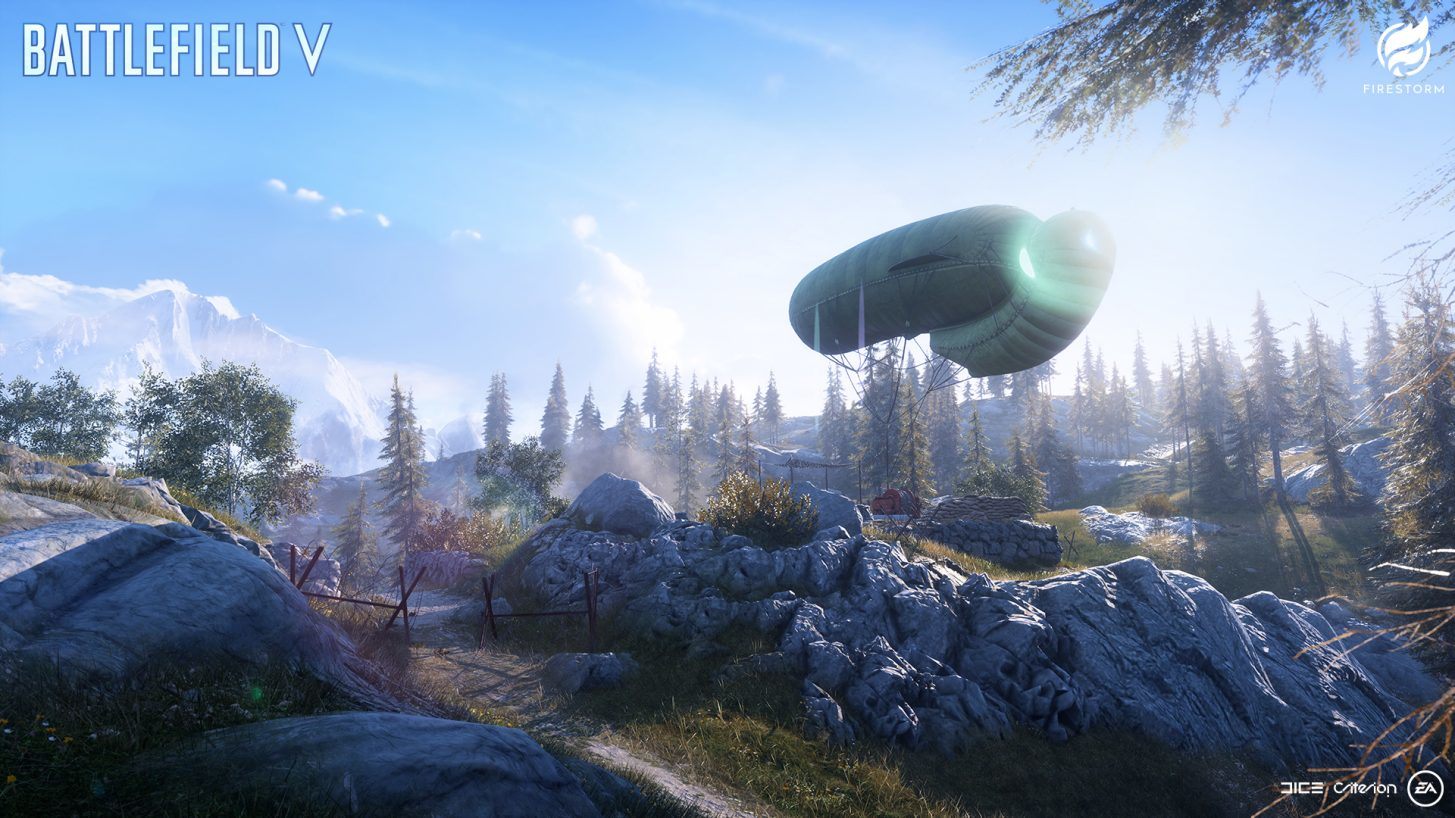 Re-supply points are the most Conquest-like mechanic in Firestorm. These activate within the playable zone, marked by the big kite balloons, and everyone will be notified when they become available. Much like a Conquest flag, re-supply points take time to capture, and you can speed this up by having more of your squad in the capture radius.

Once captured, nearby supply crates will be unlocked. These crates will award rare, and epic loot. Though they’ll only spawn in the playable zone, you can still capture re-supply points if you’re caught outside in the firestorm.

Vehicle lockups are essentially big bunkers that house vehicles. This is how you’re going to get the big tanks, such as the Churchill or Panzer 4, but they also contain epic-tier loot.

To open a vehicle lockup, you’ll need to turn two big valves all the way through. Each valve only activates part of the door. Though you’ll be able to run inside by opening it partway through, both sections need to be wide open before you can escape with the vehicle.

Two players, each operating one mechanism, is the fastest way to unlock these bunkers, but solo players can operate both – if they’re bold.

There’s also another major risk players take when opening vehicle lockups. Doing so sounds a loud alarm that lets everyone around know a bunker is being accessed.

Crucially, the alarm will only sound while you’re in the middle of the process of opening the doors. You can let go of the valve at any time to stop the alarm, should you change your mind. 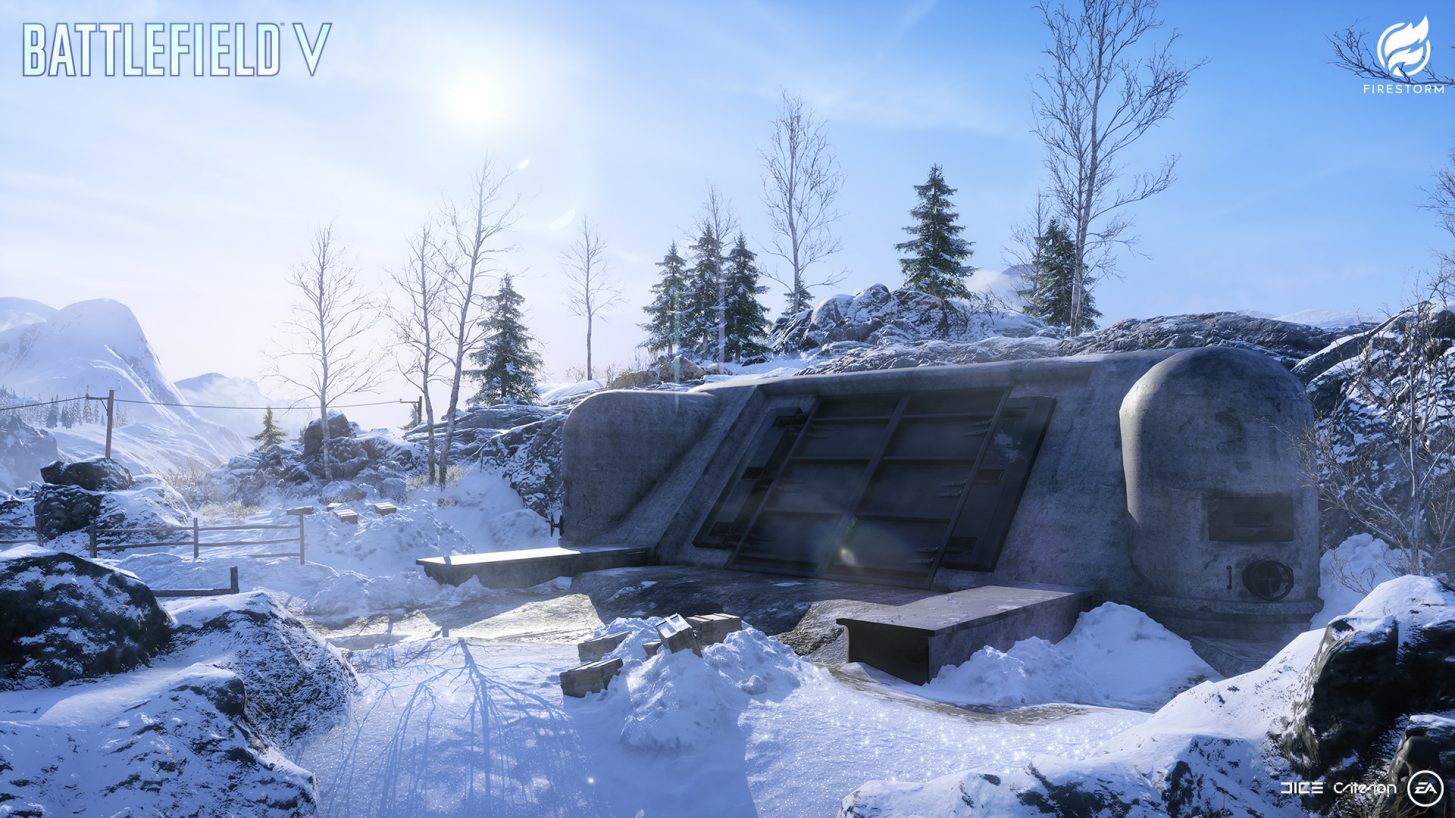 Support call-ins available to squad leaders in Battlefield 5 multiplayer can also be found in Firestorm, though they operate under different roles. Reinforcements are called in through flare guns you find as world loot.

They’re rare, so you’re more likely to find them when capturing any of the objectives above. Once found, a flare gun can call in one of four support armaments. They’re marked, so you’ll know what you’re calling in before you can fire it.

On top of these unique elements, Firestorm also borrows from other battle royale games. Occasionally, a plane will fly over the zone to drop a supply drop, which can be calimed by anyone. A green flare will mark the drop once it lands, so you know what to look for.