Ryu and Ken. Kazuya and Jin. Siegfried and Nightmare. Who knew that fighting games, an entire genre built around the foundation of letting players engage in epic clashes between characters, could be filled with such antagonism? Okay, probably everyone. But the truth is that not one of them feels totally complete without a good old-fashioned rivalry embedded somewhere within its character select screen.

This sentiment applies tenfold to Mortal Kombat, a franchise that has paid more attention to story than most competitive fighting franchises – to the point that its characters, lore and locations have been adapted numerous times in mediums outside the core video games. There are the two live-action movies, a rather kick-ass web series called Mortal Kombat: Legacy, and plenty others. However, no interpretation showcases the iconic ninja versus ninja rivalry between Scorpion and Sub-Zero better than the late ‘90s TV show Mortal Kombat Conquest.

That’s because it was here where various aspects of the MK mythology could be explored free from the limits that came from the tournament format. It centers on former Shaolin monk and general hat-throwing badass Kung Lao as he navigates a pre-industrial Earth while fighting the forces of Outworld in a bid to save the world. It was cheesy ‘monster of the week’ affair for all the right reasons, and featured an episode titled “The Serpent and the Ice”, which gave us a definitive answer as to who would win in a fight: Scorpion or Sub-Zero?

Before discussing it in-depth, however, let’s weigh up the attributes of both competitors in true fanboy-esque fashion. 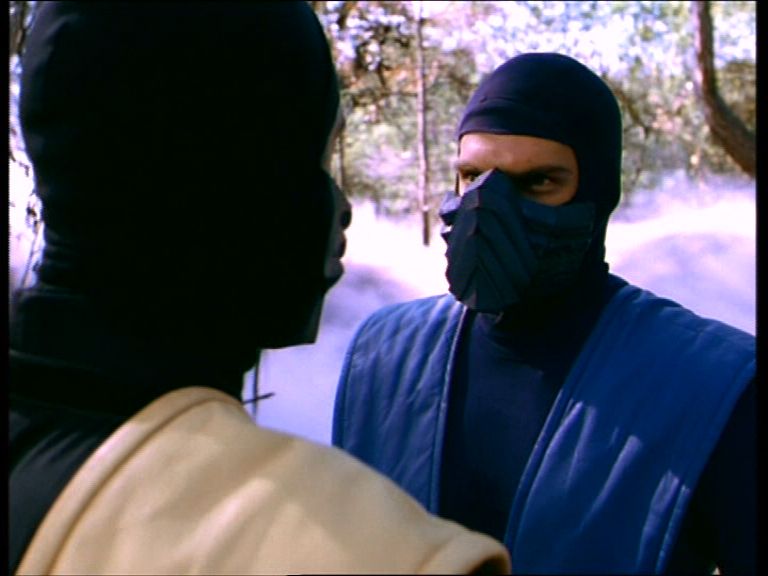 Considering Sub-Zero and Scorpion started life as little more than cloth-laden palette swaps of each other, both characters have done well to forge their own identity over the decades. Aesthetically, Scorpion’s yellow attire has become instantly recognizable, and fully aligns with his fetish for all things fire and hellish. His best costume by far has to the be the one from 2002’s Deadly Alliance, where he began strapping swords to his back and donned a more hooded appearance – a look set to return in MK11.

Deadly Alliance also saw a marked change for Sub-Zero’s appearance since it was here where his bulging arms started to glow blue for the first time. Suddenly, the cold threat he exudes was better represented visually. More so than Scorpion the frozen Lin Kuei warrior has generally retained a garbed robe-like outfit, which says a lot for how confident he is about not getting hit, but his overall aesthetic? Less so.

Verdict: The man is an undead warrior who uses a mask to cover up his flaming skull. It has to be Scorpion. 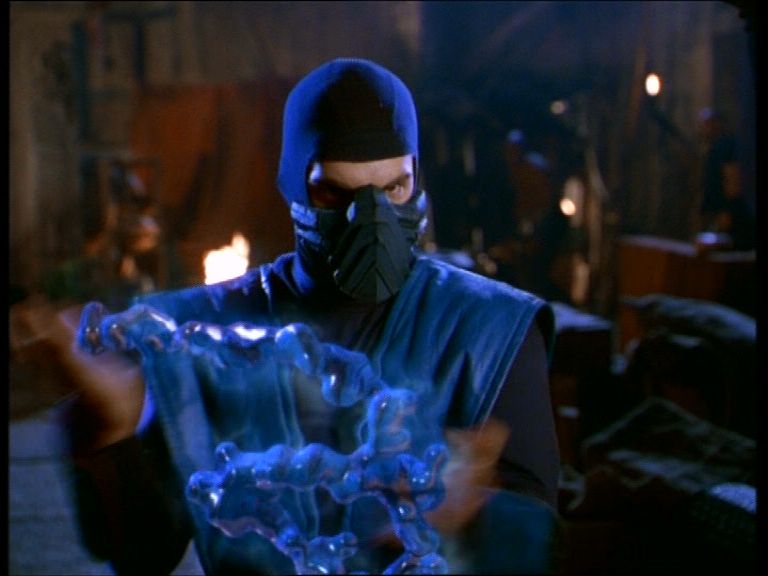 The idea for Sub-Zero’s various freeze-based special moves originally came from how series creator, Ed Boon, wanted to give players a way to land a free hit. It worked, and the iceman’s frozen skill set has continued to evolve ever since. His general freeze blast (sometimes referred to as ice ball) can give players a nice advantage whenever an enemy proves too fast to manage, but the ice slide that lets him skate from either side of the screen is also a cool and effective way to cover ground.

Being an undead ninja warrior, Scorpion’s mastery of fire and chains makes him a force to be reckoned with. The character is often the first choice for a new player, not least because they would have heard the iconic “Get over here!” scream he gives when unleashing his spear attack. In live-action interpretations this spear is usually depicted as a snake creature shooting out from his hand. This makes Scorpion’s abilities even more unsettling, but it’s easily dispatched with a simple slice.

Verdict: Fire may melt ice but Sub-Zero just edges it here. Having the ability to freeze enemies in any position is a strong advantage. 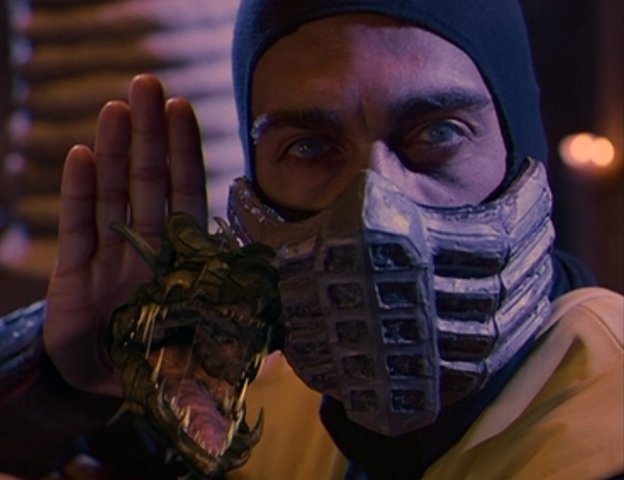 Scorpion and Sub-Zero are both disturbed ninja warriors, as you might imagine – albeit for their own distinct reasons. The modern Sub-Zero entered the tournament after Scorpion killed his brother in the first go around, where being trained by an ancient faction of assassins known as the Lin Kuei has rendered him a cool and calculated killer. Scorpion, on the other hand, is the maker of his own madness and therefore more of a loose cannon. Any affection he once had has been replaced by vengeance, fueled by the hatred of those who butchered his family.

Verdict: Sub-Zero’s humanity remains intact and still lives by a code. Scorpion wins this one for his tragic backstory and the interesting status he has since found himself stuck in.

‘The Serpent and the Ice‘ was prefaced in Conquest by two stories where Sub-Zero and Scorpion both represented their own individual threats to our heroes. This episode begins with Shao Khan aiming to get the leg up on Kung Lao and crew by having the titular ninjas team up to take them down. What initially begins as a frosty partnership eventually gives way to a four-minute fight sequence where both gloriously come to blows. What follows is perhaps best described as standard definition fan service at its finest.

This fight was the culmination of a battle Mortal Kombat enthusiasts had played out countless times over themselves either at home or in arcades, and made up for the stark disappointment that came from when the two briefly traded fists in 1997’s Mortal Kombat: Annihilation. In an interesting bit of trivia the Sub-Zero martial artist, JJ Perry, actually played Scorpion in Annihilation – while Conquest’s Scorpion is played by Chris Casamassa, who also played him in the first movie.

The backstory of each ninja has some liberties taken in Conquest when compared to how it is in the games, a good example being what initially sparks the fight: Scorpion killing Sub-Zero’s sister. Kung Lao attempts to reason with the ice warrior by pleading, “[we were] both raised from childhood for one thing, to fight.” But the show holds its nerve and reminds us of why we should never root for the lesser of two evils, having Sub-Zero respond, “I was raised to kill.”

From here the two fabled rivals duke it out for close to four minutes, quickly realizing that each has powers that are easily countered by the other, so they keep the combat largely hand-to-hand. Don’t misunderstand, this was almost certainly a contrivance to keep the VFX budget appropriate to TV, but in a way works in the sequence’s favor by grounding the duel and giving it personal stakes.

There are flips galore, more somersaults than you can shoot an ice ball at, and it soon becomes apparent that the two are evenly matched as they should be. The fight eventually concludes when Scorpion’s snake is frozen by Sub-Zero’s hold, weakening the undead ninja so that he is forced to lose his honor and flee. It was a close contest, solidifying the belief that – at least in the live-action realm – Sub-Zero slightly wins out over Scorpion by having the moral high-ground, as well as the slight edge in bare-knuckle skill.

And there you have it. According to Mortal Kombat Conquest, just this once, ice beats out fire.