If you fancy a bit of PvE in The Division 2, the Dark Zones are for you. They’ve had quite the overhaul since the first game, so here’s everything you’ll need to know heading in.

The Dark Zones are where you’ll find the tastiest loot in The Division 2, and they’re also the most perilous areas, given that players can go rogue in these PvPvE portions of the game.

Ubisoft Massive has rolled out a huge amount of improvements, starting with three Dark Zones rather than just the one we had in the original game. Each Dark Zone is designed to offer a different gameplay experience. You can read more about the Dark Zone changes between The Division and The Division 2, but we’ll get into the need-to-know stuff below.

What are Dark Zones?

For the uninitiated, or those who just want a refresher, The Division 2’s Dark Zones are where you can go to take on hard-as-nails mobs for high-level loot, and hunt down other players if you choose to go rogue. You can find items here that you can equip immediately, but the best stuff will be contaminated, and the only way to get it out is by calling in an extraction.

Rather than one Dark Zone, players can explore three of them; Dark Zone East, South, and West, which will have staggered access based on your progress in the main campaign.

Massive broke down the three zones as follows: 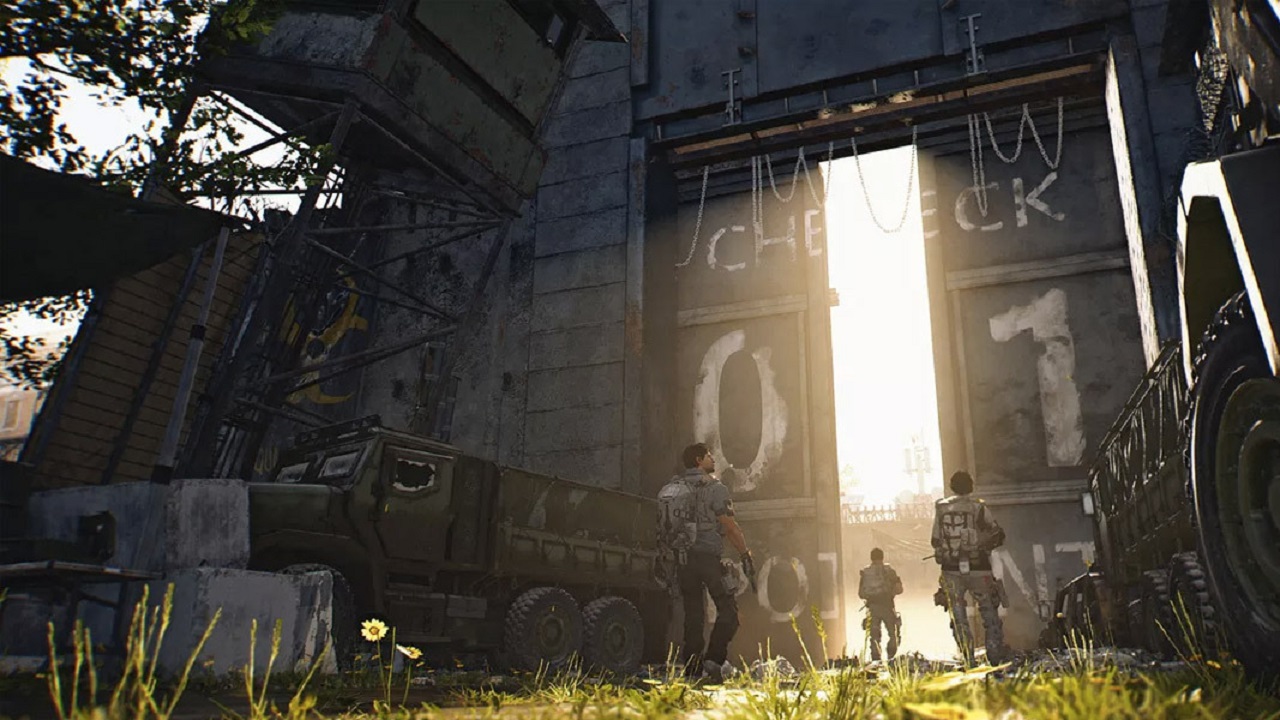 You won’t be able to unlock the Dark Zones until you’ve reached level 10 and have upgraded The Theater settlement to level three. The Theater is the first settlement in the game, and you’ll be sent there as part of the main story.

One of the prerequisites during this levelling up process includes disrupting public executions. These happen at random, so you may find yourself wandering the map with nary a distressed civilian in sight. Any question mark icon on your map could be a public execution, with the exception of those located indoors. Once you get close enough, you’ll be able to see what type of event it is. They often tend to pop up in the area to the south of the White House, but it’s pretty much random.

Once that’s done, you’ll meet a Dark Zone agent by the name of Senait Ezera who you will promptly recruit to the White House. Talk to her at you Base of Operations and she’ll give you the mission to unlock Dark Zone East.

Next up is Dark Zone South, and you’ll once again have to tick off the prerequisites to get in. Once you’ve unlocked South, Dark Zone West and its related tasks will be next on your agenda.

The Dark Zones will have tutorial missions of sorts, so rather than being thrown in at the deep end, players will get to familiarise themselves with the areas before the real deal Dark Zones unlock, where it’s every man for himself.

The Dark Zone changes between the first game and its sequel should make for a much better PvE experience all round.

Within the realms of “most” of the Dark Zones, all weapons and gear will be normalised to make for a more even playing field. Surviving encounters won’t simply be down to the what you’re packing. All of your gear and weapon stats will be brought within a narrow range, making you utilise strategy to get the upper hand, as opposed to relying on your superior loadout.

When it comes to matchmaking, players will be split into level brackets (1-10, 11-20, and 21-30), and the system will also take their World Tier (world level) into account.

On occasion, you may notice that a Dark Zone will enter an Occupied state. This will only ever happen to one Dark Zone at any time, and you’ll only encounter a Dark Zone in this state once you’ve reached the end game.

All of the Dark Zone rules are thrown out of the window in these instances. Rogue status is nonexistent, your notification system will be limited, and more importantly, there will be no normalisation and friendly fire will be active. 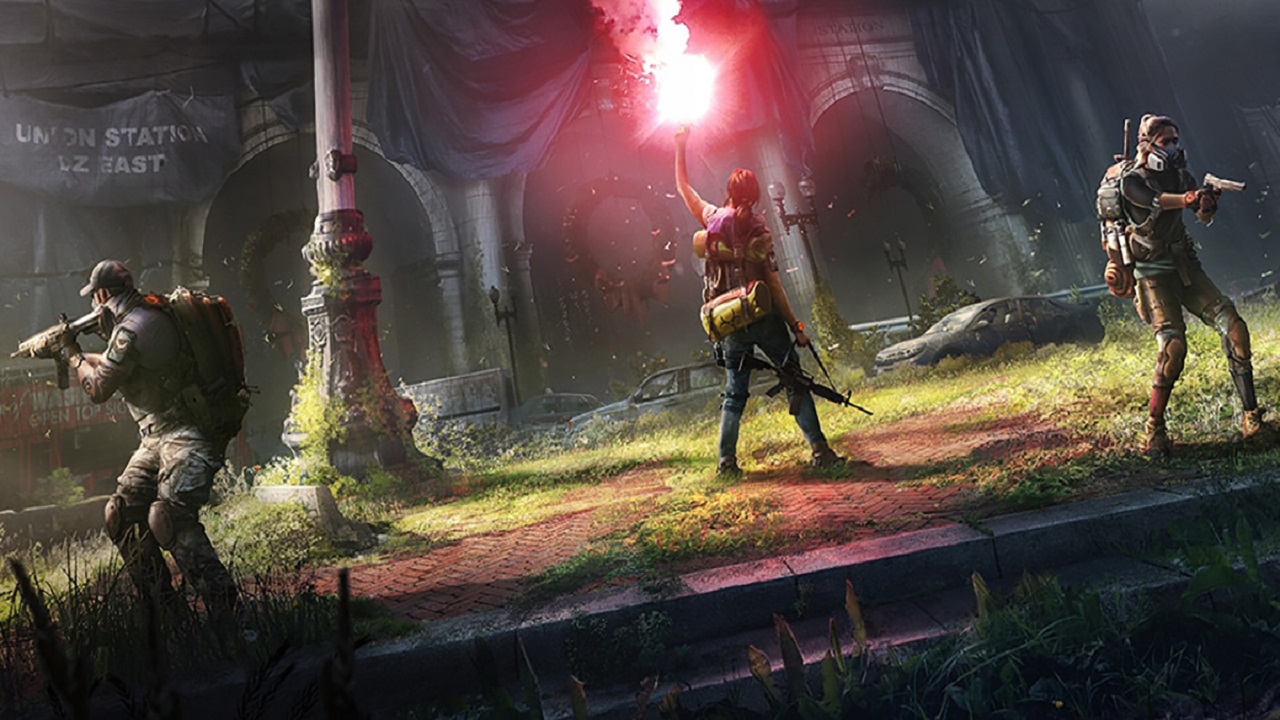 Unlike The Division, not all of the loot you come across in The Division 2’s Dark Zone will be contaminated. Because the extraction process can quickly devolve into a bloodbath, this is a way to still reward players for their efforts that also “stabilises the experience.”

That being said, the hard-to-come-by, rarer gear upgrades will be contaminated and you’ll need to call in an extraction if you want to be reunited with them once you head back to the main map.

It’s worth noting that weapon and gear stats are dependant on the Gear Score of the player who carries out their extraction, so if you’re wondering whether it’s worth your time to take down a fellow agent for whatever’s inside the yellow backpack that denotes that they’re carrying loot, the answer is yes. Always, yes.

Once you’re ready to extract your loot, head to one of the designated extraction points on your map and signal for the chopper. Be wary while you wait for it to arrive. As well as the threat of hostile NPCs, other players will undoubtedly show up – either to extract their own loot, or to bump you off for yours.

When the helicopter arrives, attach your pack to the rope and continue to defend the area until it flies off. As long as that rope is dangling there, it can be cut, so don’t run off as soon as you’ve loaded it up. If you’re successful, you’ll find your now-decontaminated goodies in your stash.

Dark Zone chests are making a return in The Division 2, and you’ll come across these as you’re tromping across the map. These loot caches can be broken into, turning you rogue, but if you want to open them without the status change, or just don’t want a pack of rabid agents on your tail, you’re going to need Dark Zone keys to open them.

In the original game, players could buy a bundle of three keys as a one-off purchase from the Uplay rewards menu, but there’s no such option this time around.

If the in-game methods for obtaining these keys is still the same, then there’s a chance that they’ll drop from high-level or named enemies – sometimes guarding a supply crate – in addition to loot-carrying players.

Killing players in PvP will set the rogue status, but as we mentioned, so will picking locks. The bonus to murdering is that you’ll get loot as well as a potential key. 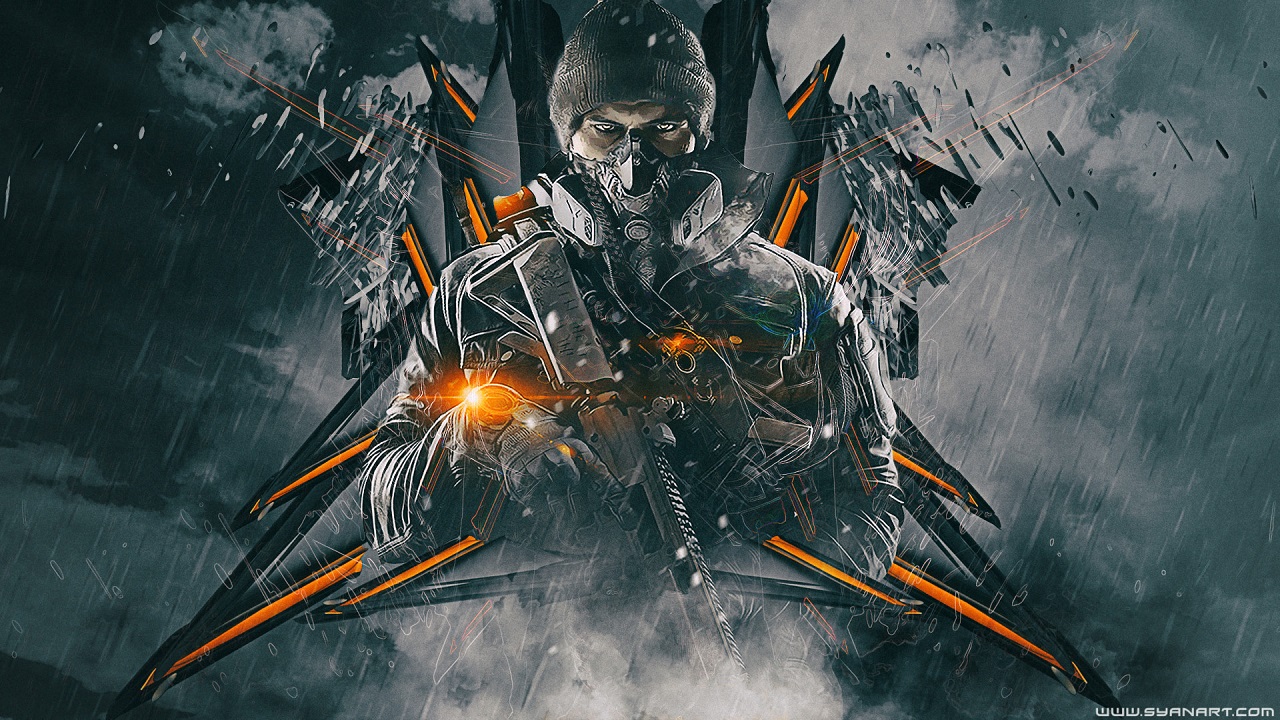 The Division 2 has developed the rogue system so that it offers more for those itching for some PvP with a payoff. There are a number of new mechanics added to the Dark Zone specifically for the purpose of turning you rogue. You’ll also get something for your trouble in these scenarios, so it’s a calculated decision weighing up the level of risk-reward that you’re willing to indulge in.

One of these changes is the introduction of rogue statuses, which we’ll get into in the next section. The three tiers include Rogue, Disavowed Rogue, and Manhunt Rogue.

When one player goes rogue, everyone in their squad goes along for the ride, so be sure to check in with your teammates before committing any acts that will change your status, or party up with people who definitely won’t go rogue while you’re on their squad, if that’s what you prefer.

Rogue agents will get their own safehouses in The Division 2 – a luxury not afforded to them previously. Plain old rogues will have access to Thieves Dens that will clear your rogue status. Multiple dens will appear on the map after going rogue, and if you’re lucky, you’ll choose to enter the one that houses a special vendor.

Manhunt Rogues can clear their status at one of three terminals that will appear on the map. Upon reaching the first one, they can choose to clear their status, or increase their notoriety level and bounty for a chance at better rewards. The status can still be cleared at either of the two remaining data stations.

How to go rogue

There are numerous ways to go rogue, and not all of them include mowing down an unsuspecting bunch of Division Agents.

The three rogue tiers and their associated actions are as follows:

Now that you’re up to speed with the Dark Zone, how it works, and what to do in there, utilise the following tips to make the most of your first foray into the area.