As you go about your business saving the world in The Division 2, there’s one thing you’re going to hear more than anything else: a robot-y voice over the intercom saying, “Agent in need of backup”, over, and over, and over again.

This is part of The Division 2’s jump-in, jump-out multiplayer, which lets you call for help from other players in a pinch, or gives kind-hearted samaritans the option to lend their rifle to a fellow agent in need.

How to join other agents requesting backup

As you’re playing – whether that’s in freeroam or in a mission – when you hear the “agent requesting backup” prompt, you need to press and hold the button or key shown in the bottom left of your screen to respond to the call. On PS4 you do this by pressing and holding the Touchpad when the prompt appears.

This takes you out of your current session and into the other player’s. If you’re in a mission, this will be someone who’s asked for help on the same mission.

How to request backup in The Division 2

If you ever find yourself in need of a helping hand and don’t have a fireteam on-call to jump into your sortie, simply open the map screen (press the touchpad on PS4) and press and hold the button or key prompt at the bottom of the screen (Triangle on PS4).

You can also call for backup by opening the social tab of your menu and pressing the button or key shown once (Triangle on PS4).

This sends a request that, if answered, will bring a friendly stranger into your session to join the battle.

How to send backup to other players without waiting

If you jump want to help out another player without waiting for a “agent requesting backup” prompt to come in, all you need to do is head to a Matchmaking Station at your Base of Operations or a Safe House, interact with it, and select the “Answer the Call” option in the bottom right. 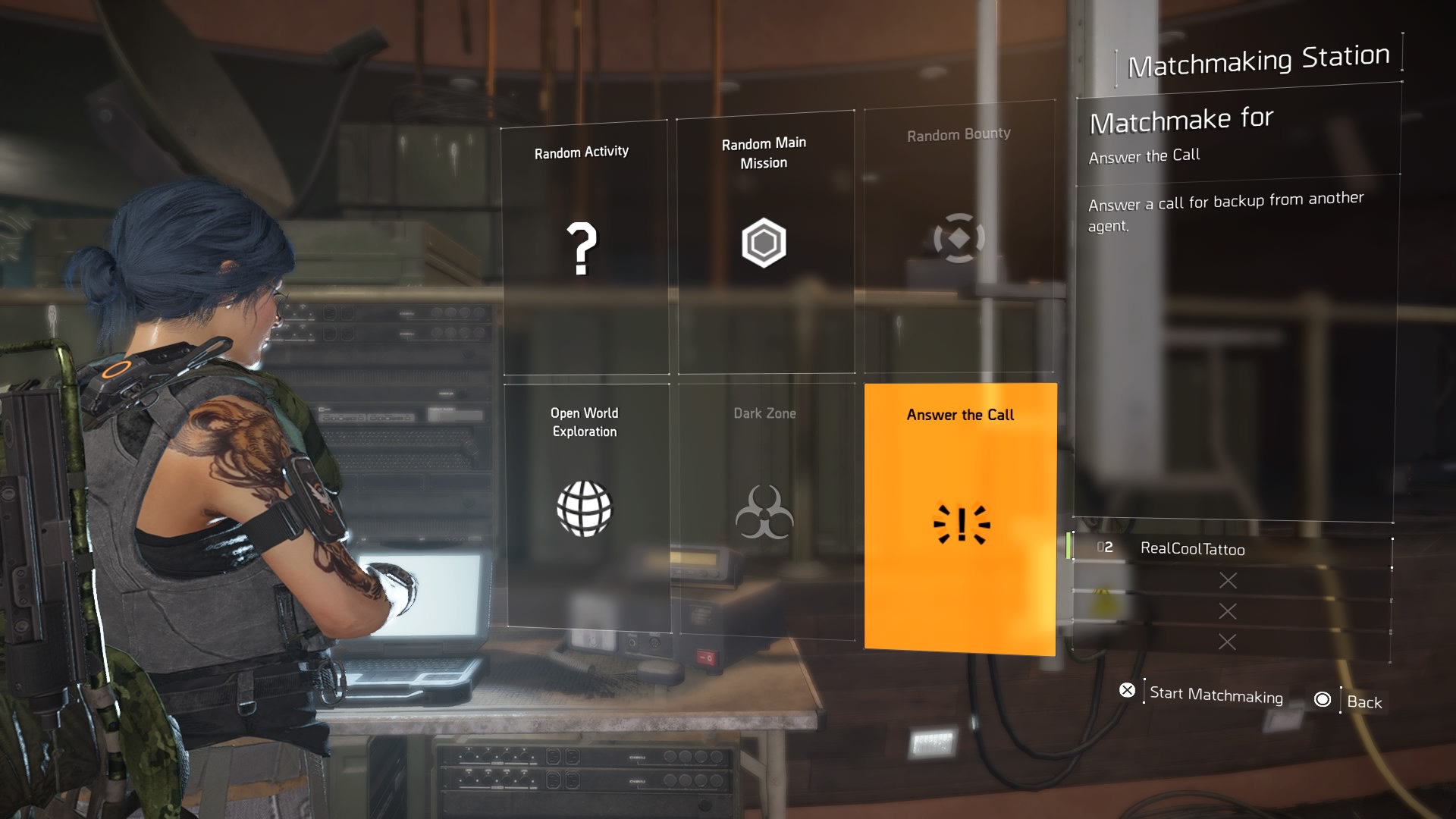 This puts things on your terms, rather than having to run about hoping you’ll get a request.

Now that you’re ready to face the Hyenas and other malevolent factions that have moved to take over D.C, why not go after their most precious booty? Here’s how to track down Hyenas Keys, as well as the Outcasts and True Sons variants.