He breaks into a sprint, then a power slide. The moment he connects with the chicken it takes off with a comedy ‘bukhaw’, soaring into the side of a nearby planter with a clunk, before falling motionless to the ground. “Woah-ho-ho,” says the YouTuber. “He went flying!” A moment later a dog wanders over to sniff at the prone poultry, so Slogoman ruffles the hair on its head.

The clip from Far Cry New Dawn, reposted on Ubisoft UK’s Twitter account and over in 37 seconds, captures the tonal incongruity of the series’ approach to animals. It’s not as if it’s the first time digital chickens have been booted around in the name of physical comedy – if anything, Slogoman should be paying royalties to the makers of Fable. But it’s a stark and strange way to promote a new Far Cry game, especially when you consider where the series came from.

Check out the full video on Slogoman's YouTube channel! 🐔 #FarCryNewDawn

>> https://t.co/qClJhdHBe3
*No chickens were harmed in the making of this video. pic.twitter.com/Ol8cMWjFq8

At one point during the creation of Far Cry 2, the plan was that you would be able to pet the zebras. It was a charmingly gentle, if ludicrous, suggested solution to a problem to developers were having with their wildlife. A team led by Clint Hocking at Ubisoft Montreal had completely reimagined Crytek’s stealth-shooter as an African savanna-based simulation – one in which the open world was just as convincing when you parked up the jeep to watch the sun set behind a Baobab tree as when you fired shotgun slugs into the side of an enemy compound.

The idea was that the serene mundanity present in Far Cry 2’s map would heighten the messy, frantic horror of the shootouts, and for a while the dev team sought to bring that detail and depth to the gazelles and buffaloes that roamed the map. That is, until they started playtesting.

“A lot of testers were just running around shooting animals and laughing about it,” Hocking told Idle Thumbs in 2013. “That made us uncomfortable, and we came up with a lot of different plans to fix it.”

The zebra-petting was part of an attempt to make positive interaction with animals possible, and so steer player behaviour in that direction. But down that path were all sorts of knock-on design questions that Ubisoft didn’t have the answers to, and so ultimately Hocking decided to put his design philosophy into reverse: the animals would opt out of the simulation. In the final game, gazelles drop dead with a single shot from your rifle, or at the slightest touch of your bumper. And they really drop, too: not with a lavish death animation, but slumping simply and unsatisfyingly to the ground. 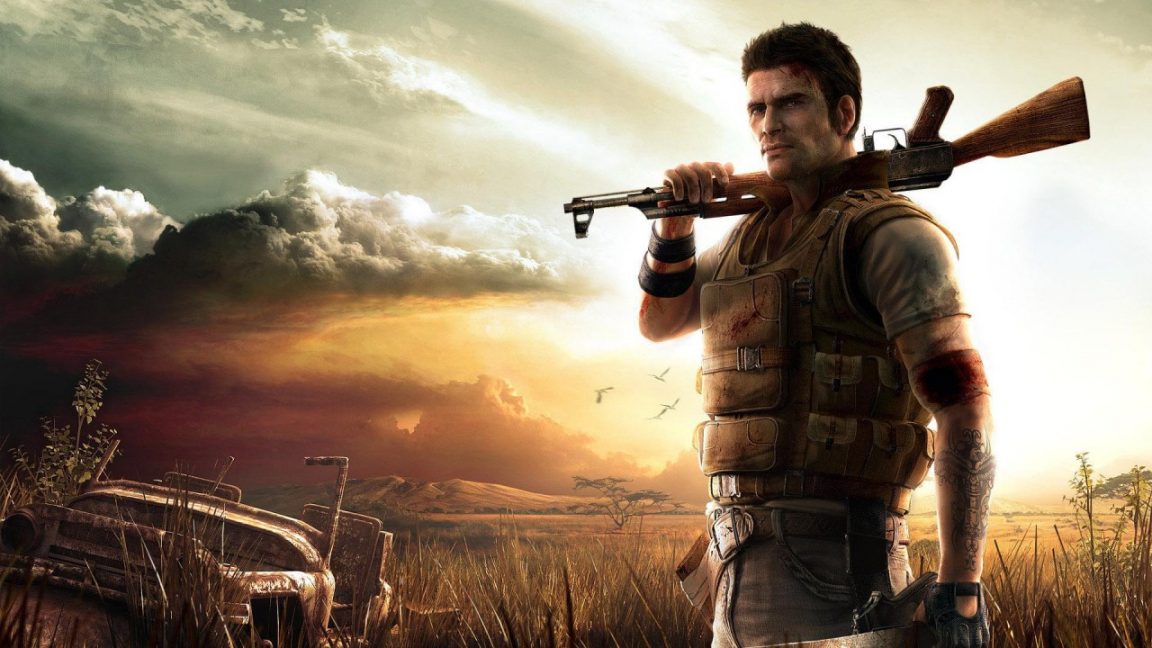 “You can’t machine gun it around the plains, and make its legs flop or float in the water and be ridiculous,” said Hocking. “It just becomes not part of the simulation anymore. And guess what, it’s really boring.”

It’s the same principle parents have lived by for generations, telling their children not to give bullies the reaction they so desperately crave. After the change was made, players who shot at Far Cry 2’s wildlife got nothing out of it, and never bothered doing so again.

Perhaps that would have remained the case as the Far Cry series passed into the hands of other teams at Ubisoft – if not for the fact that Far Cry 2 had a mixed response. Although admired by a cult following, the game was deliberately frustrating in other aspects, like its shooting – during which guns would occasionally jam and leave you vulnerable. That pervasive sense of discomfort proved divisive, and when Ubisoft returned to the series for Far Cry 3, it filed off some of the edges, pulling in lessons learned from other open world games on the publisher’s slate.

Far Cry 2 had lacked explicit, RPG-like progression systems to keep players hooked, and so Far Cry 3 had to have those. It’s notable that Assassin’s Creed 3, developed by the same studio at the same time, had adapted stealth systems into hunting mechanics. Hunting became a crucial part of your advancement in Far Cry 3 too, removing restrictions on your weapon count as you skinned goats, turning them into holsters. 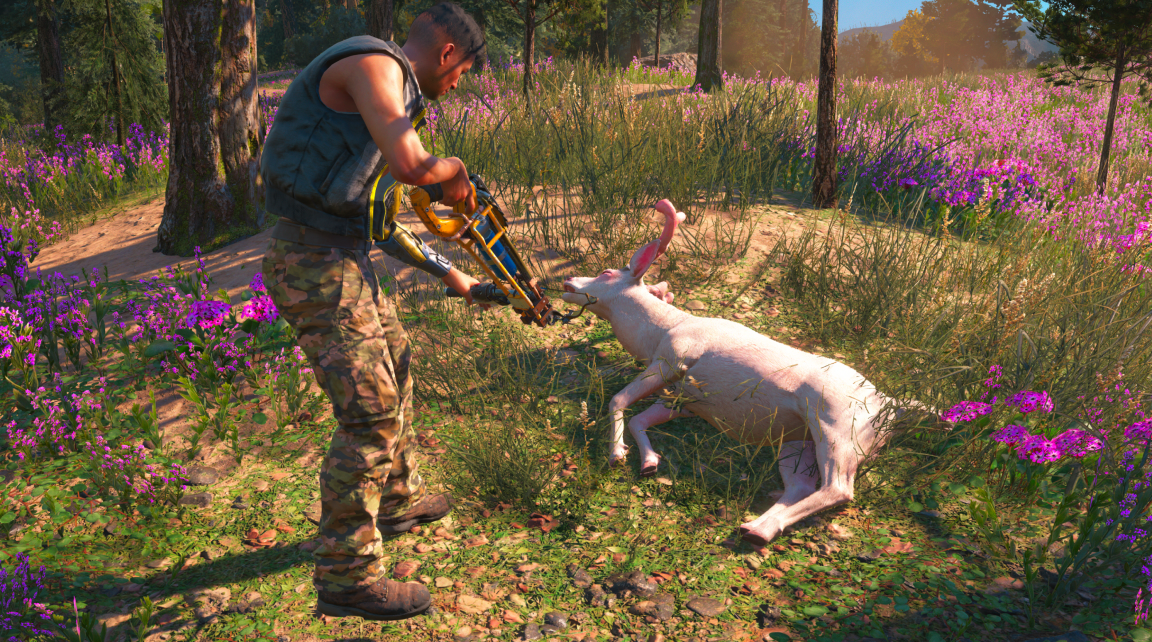 Ubisoft’s new approach was shown to be the shrewd one – Far Cry 3 was hugely popular and revitalised the series, allowing it to become the multi-team franchise it is today. But it’s hard to imagine a game in more direct opposition to its predecessor’s policy on animals.

Until Far Cry 4, that is. By then, Ubisoft was wisely leaning into the emergent chaos of its open worlds, producing as many panicked moments of unscripted convergence as it could. To that end, the AI of its wildlife became hyper-aggressive, such that it became impossible to take a quick hike across Kyrat without feeling claws in your skull and teeth gnawing at your legs. Rather than an ambient sideshow to the action, Far Cry animals had become an ever-present threat, and gunning down eagles and honey badgers part of its central action.

In Far Cry 5 the animals were bosses – big cats and grizzlies drugged up on Bliss, put down in the name of the local community. At the same time, the series introduced Fangs for Hire: cute companions like Boomer the dog and Cheeseburger the bear. The tonal mismatch could hardly have been more pronounced than when Peaches the mountain lion came upon one of her own kind, and in the scuffle you forgot which identical creature you were supposed to be shooting at.

This is not an isolated problem: in recent years, satisfying mechanics have often overridden tonal concerns in Ubisoft’s biggest games. I wouldn’t be the first person to point out that murdering desperate civilians looting coffee shops in The Division’s New York could be nauseating, or that Ghost Recon Wildlands trampled over Bolivia with the perspective of an invader, venerating the culture of special forces soldiers over that of a real South American country. But there’s a particular sadness to the tale of Far Cry, a series worth celebrating for its reinvention, but which lost its quiet respect for wildlife along the way.