Spoils of War is the latest addition to Showdown mode in Red Dead Online, and it’s a “frontier take” on capture-style multiplayer.

In Spoils of War, 2-16 players compete a team-based mode to defend their stockpile and raid each other’s.

Each team is tasked with stealing loot from their opponent’s base in order to add it to their own. While stealing the loot, make sure other team members are standing by to defend your stash. Whichever team steals the most by the end of the match wins.

This new Showdown mode can be played across a variety of locations including Fort Mercer and Valentine.

Playing Red Dead Online this week will also net you a 20% XP boost on all Showdown Modes. Plus, winning one Spoils of War match will earn you an extra bonus of 8x Dynamite Arrows. 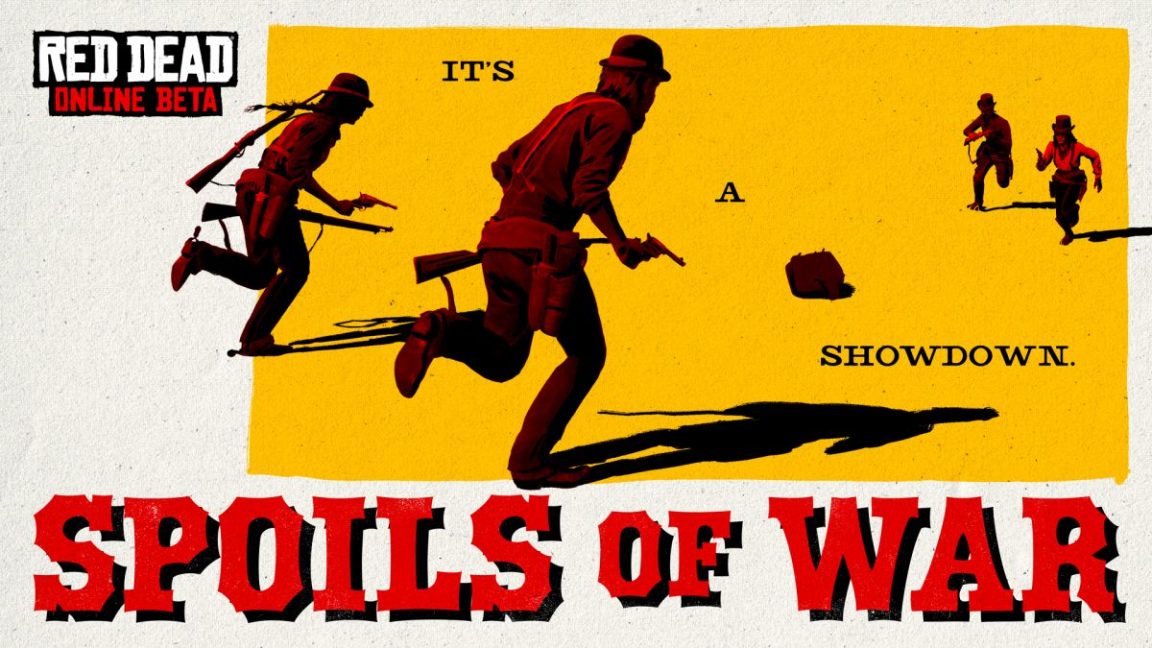 Those in the market for new threads will find a new set of limited-time accessories and clothing have been added to the game.

And don’t forget: you can earn extra money for Red Dead Online, as well as GTA Online, just for setting up two-factor authentication.