Left Alive – a terrible-looking stealth game set in the Front Mission universe – just released, and it already has free DLC.

The World of Tanks Collaboration DLC pack lets you immerse yourself in the world of Left Alive by seeing adverts for another game by another developer plastered all over the map and characters.

The DLC offers the following benefits: 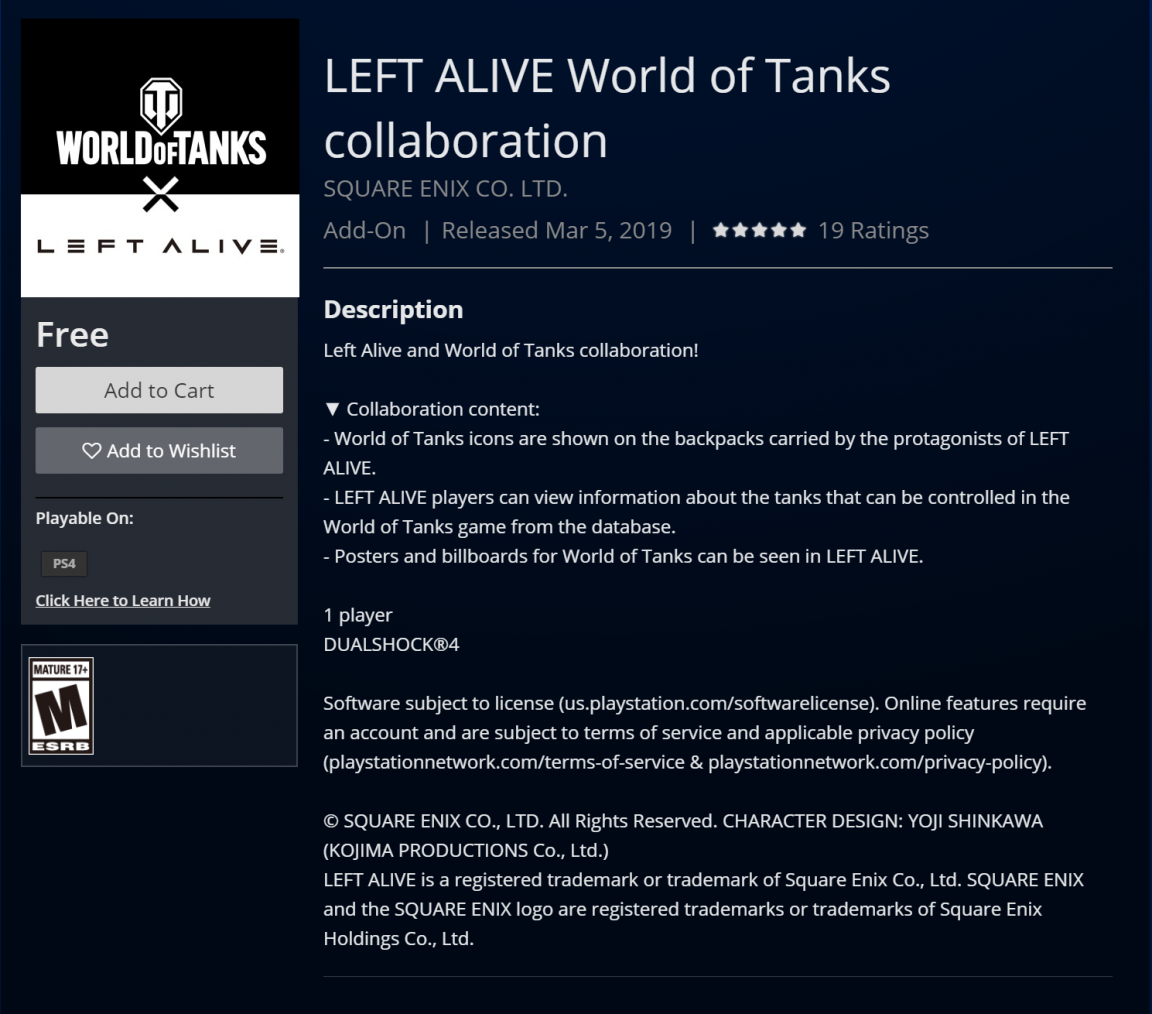 You can get all of this for the sweet, sweet price of nothing. DLC doesn’t get better than this. In fact, 19 people have already rated the DLC five stars, so we at least know everyone in the Wargaming marketing department enjoyed it.

Download it now for your free adverts. Alternatively, punch yourself directly in the groin.