The next Overwatch hero has been announced, and like previous teases indicated, Baptiste is a medic.

Baptiste is the latest support hero to be added to the Overwatch roster.

According to his origin story, Jean-Baptiste Augustin hails from Haiti and was a victim of the Omnic war which left him orphaned.

He joined the forces fighting the Omnics as a medic, and after the war was over, had issue finding work. He was eventually hired by Talon, but after the group started behaving like a bunch of criminals, he left Talon, thus becoming a wanted man.

Apparently, he knows too much and needs to be taken out or brought back into the fold.

The new Overwatch hero was first teased last week. Blizzard has updated the hero page on the official website, and you can try Baptiste out for yourself on the PTR.  Patch notes are at the link. 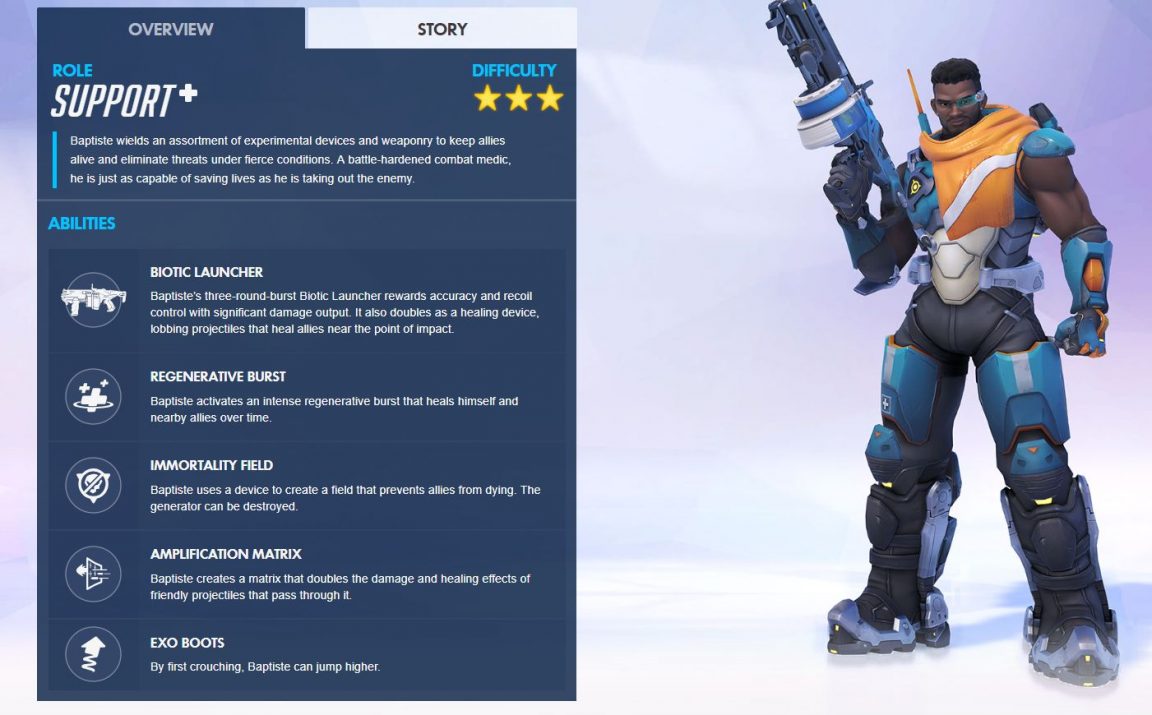