GOG has let go of at least a dozen of its staff last week.

GOG, the DRM-free digital store, is reportedly facing financial troubles. The digital distribution arm of The Witcher, and Cyberpunk 2077 developer and publisher CD Projekt, GOG has reportedly been having a tougher time competing in the digital games retail space.

Kotaku first reported the news, which GOG later confirmed in a statement to the site.

“We have been rearranging certain teams since October 2018, effecting in closing around a dozen of positions last week. At the same time, since the process started we have welcomed nearly twice as many new team members, and currently hold 20 open positions,” a GOG representative told Kotaku.

One of those affected told the site that around 10% of staff were let go as a result of GOG’s revenue not meeting targets.

Competition from other stores, as well as the shift to offer developers a bigger revenue share were cited among the reasons for this apparent decline. The source described GOG’s performance in the last few months as “dangerously close to being in the red”. 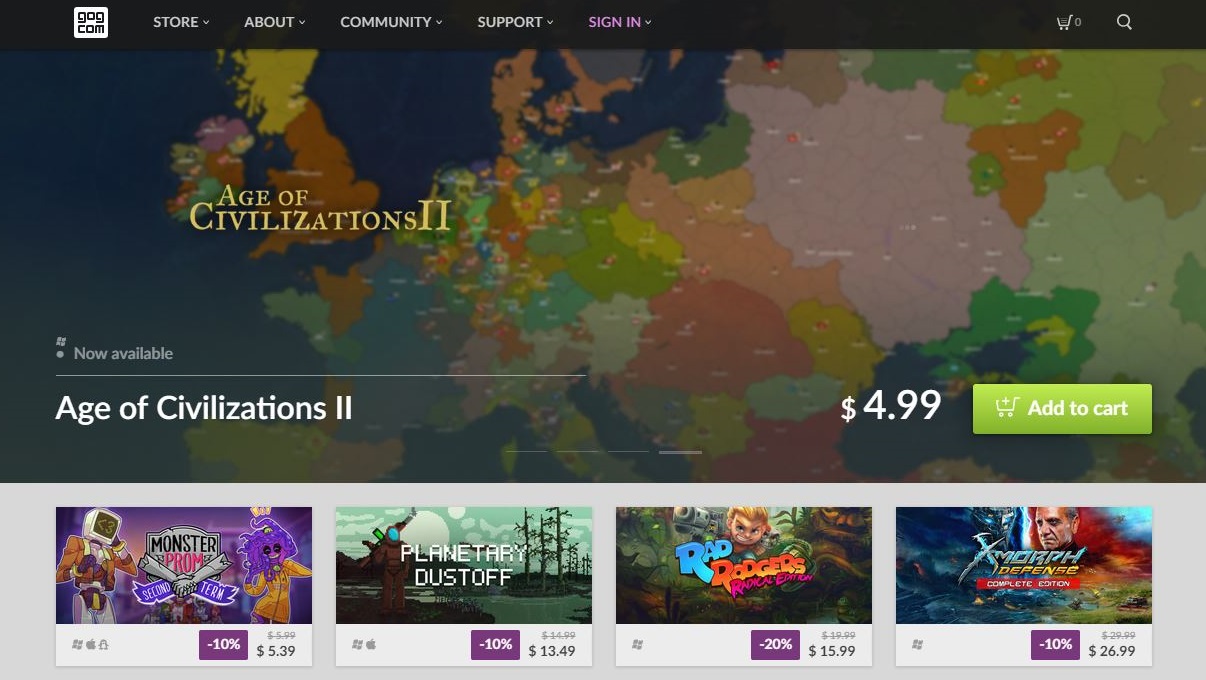 Separately, GOG announced earlier today that it’s retiring the store’s Fair Price Package program. Through FPP, GOG was able to compensate customers outside North America for the sometimes higher-than-average game prices in their territories. This price difference, which GOG says ranges from 12% to 37%, in some cases, would be refunded to customers through the store’s wallet.

“In the past, we were able to cover these extra costs from our cut and still turn a small profit,” GOG said in a statement accompanying the news.

“Unfortunately, this is not the case anymore. With an increasing share paid to developers, our cut gets smaller. However, we look at it, at the end of the day we are a store and need to make sure we sell games without a loss.”

The Fair Price Package program will remain in effect until March 31 this year.

Though GOG technically competes with Steam, and more recently Epic Games Store, the site continues to have a niche in offering DRM-free games. GOG is the only store to do so at that level, and it also invests in restoration of old and classic titles, such as making them playable on modern operating systems.