At the DICE Summit in Las Vegas, Amy Hennig touched on the topic of modern single-player games in an interview with Venture Beat.

Contrary to what you may think, Hennig doesn’t believe single-player games are going extinct, they’re just evolving. “I don’t think anybody would say single-player is dead,” said Hennig.

“Look at the current crop of games. It’s just a harder and harder proposition.”

What this means in practice is that the sort of game that the original Uncharted was can’t exist today. The first Uncharted was a short, single-player-only game with a story campaign. Once you finished the story, there wasn’t much else there for you.

“Now you have to have a lot of hours of gameplay. Eight would never cut it. Usually some sort of online mode. And of course you see where things are pushing, toward live services and battle royale and games as a service,” she explained.

“All of those things — I don’t know the word I’m looking for, but they play less nicely with story. They’re less conducive to traditional storytelling. That has a shape and an arc and a destination, an end. A game that is a live service, that continues, does not.”

Uncharted 2, and 3 both featured online multiplayer modes. Though these modes were first viewed as “tacked on”, they endured and cultivated a fan base that kept them going for years post-launch. They may never have reached mainstream audience in the way a multiplayer shooter would, but their existence justified the investment that went into single-player. 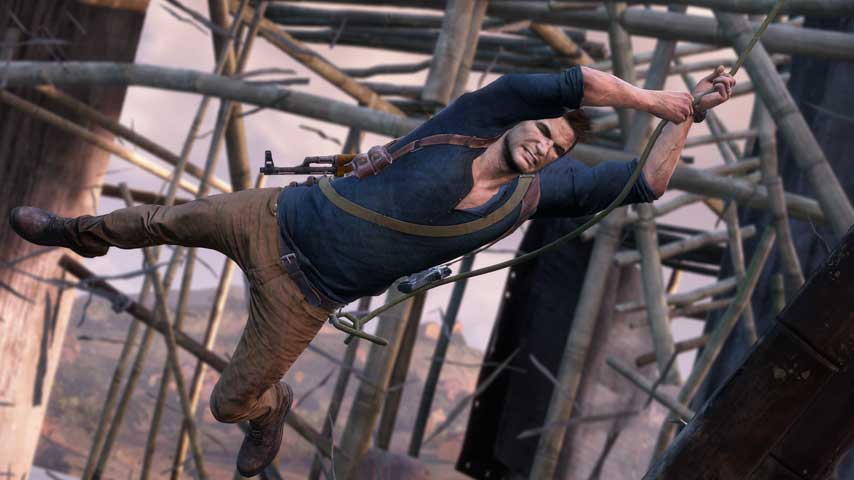 The veteran writer, and game director also pointed out that games like God of War, Spider-Man, and even Red Dead Redemption 2 are all much longer than the single-player games she used to make.

“Yes, you can look at Spider-Man and Red Dead and God of War, and they’re deeply narrative. But they’re also really long. There’s also an understanding that a lot of people may never finish it. They’ll only play the first part of a game.”

As a writer, going into it with that understanding, as Hennig puts it, “Makes me crazy, as a storyteller.”

“The length and complexity and the layers that are in these games now, sub-missions and skill trees, all these things are great. I’m not saying we shouldn’t have them. But it makes it harder. It’s harder to tell a single-player, narrative-focused game.”

Hit the link above for the full interview, which you should definitely dedicate a bit of time to.