If you followed Part 5 of our Resident Evil 2 Remake guide, you should be coming up to the Incinerator Room to rescue Ada. Next we’re heading on to the final stretch: the labs.

Head straight to the Incinerator Room and use the switch at the side of the door. Once the cutscene has finished playing, you’ll be with Ada again. You just need to run to the cable car now and flip the switch inside, setting a course for Nest.

Once in Nest, go to the safe room at reception and make sure you put away any key items you’re carrying – you won’t need those here. Make sure you have at least one healing item and some ammo on you as well. Next, go into the Security Room opposite and grab the Shotgun Shells and map.

Your next stop is through the Cafeteria in the west. Head straight there through the dark corridor, ignore the zombies inside and get straight up the ladder. Follow the vent around until you drop down into the kitchen, then exit the kitchen and head to the door on your right. There’s some Shotgun Shells in here, as well as a Flamethrower Regulator in the lockers.

Now grab the Electronic Chip security clearance from the dead arm poking out of a sleeping pod and combine it with your ID Wristband.

Leave the room, deal with the armoured zombie in front – aim for the head – and through the door straight ahead, looping back around to reception. The new security clearance will get you through the other door in here now. Use the terminal to extend the bridge, then do the same on the other end to access the East Area. 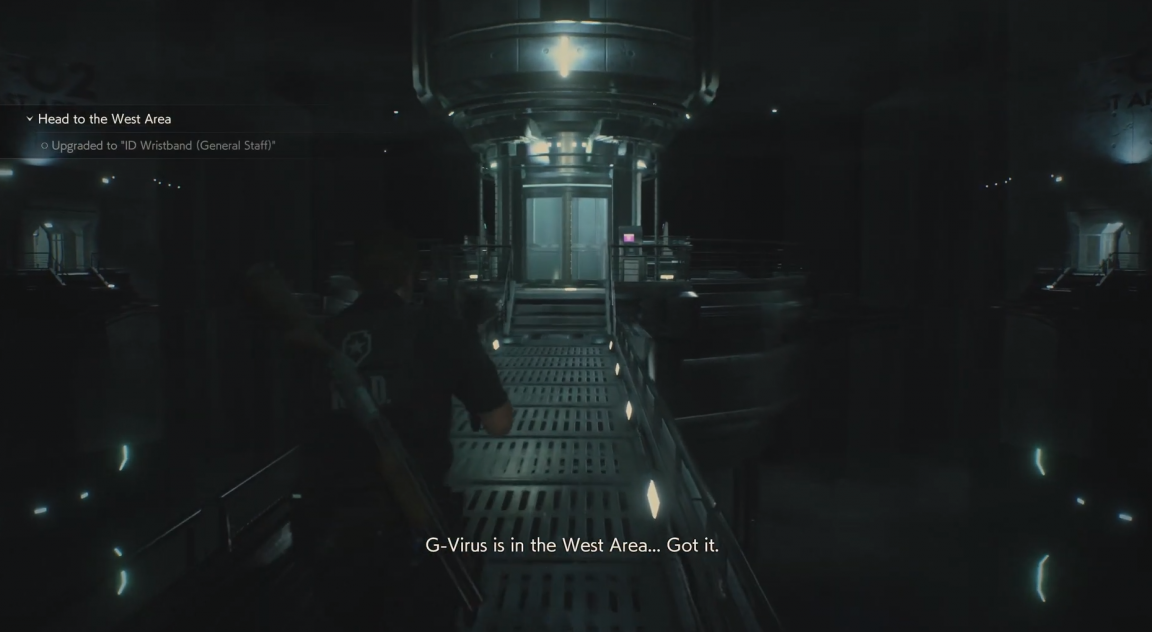 Stock up and save in the Lobby, then head through the door on the east where you’ll be greeted by a doctor pinned to a window on the other side. Go left and enter the door in the corner, into the overgrown corridor.

There are some plant enemies in here and they can kill you in one hit if you don’t have a grenade or knife on you. The best thing to do is just melt them with your flamethrower and pass when they fall to the floor squirming.

Head through the door at the other end of the corridor and you’ll be in the Greenhouse Control Room. Interact with the solution dispersion console to get the Dispersal Cartridge, then go to the display console and input these symbols:

This one opens a hatch: 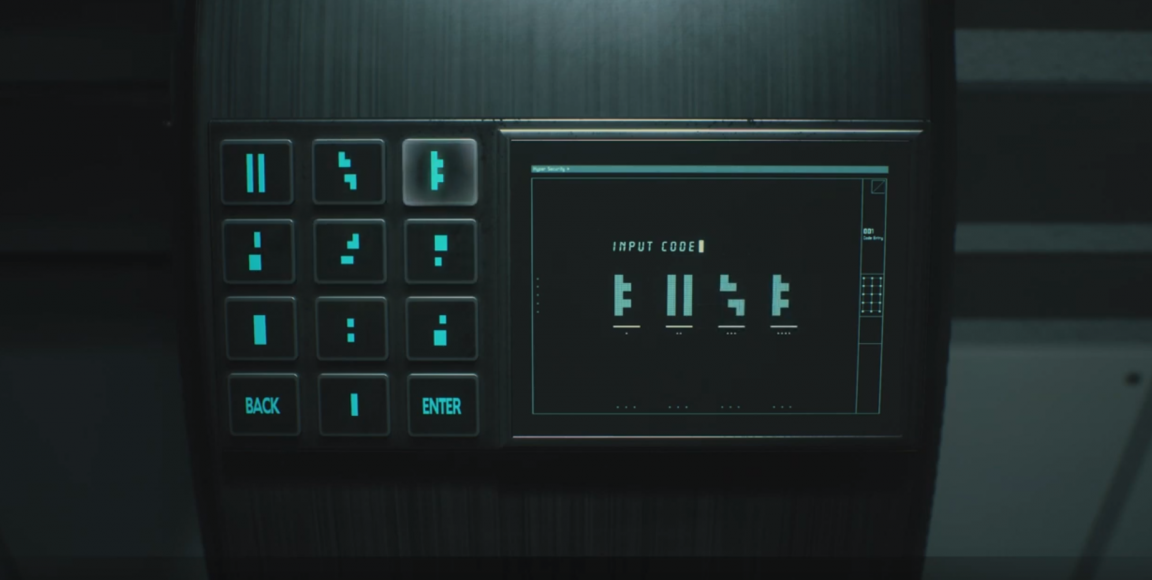 This one removes the security lock on a mixing console: 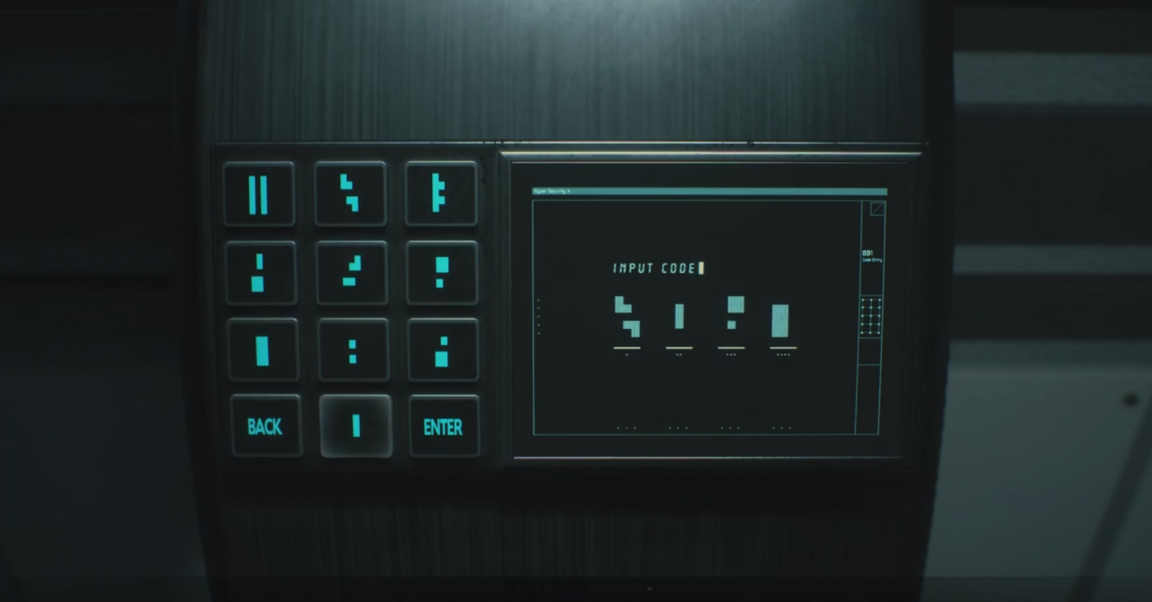 Opening both of these now will save you a bunch of time. Now head into the greenhouse and stick to the left until you get to the Drug Testing Lab. Use the Dispersal Cartridge on the console within to mix the Herbicide. Check the video at the top of this page (7:40) for the solution.

Now head back into the greenhouse and turn left when the path splits, then left again and down the open hatch. Head right to grab a map and some Gunpowder Large. Now go around the other side of the room, through the door, and straight on. You’ll be in the Lounge, a room filled with corpses. These will reanimate and attack you later, so it’s best to take them out now, one at a time.

Once you’ve dealt with the zombies, head west down the Lounge. When you get near the end of the corridor, you’ll be ambushed by two lickers – be ready. Once you’ve killed them, go through the door on the west side and head up the stairs, dealing with any zombies in your way. There’s some Handgun Ammo in a locker to your left, then grab the Signal Modulator from the wall nearby. Now go back to the Lounge and to the console on the east wall, near the vending machines.

Examine the modulator, switch the signal to MURF, then use both analogue sticks to match up the two waveforms. Once you’ve done that, use it on the console and you’ll power up this floor. Now you want to go through the door on the south side of the Lounge, into the Low-Temp Testing Lab. Shoot the woman zombie sat on the floor, head into the cold room, then use the Dispersal Cartridge on the testing apparatus. You now have your Herbicide. 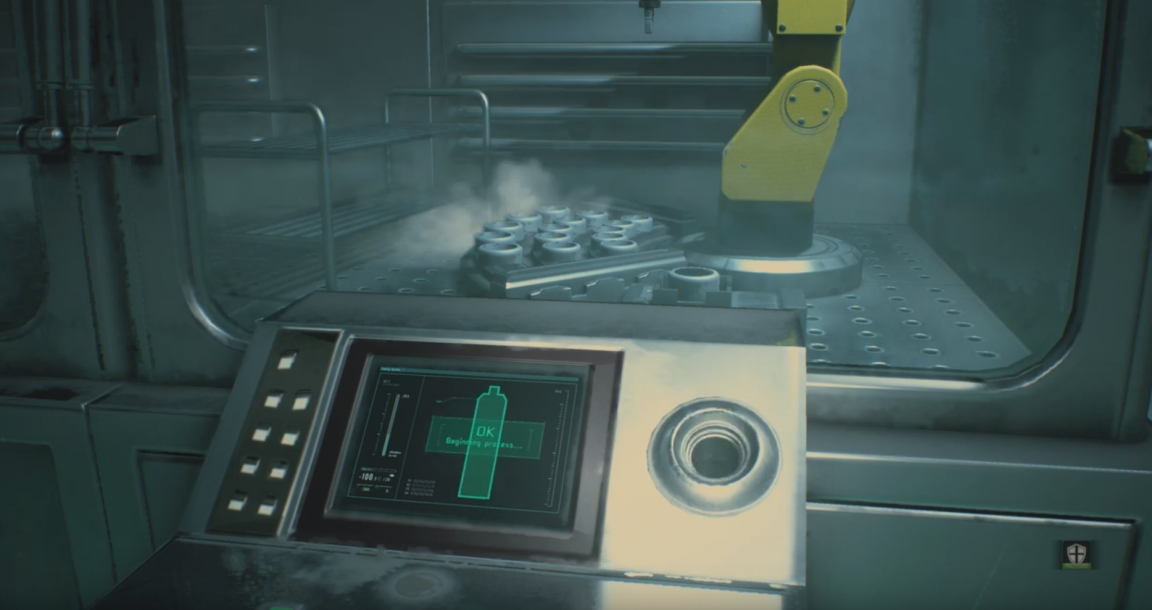 Head back the way you came, back up the ladder and through the hatch, then back to the Control Room to put the Dispersal Cartridge back where you got it from. This will free the body that was smushed against the window. Head into the greenhouse, collect the Electronic Chip from the body, combine it with your ID Wristband, then run back the way you came – right back to the central chamber. Here you need to interact with the console on the east side and cross the new bridge.

Just keep following the path through, past the storage box and through the decontamination hallway. Cross the bridge in the next room and you’ll get to the room with the G-Virus. Grab it, then go to the other side of the room to get ready for the final battle. You’ll want as many healing items and as much ammo as you can carry. Save the game, then exit the way you came, triggering a cutscene and kicking off your final showdown with William Birkin.

Aim for the eyes, stay away when he’s slashing, and keep cover between you and him when he picks anything up. You can also restock ammo and other items from each corner of the room. Your best bet is to use the pistol to pop his eyeballs when they’re all over him – when more eyes stick out of his chest like mutated haemorrhoids, use your shotgun to do as much damage as possible. If you can, save your MAG Ammo for the next fight. 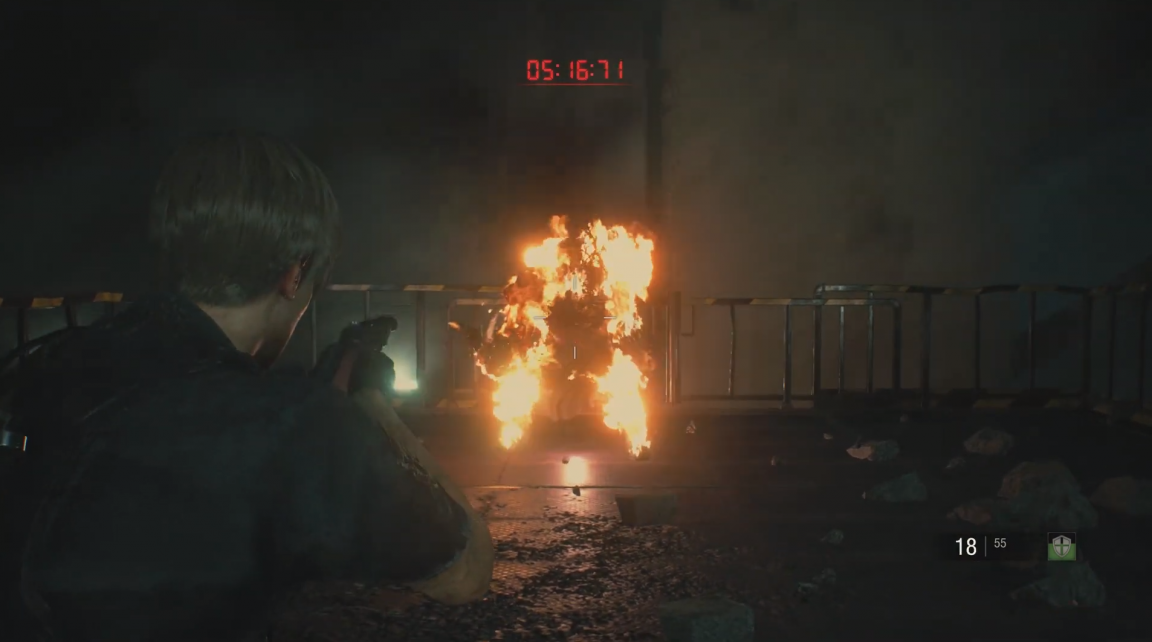 Before you head up the elevator to leave the area, make sure you grab any items and ammo you missed. Once the cutscene is done, head back to the Main Shaft for another cutscene, then use the central elevator to head down. At the bottom, grab the First Aid Spray on your right, then head forward to trigger another cutscene. Go through the exit door, head down the stairs and save your game at the typewriter. Now it’s just a case of legging it as fast as you can, avoiding any enemies in your path.

Keep going until you reach a storage container, then make space for two slots in your inventory. This allows you to pick up the Joint Plug to use on the elevator ahead. Now get ready to fight the Tyrant. Mr. X isn’t looking so good.

Again, just pump as much damage as you can into him. Aim for his exposed heart. Run away when he gets close. Use up your flamethrower fuel first because the Tyrant has an instant kill attack and the best way to stop it is to hit him with your magnum or shotgun to interrupt it. When he screams and stands still, that’s your cue to hit him with everything you’ve got. Eventually, someone will drop you a Rocket Launcher – pick it up and fire it at him to finish him in one hit.

When the elevator hits the bottom, aim your new toy at the door ahead. Fire it when it opens, maiming the group of zombies that appear on the other side. Once you’re through, you’ve finished the game and you should have unlocked the Samurai Edge with infinite ammo for that S Rank.