Fallout 76 players now have a better idea of what’s coming to the game in 2019, starting with the Wild Appalachia update that kicks off March 12.

Bethesda announced today some of the free content coming to the game in the form of three seasons. Wild Appalachia is the first, and as mentioned above it starts on March 12.

Wild Appalachia is a series of new quests, features, events, and crafting systems which will appear over several weeks. 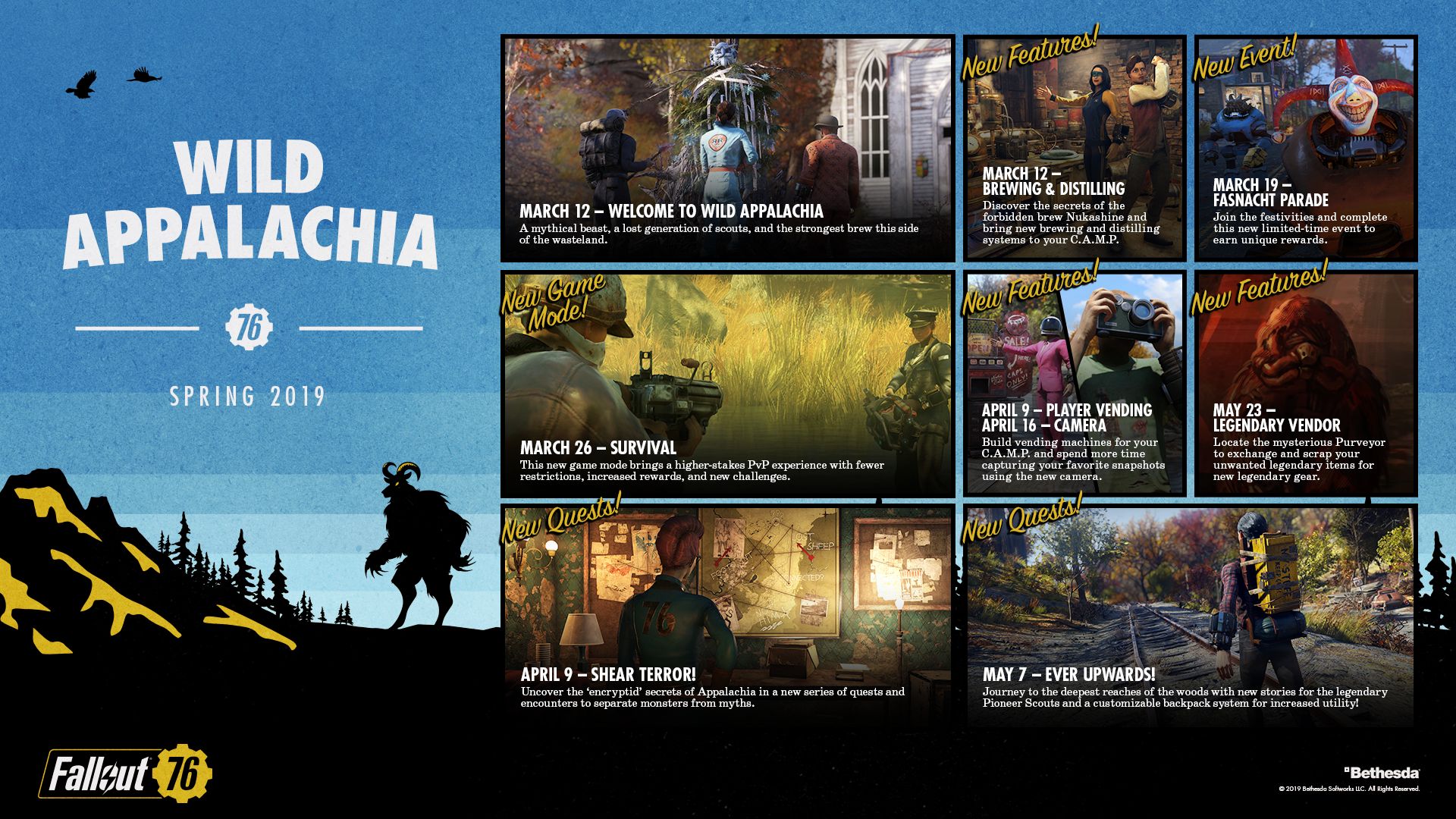 Story: A mythical beast, a lost generation of scouts, and the strongest brew this side of the wasteland. Welcome to Wild Appalachia. 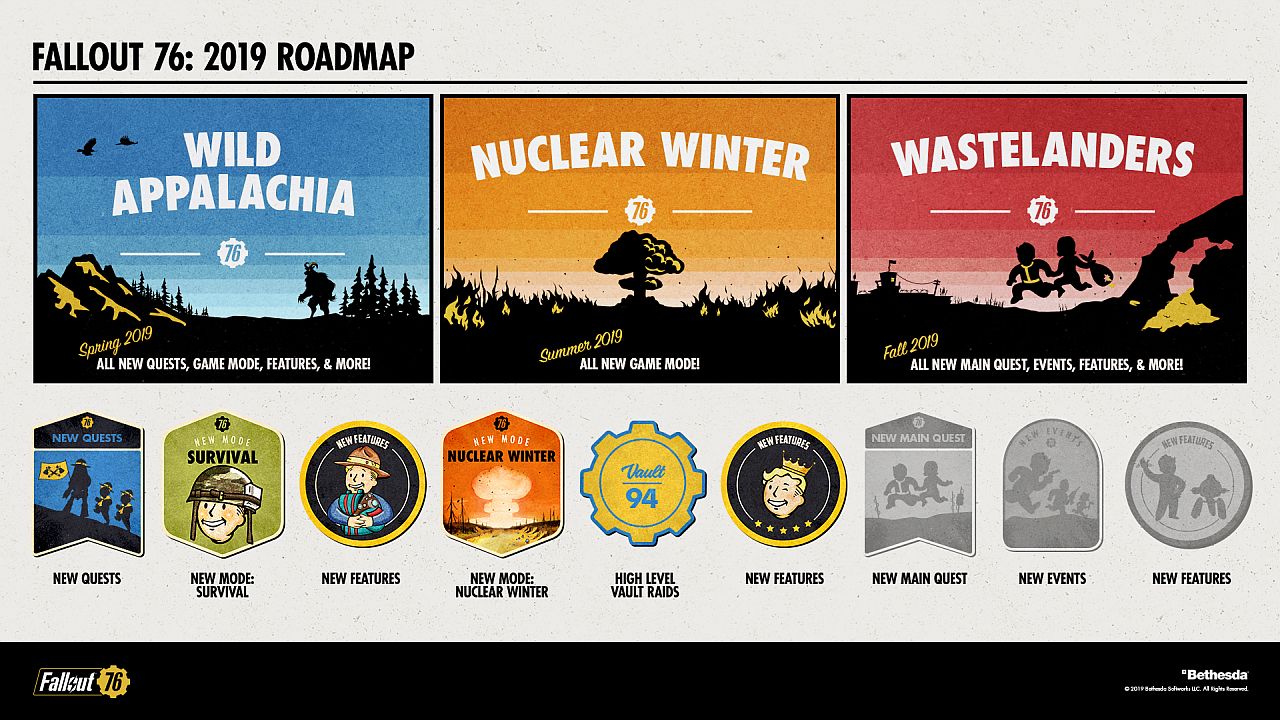 Come summer, the second season will kick off. Called Nuclear Winter, which will feature “an entirely new way to play,” as it shakes up the rules of the wasteland. This includes the new mode, high-level Vault Raids in Vaults 94 and 96, and an all-new prestige system allowing those above level 50 to become Legendary.

In the fall, Wastelanders will go live and geature a “tale with true choice and consequences.” Bethesda said this will be the “biggest and most ambitious update for 76,” complete with a new main questline, new factions, new events, new features and “more surprises.”

Bethesda said in the announcement game and server stability has increased over 300% since launch, and the average user playtime in Fallout 76 comes to around four hours per day.

It also thanked players for “sticking with” the team as it  figures outs “this online experience out together.”

“We know the game had a difficult launch, and we’ve made mistakes along the way,” reads the note to players. “We share in your frustrations when we do. We’ll probably make a few more, and when we do, we will work to correct them as quickly as possible.

“Know that we’re fully dedicated to making this game the best it can be – and even more so, a platform for endless Fallout adventures for years to come.”

More details on Wild Appalachia and other upcoming content are expected closer to the launch of each season.