Ubisoft has streamlined the process of figuring out which Rainbow Six Siege edition to go for, and what each of them contains.

Rainbow Six Siege is about to kick off its fourth year of post-launch content. With three years of add-ons, and operators, the process of picking the right edition of the game has gotten more convoluted than ever.

Today, Ubisoft made several major changes to counter some of that confusion. First, the Starter Edition, a PC-only version that launched about two years ago, will no longer be available. The Starter Edition was priced $15 – the cheapest at the time – and featured much higher operator costs than other editions.

Over time, players realised that although it was the cheapest, its value was gimped thanks to the extra grind. You’ll no longer be able to buy it.

To compensate, Ubisoft cut the price of the Standard Edition to $20. The Standard Edition is now the base version, and only comes with launch day operators. So called Legacy Operators, some of them will require Renown (in-game currency) to unlock, just like it was in 2015.

Anyone who previously owned the Starter Edition will be automatically upgraded to the Standard Edition.

Ubisoft is also dropping the prices of all other editions, and making some adjustments to content. The Deluxe Edition, priced $30, comes with base game operators, as well as all eight Year 1 operators.

More broadly, Ubisoft will be making DLC operators cheaper to buy the older they get. Exact details about this plan will be shared at the Six Invitational this weekend.

Because Rainbow Six Siege is also hosting a free weekend, all of these new editions are also on sale. At sale prices, the Deluxe Edition offers the best entry point for new players at just $12. For only $2 more than Standard, you get all Year 1 DLC operators. Not a bad deal.

And, because everyone loves video game edition charts, here’s one: 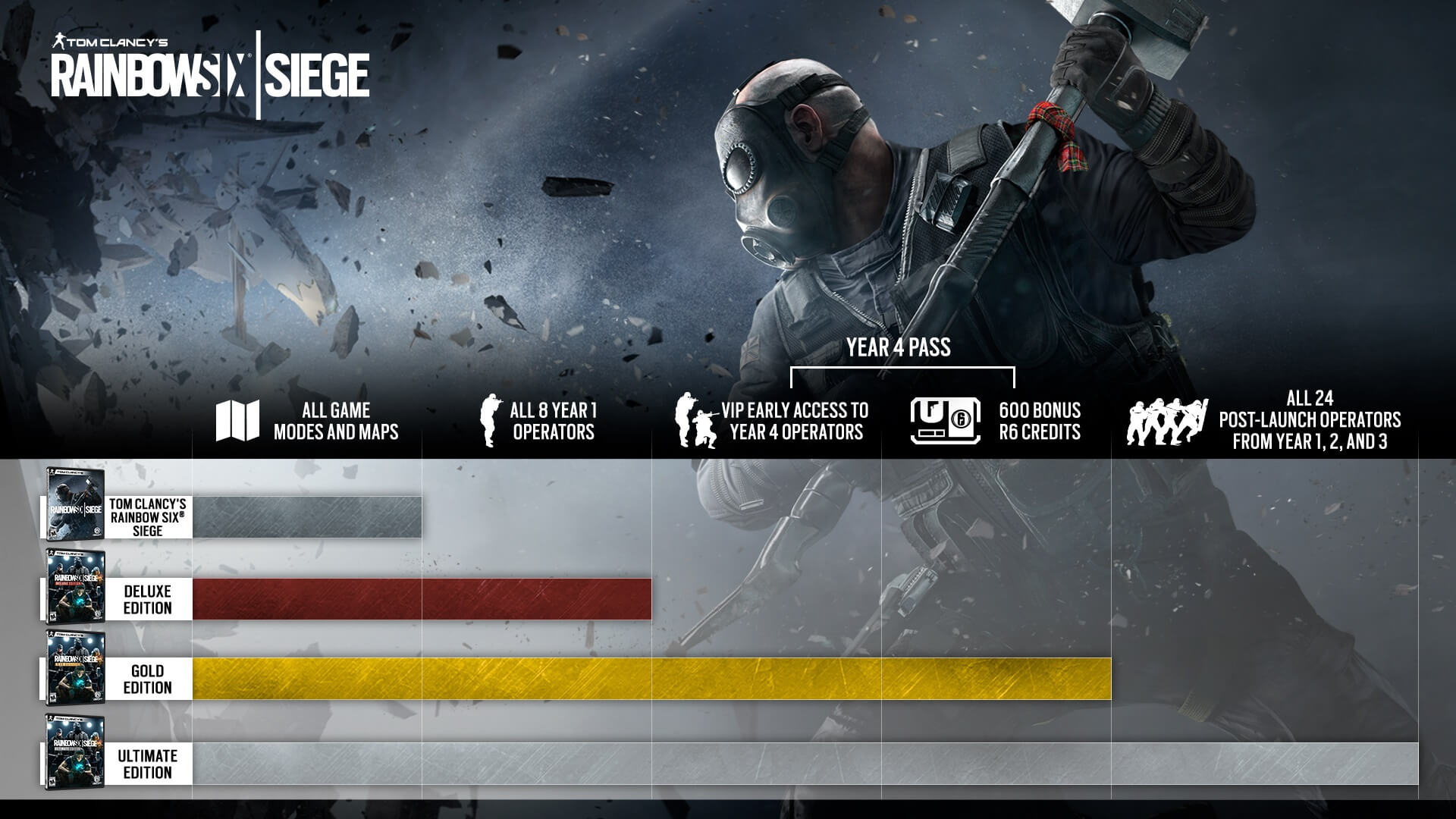