Back when Crackdown 3 was first announced, it was teased as a game-changing technical showstopper thanks to an astonishing new physics system. The game that’s shipping this month doesn’t have any of that, but it’s pretty fun anyway.

A little over a week ago, I wrote that Crackdown 3’s multiplayer Wrecking Zone is “a shadow of its former self“. The cloud-powered destruction that lets you topple entire city blocks is in the game as teased, but it’s in a very limited manner. Now that Wrecking Zone is in a closed beta of sorts, you’re likely to see a lot of tweets showing impressive-looking destruction: and that stuff is real. It’s also real limited, however, constrained to a single five-minute mode and small maps that look nothing like the mindblowing full-city destruction I saw back in 2015. But y’know what? That’s fine.

At the same hands-on where I first experienced Wrecking Zone I also got to play a little of Crackdown 3’s main campaign mode. You can see some lovely PC version 4K, 60fps video of that below, but the short version is this: I had fun, though this is a game so similar to its predecessor it feels like a very pretty, souped up version of a game that fell straight out of the last console generation. You can watch some of it in action below.

Some people might be disappointed with that after all the promises made around Crackdown 3’s new technology, but I’m actually pretty much okay with it. Crackdown falls into the same sort of category for me as – take a deep breath here, and try not to lose your mind when you read it – Sony and Insomniac Games’ Spider-Man from last year. I loved that game, giving it a generally positive review here on VG247, but the interesting thing about it is that despite the gorgeous 4K presentation and slick, MCU-like story sequences, at the raw video game level it resembles the open-world blockbusters of last generation more than some of its peers on the PS4 hardware. Crackdown lacks the iconic character and narrative Insomniac had to mine, but at that pure video game level it too resembles an older game.

That older game it resembles most of all is, of course, the first Crackdown. After a stumbling second game that piled not-so-great additions on top of a previously-fine formula, Crackdown 3 strips all that away and essentially remakes the first game. The destruction tech didn’t work, so what you get instead is a bigger, better version of that first game with an increased enemy variety, a larger world and a 4K presentation that – on PC and Xbox One X at least – is absolutely gorgeous.

Crackdown 3 even has a more confident run at story, introducing the lieutenant boss characters you’ll be taking down with stylized story sequences and an increased amount of voice-over from more characters than before. All this is taken in carefully in a manner clearly meant to not upset the old Crackdown formula, however: rarely does the game wrest control from you, and once you pass an initial tutorial there’s practically zero hand-holding. You can do what you want to do, go where you want to go, and if that means going straight to the final boss, good luck to you: it’ll just be hard as hell. 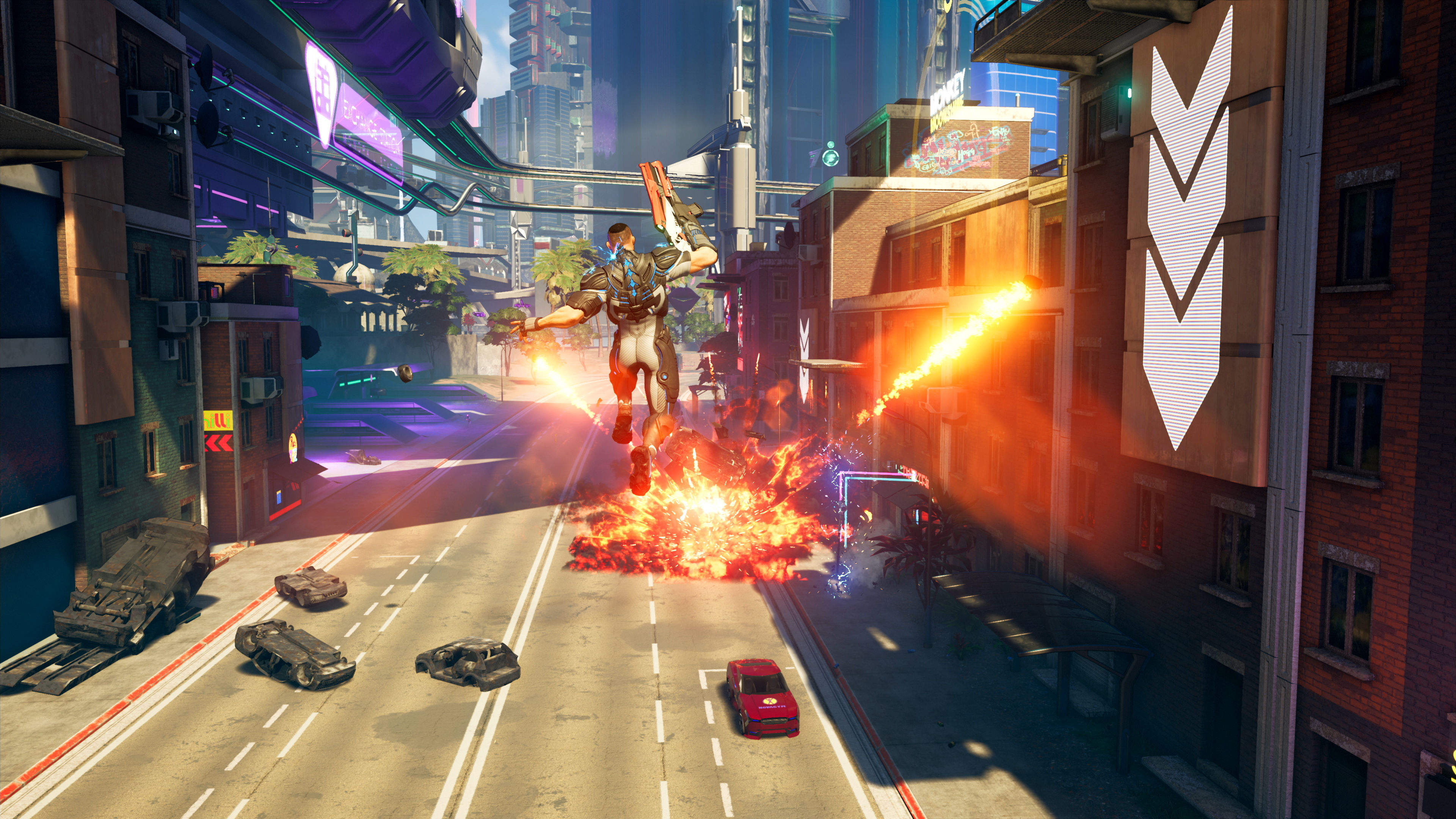 For some people this might be a negative, but my first few hours messing around with the Crackdown 3 campaign underlined something for me I sort of knew in the back of my head anyway: I’m well up for a nice, simple game like this right now. Something without the strings attached of having to keep up with rolling live updates or a super complicated plot – just let me jump in and explore a world at my own pace, punting criminals off of rooftops with glee. I know I’ll have fun – even if mechanically it’s a little dated.

Crackdown 3 is out on 15 February, and a Wrecking Zone mode stress test is currently ongoing for Xbox Insiders.