The Division 2 will track the number of times you used your character’s gloves to close car doors, and it’ll make sure you see it.

The Division 2 private beta, whose servers just got back online following some extended downtime, has a neat feature players discovered.

Upon launching the game, you’re greeted with a character select screen that shows all the weapons and gear you have equipped. Highlighting any of your characters and scrolling through their gear pieces and weapons reveals many interesting stats. For instance, your weapon will show the number of bosses killed, wheres gloves feature a melee kill count.

These rotate as well, so you’re always going to get a different statistic for any given item before they start repeating.

One of the more hilarious details Massive made sure to keep in The Division 2 is the number of times players close car doors. In the sequel, this is one of the statistics your gloves can track. 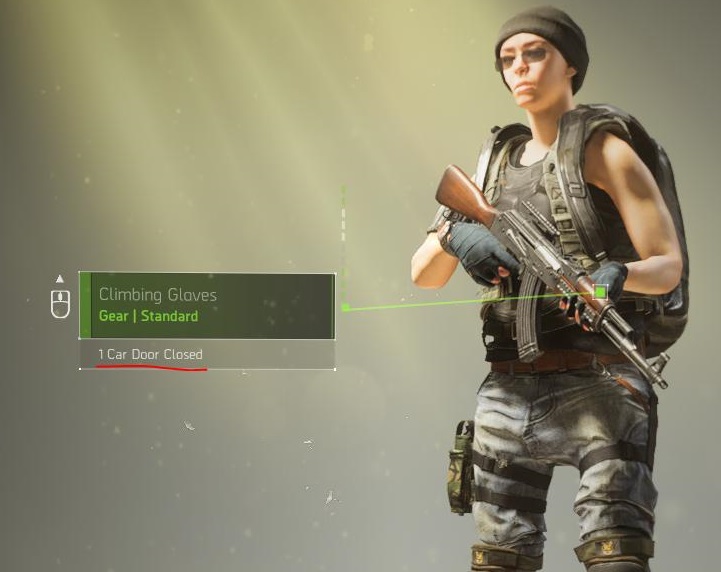 If you’re unfamiliar with the significance of this particular statistic, go back and watch the very first reveal trailer for The Division. The trailer is still impressive to this day, and it’s partially credited with starting the discussion about graphical downgrades.

One particular animation the trailer showed was of a player taking cover behind one side of a car, and casually closing the car door as they changed their angle. It was so seamless and looked incredibly lifelike, adding to the overall effect of immersion. Ubisoft even ran with it, later immortalising it in an achievement in the original game.

Car door closing animations in either of the two Division games have yet to reach that level of fidelity.