Once Nintendo’s Super Smash Bros. series really started to embrace the addition of third-party characters, the list of fan suggestions became never-ending. But what does the boss of Devil May Cry make of rumor and speculation that Dante might make it into Smash as DLC?

The Smash Bros. Ultimate DLC rumor list is extensive. Will Minecraft’s Steve or Banjo and Kazooie make the cut? With Microsoft and Nintendo getting cosier, it’s sounding more likely. Will a Dragon Quest character, possibly Erdrick, make it into the game? Leaks suggest so. 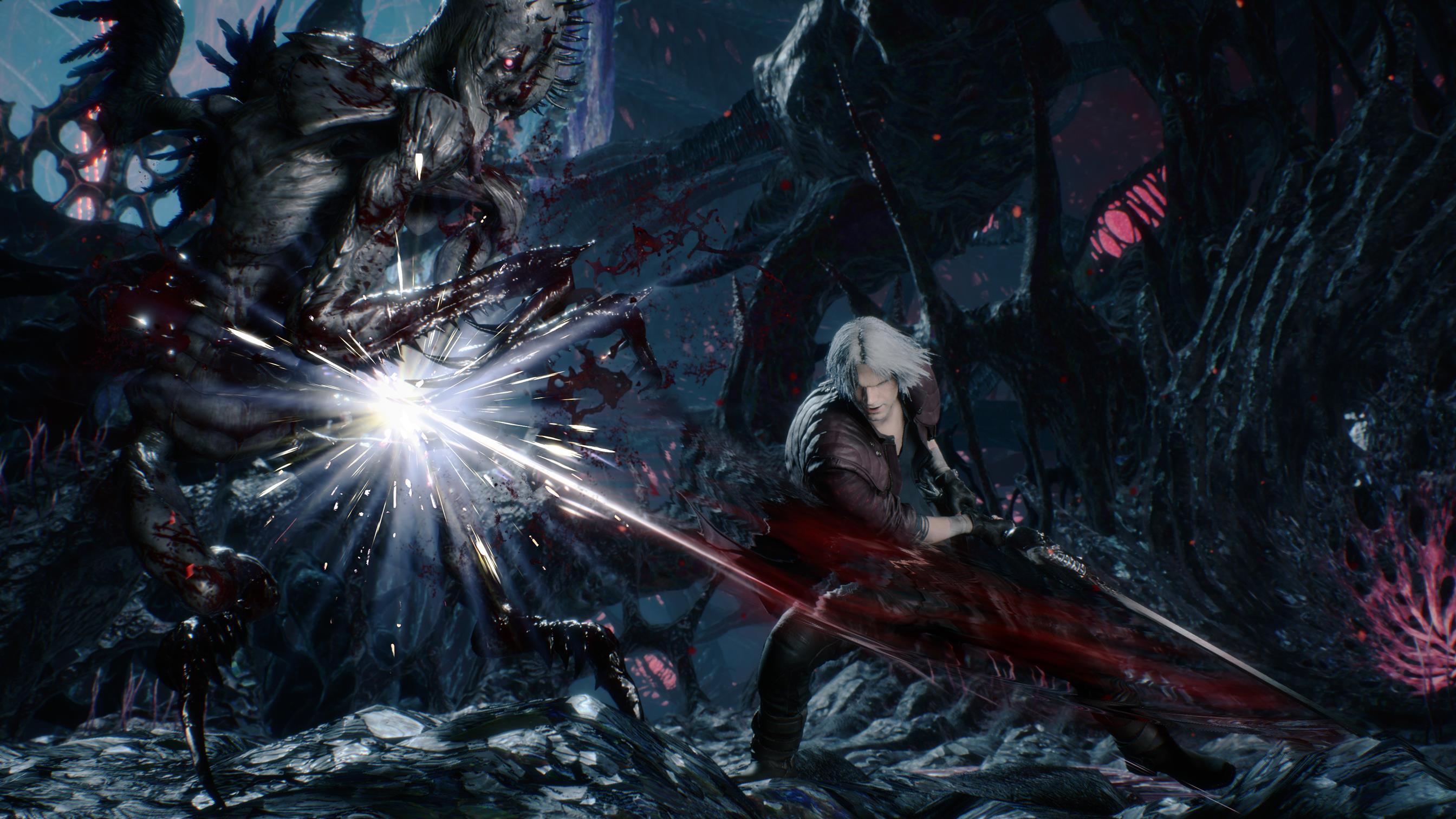 Dante is back in DMC5, but Smash Bros. fans are eager to see him join that roster, too.

One name that’s been constantly doing the rounds on the leak, speculation and outright fan wish circuit is Devil May Cry’s Dante. Reams upon reams of online discussion have been dedicated to whether or not Dante will be in Smash, and when rumors he’d be in the base game were squashed that excitement immediately carried over to DLC chatter. Bayonetta, a character also from DMC creator Hideki Kamiya, made it into Smash – and many fans are keen to see Kamiya’s two creations face off. We asked current Devil May Cry boss Hidaki Itsuno, who took over the series from its second entry on, what he thinks of the rumors and fan demand.

“Well, you think about it… I’m pretty sure that they… all the characters in Smash at least have some game on a Nintendo platform, right?” Itsuno said after a bit of a chuckle. There’s Cloud Strife from Final Fantasy 7 too, he notes, but as Itsuno points out, Cloud at least represents a series with a rich history on Nintendo.

“Well, that’s the thing. Devil May Cry has never been on a Nintendo platform. So it seems like the first thing to do would be to get Capcom to put Devil May Cry on a Nintendo platform in some way, shape or form – whatever game that might be,” Itsuno concludes. “Tell her!” he adds with a laugh, gesturing to the Capcom UK representative who can pass feedback on fevered requests for some DMC Switch ports back up the chain.

Dante is of course no stranger to fighting games, having appeared in several Capcom Versus series titles. He’s also even showed up as an alternative outfit for Ken in Street Fighter 5 (and, of course, Ken is now in Smash).

So there you have it. Itsuno is open to the idea, but believes DMC has to naturally make its way to Switch first – and that requires fan demand. Capcom is clearly very aware of the fan fever for a Dragon’s Dogma 2, so perhaps it’s now time to fire up those twitter accounts and get to port begging.

Devil May Cry 5 is out for Xbox One, PC and PS4 on March 8. Super Smash Bros. Ultimate is out now for Switch, and currently enjoying its first batch of additional character DLC.