Capcom’s Raccoon City redux is a decomposing delight, as you’ll see in our Resident Evil 2 Remake review. But just how faithful is it to the PS1 masterpiece?

The video video below compares some of the original’s most memorable moments with the Remake’s reimagined scenarios, including the alligator fight, battles with William Birkin, and everyone’s favourite undead stalker, Mr X. 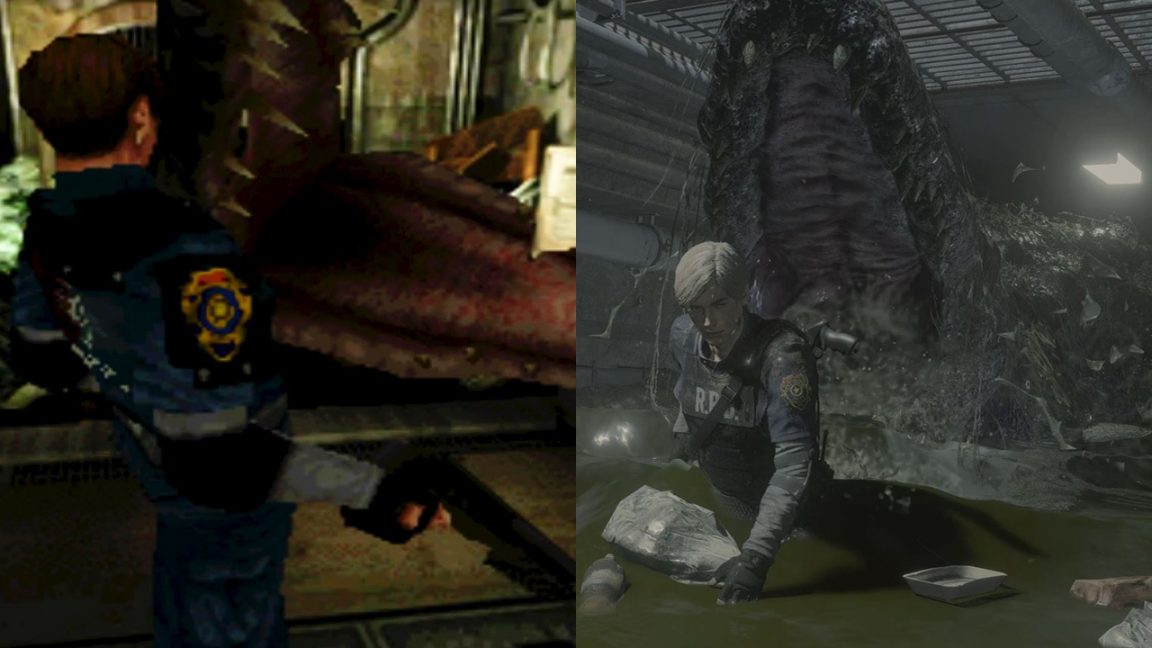 In the original Resi 2, the giant alligator encounter is over in a flash. As the beast corners Leon in a cramped sewer, you entice it to follow the cop before blowing its upper jaw off by shooting a fuel canister the mutated reptile has just scoffed. How very Jaws.

The Remake ups the sewage spectacle big time. Chasing Leon through waist-high water, Kennedy must avoid piles of rubbish to keep out of the gator’s colossal gnashers. Following this Crash Bandicoot aping sprint, Leon shoots a large fuel pipe the beast is trying to chew through. Cue all the flying gator chunks. 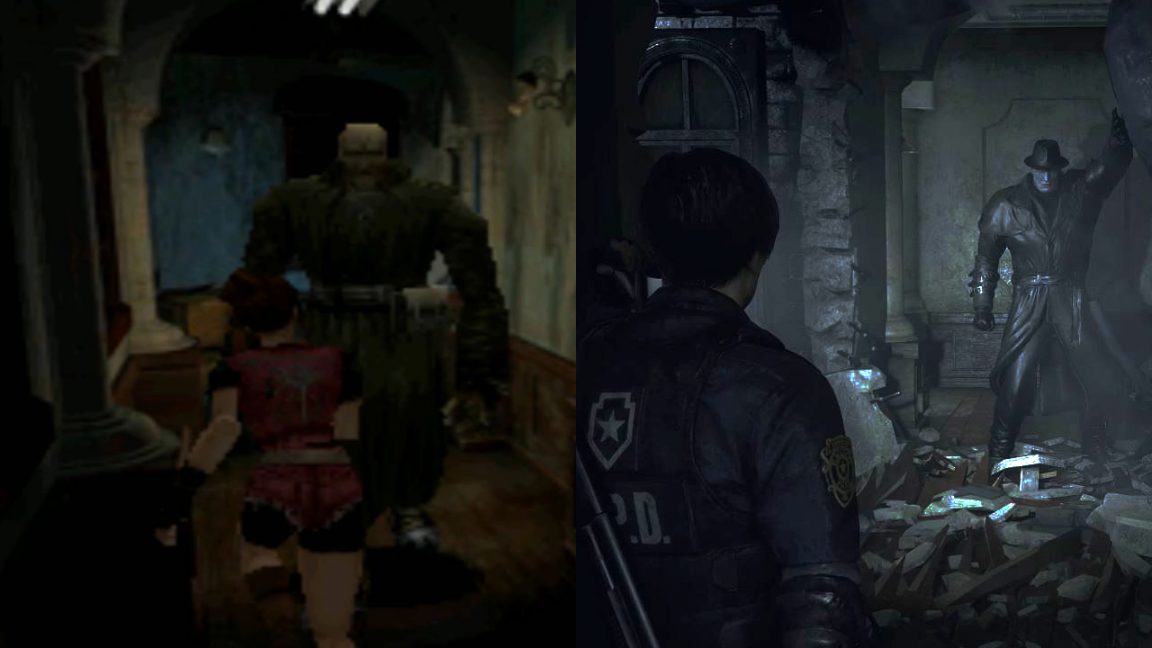 Fast forward to the Remake, and Mr X is now such a committed killer, he makes the Terminator look like a stoned cyborg slacker. The T-00 makes his first appearance squishing an imprisoned journo’s skull like a bruised banana, then tosses a helicopter to introduce himself properly.

Unlike the original, X can move from room to room, even those with typewriter save points. The T-Virus monster is such a talented pursuer, it almost out stalks Alien Isolation’s titular Xenomorph.

Oh, and the new model bought a snappy hat, too. 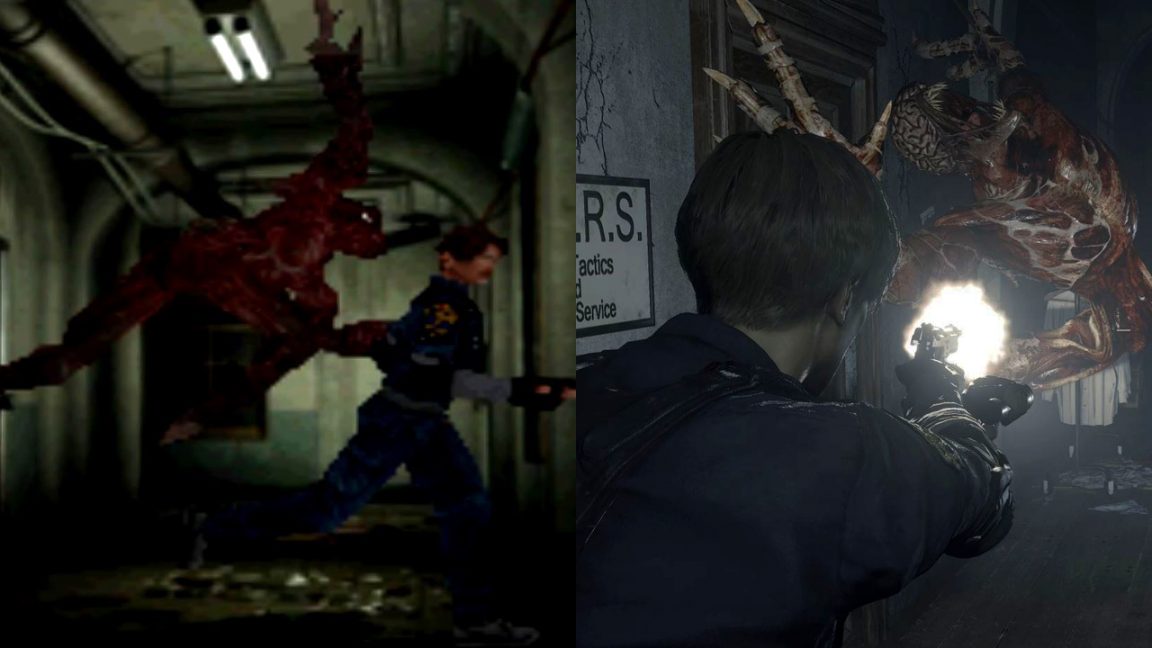 The Licker’s introduction in the Remake is a lot more understated than the PS1 classic. In the 32-bit spook ‘em’ up, an eery corridor encounter starts with Leon tiptoeing across blood and broken glass, ending with an FMV where the skinless beastie slavers and stalks the rookie cop from the ceiling above; its Freddie Krueger tongue lashing away all the while.

As for the Remake, the Licker is introduced in real-time, not a cutscene. Quickly skittering past a rain-lashed window, it eventually introduces itself just outside the police station’s S.T.A.R.S. office. As you approach the room where Albert Wesker filed so much evil paperwork, the Licker latches its tongue around a corpse, pulling it to the ceiling like Half-Life 2’s bastard Barnacles.

Taking around four or five shotgun shells to kill, the Remake’s slobbering swine is a lot tougher to put down than its PS1 counterpart. Still, the original monster’s wheezing breath is waaaay creepier than any sound the new abomination lets out. 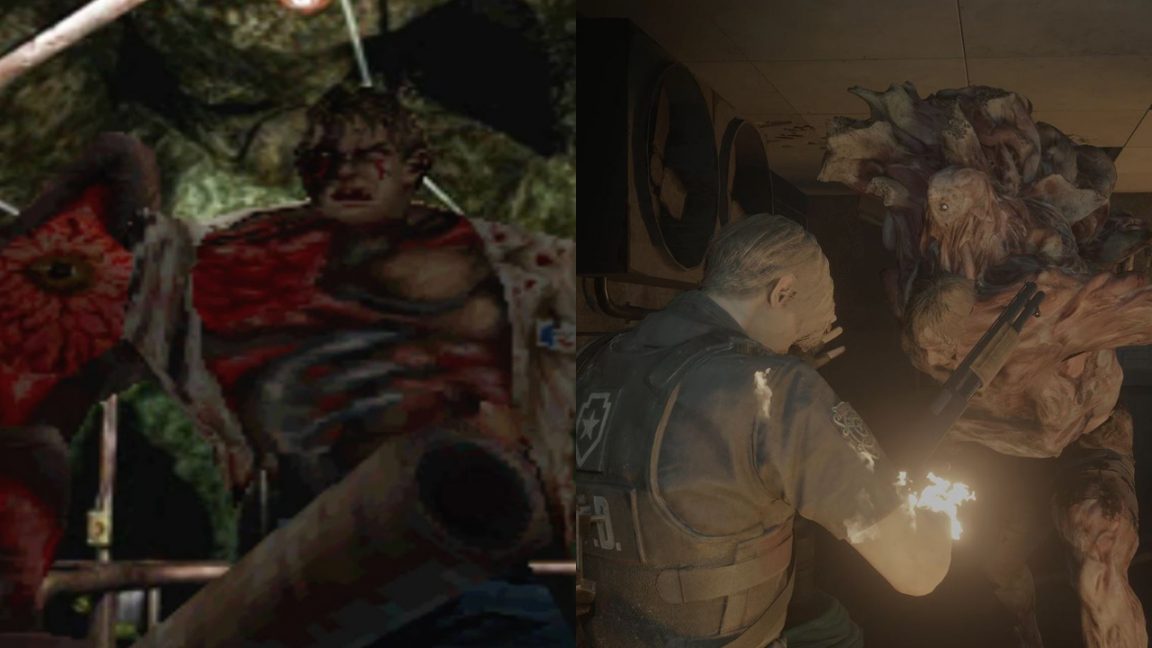 The Remake stays fairly faithful to the original when it comes to portraying doomed doc William Birkin. Both have encounters where he swings a pipe at the hero, they contain cutscenes where he’s riddled by bullets then rises from the G-Virus grave, while Remake and original see old Willie mutate into a gross puddle of mutated flesh on the back of a train.

A key difference? Birkin breaks into the jail to off the journalist in the original, whereas Mr X does the skull-crushing deed in the Remake. 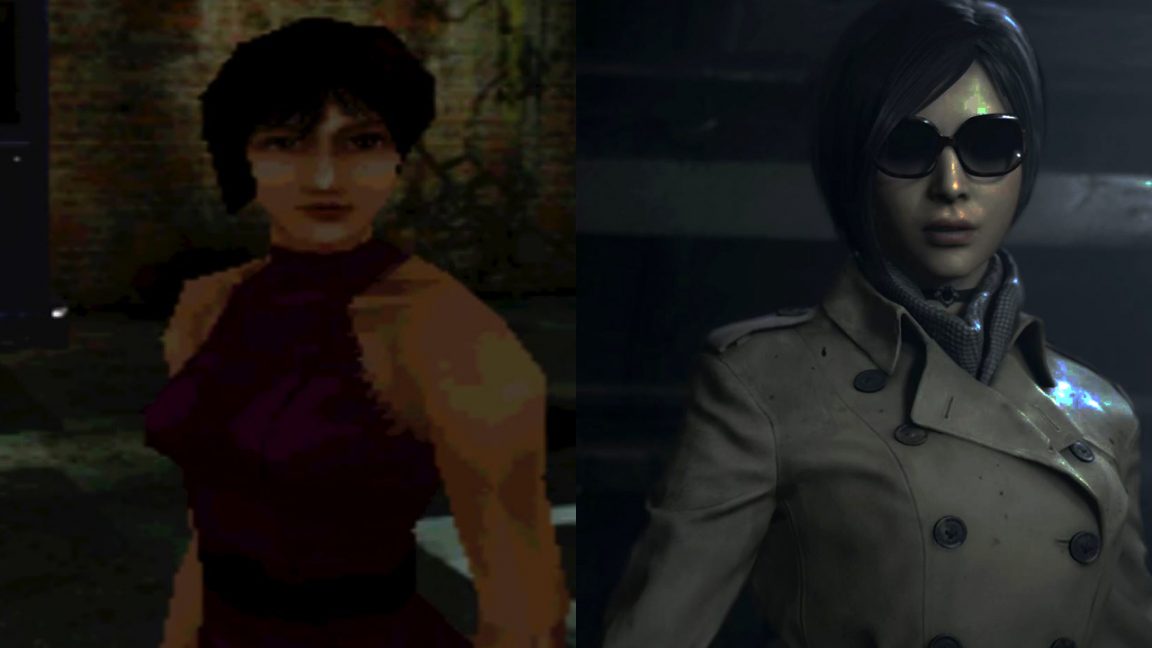 Ada is equally mysterious in both original and Remake, though her playable section is a bit longer in the current-gen reboot – pushing crates is also replaced by powering up switches via a fancy x-ray gizmo.

Despite sharing a tragic ‘end’ with Leon in both 1998 and 2019 flavours of Resi 2, Ada thankfully pops up in both final A scenario boss fights to chuck the fresh-faced po-po a rocket launcher. 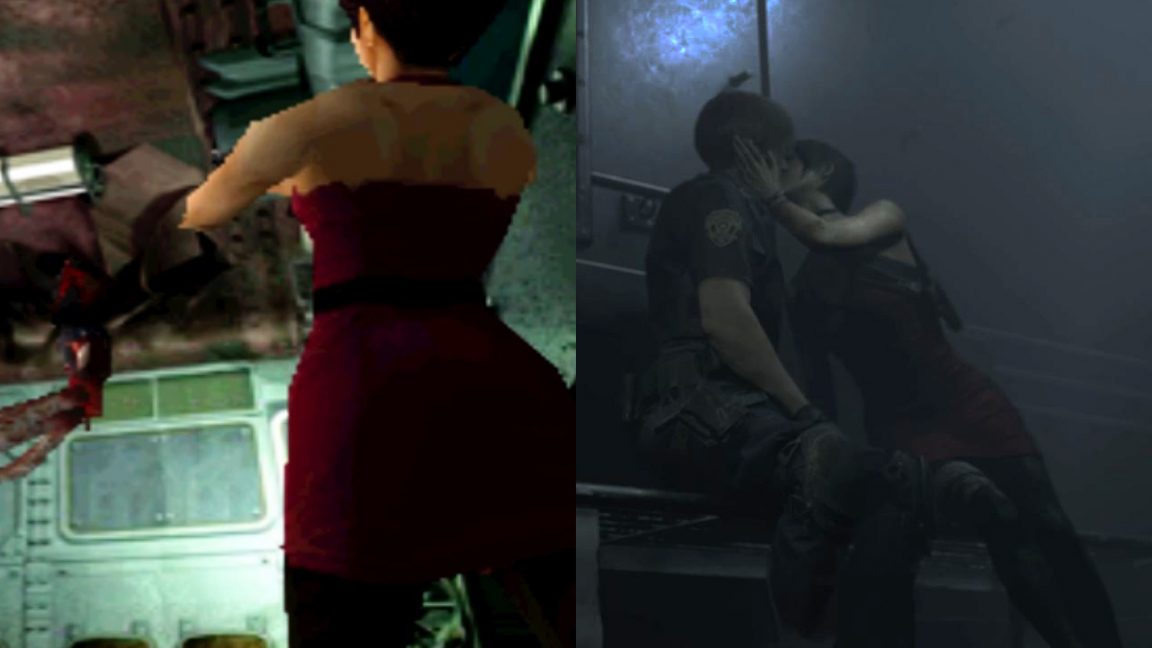 One area where the original is actually a lot scarier than the Remake is the cable car encounter. In the PS1 title, a mutated Birkin tries to skewer Leon and Ada as he shish kebabs the carriage with his Wolverine-shaming claws.

But the Remake? In Leon’s A scenario, the pair merely share a little smooch, with nary a romance-ruining Tyrant in sight.

If you’re currently playing through Resident Evil 2 Remake, we’ve got a full guide to all playthroughs and all the bits you may have missed.