EA tweeted a convoluted breakdown of Anthem’s various release and demo access dates, and Twitter couldn’t wait to call the publisher out on it.

The tweet shared a chart detailing how, why, when, where, and on which plane of existence players would be able to play Anthem and the upcoming demo this weekend.

At first glance it looks more like the solution to a logic puzzle, but includes the dates for the demo, early access, the trial, and the release date. 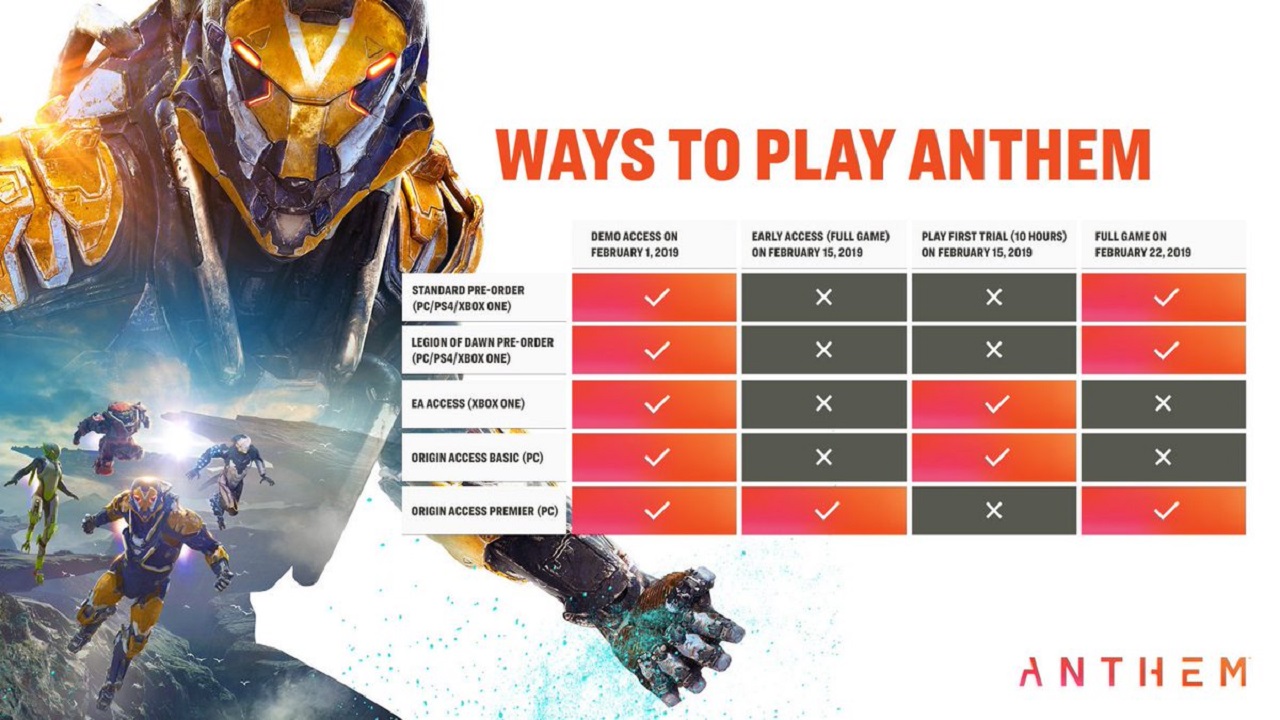 As well as criticising these decisions, Twitter is taking the opportunity to poke a bit of fun at the chart itself, and because we love a bit of well-executed ridicule every now and then, we’ve picked our favourite replies and gathered them below for your entertainment.

This convoluted shit is beyond ridiculous.

EA, here is some advice.

If you need a spreadsheet to explain all the different versions, it's too many versions.

so…. by my calculations I'll be playing this…. hmm… carry the one….. divide by 3…. take into account weekends and overtime at work…
never… I'm never going to play this game, or maybe in a few months when it's on a good enough sale.

I feel like you need a Masters Degree to understand release schedules now… pic.twitter.com/3OT0hPmJFy

When you made this, surely someone raised their hand and said "Woah guys this is crazy" right? Whoever they were, promote them.

Now all you need is rum and a canvas bag to go with this janky pre-access event.

The open demo for Anthem kicks off tomorrow, February 1, at 9AM PT/ 12PM ET/ 5PM GMT. You’ll have until February 3, 6PM PT/ 9PM ET, and February 4, 2AM GMT to play. You can find out everything you need to know about the game and the demo in our handy hub.

Anthem launches for PC, PS4, and Xbox One on *consults chart* February 22. We think.