There’s some sort of major football thing going on in the US this weekend, and Fortnite is once again getting in on the action.

Yes, we know it’s the Super Bowl. You can’t go a day without hearing about it once January starts. Now you can revel in the celebrations yourself by dressing up your characters in Fortnite.

NFL skins are coming back to Fortnite in time for Super Bowl 53. The outfits will be made available in the store starting Friday at 4pm PT, 7pm ET, 12am UK (Feb. 2). I you have already purchased the NFL skins, you can change the team jersey at-will.

Whether you support the New England Patriots or the LA Rams is inconsequential. You can pick up one set or both in white. Even though we all know the Rams are going to spank Tom Brady and his boys. Madden NFL 19 even agrees. So, do yourself a favor and buy the LA Rams uniform. 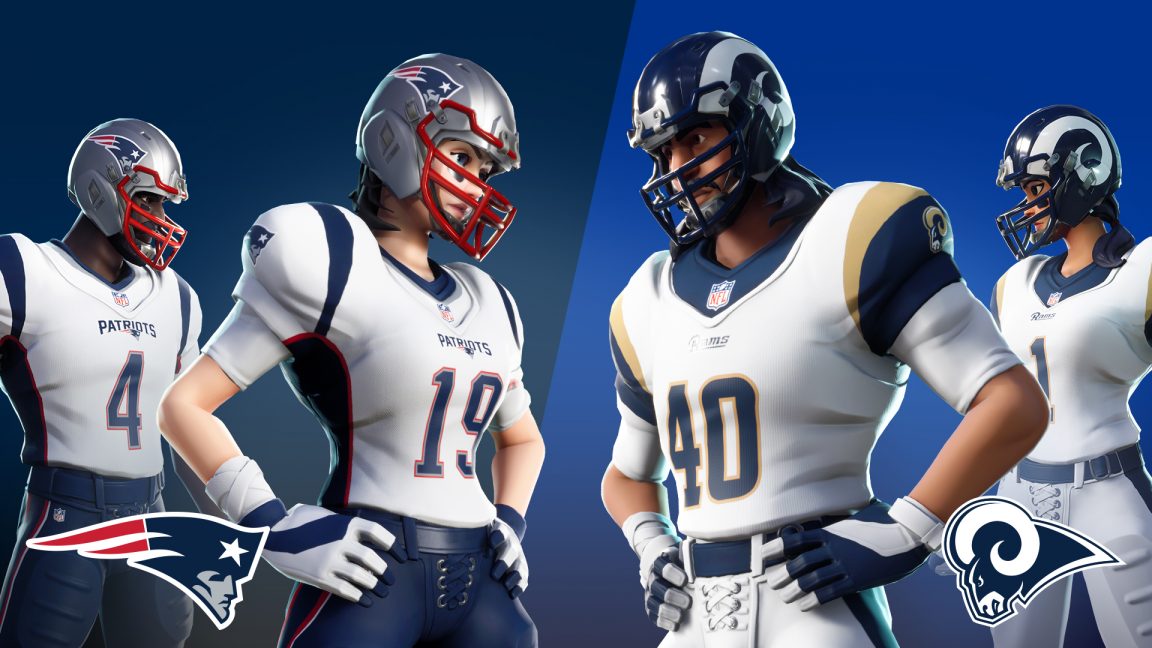 While you’re in the mood to shop, check in with the item shop on Saturday, February 2 at the sames times to grab a free Pigskin Toy.

If football-themed skins weren’t enough, there’s a limited time mode NFL Rumble set to kick off at Pleasant Park.  In this LTM, you’ll be on a team of 20 players in Patriots Outfits or Rams Outfits. The winner takes home a trophy.