Despite  being a little long in the tooth now, PlayStation 4 VR headsets are still sitting at nearly $300 at plenty of retailers.

However, this bundle – which includes two excellent VR titles and a warranty – comes in at exactly $219, for a not too shabby saving. Grab it over at eBay. The exact same bundle at Amazon will set you back a bonkers $275 without shipping. 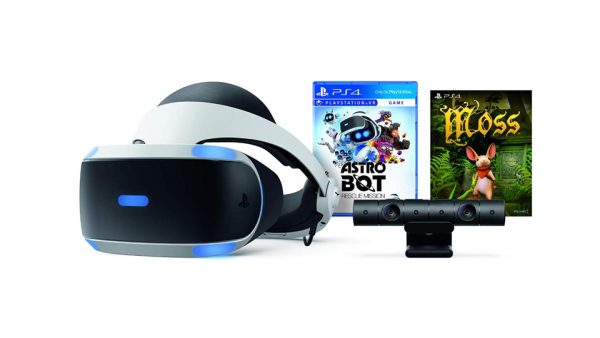 The games included are adorable android platformer Astro Bot, which has been very well critically received thus far, and also action-adventure puzzler Moss. This title includes an almost unbearable amount of cute beasties, such as a young mouse named Quill. As well as titles tailor made for wondrous VR-O-Vision, PSVR reduxes of the likes of Doom and Skyrim have also proved popular – although you’ll need to buy those bad boys separately for the time being.

If you need space on your PlayStation 4 to allow for all that extra virtual reality goodness, take a look at the best PlayStation 4 storage deals.