The 1.11 Black Ops 4 patch, which went live earlier today, brought with it a few welcome changes to Blackout, kicked off a new event in Zombies, and refreshed playlists in multiplayer.

The patch also added the two DLC maps, currently available only through the Black Ops Pass, to the regular map rotation in multiplayer. In other words, when those maps come up, players without the season pass will be kicked from the lobby.

To go along with this, Treyarch decided to create a yellow triangle icon with an exclamation mark to make it clear which players own and do not own the pass. This is shown to everyone in the lobby, so you can easily identify them. 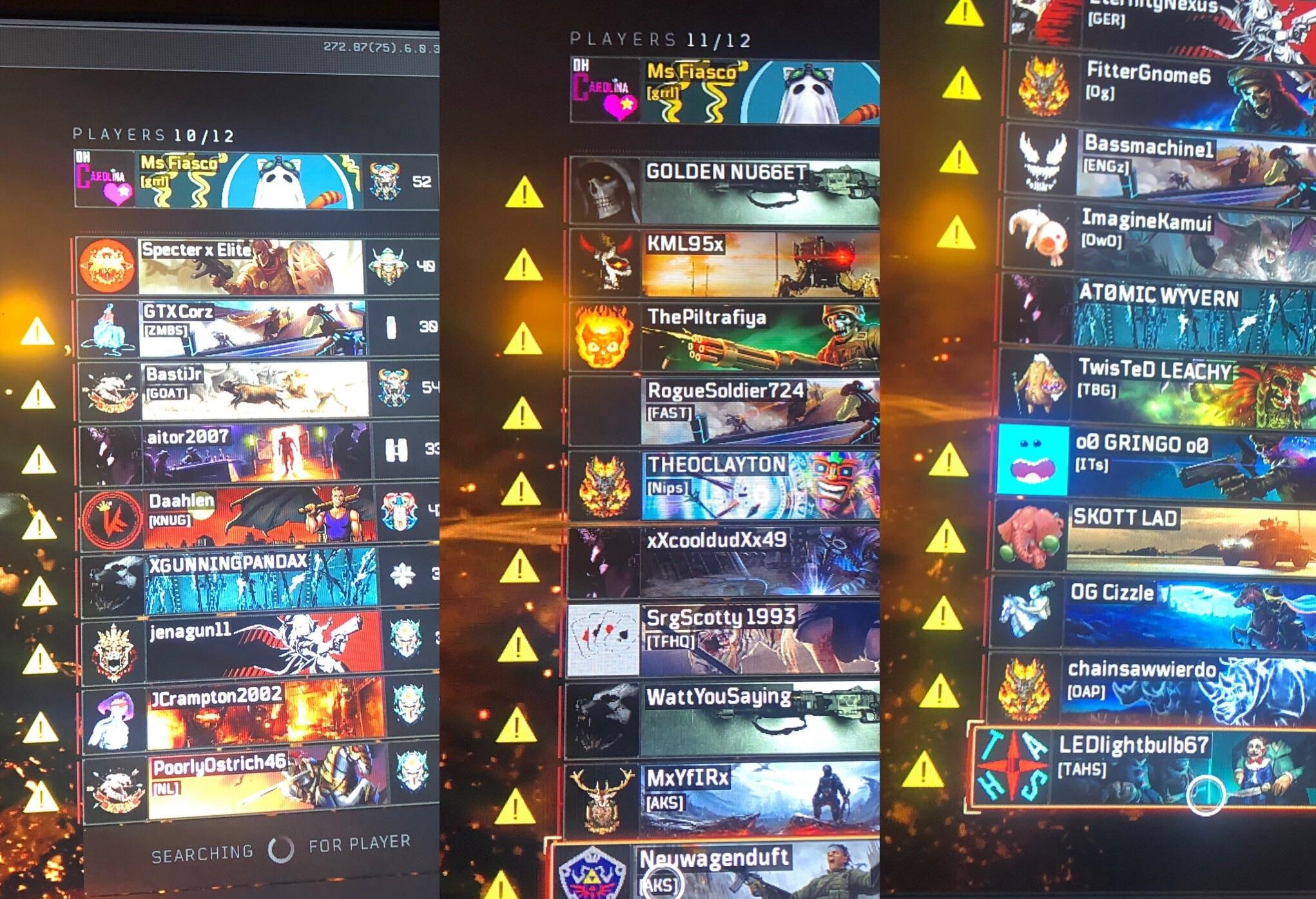 Of course, the idea of making DLC owners stand out in online game lobbies isn’t new, and a similar method was used in some Halo games in the past. There’s probably a psychological element to Treyarch’s choice of icon, too, making it appear as if non-owners are missing out on something important, and not just optional content.

On the game’s big subreddit, players are not only upset about the icon itself – which would typically be used to indicate a problem in a different context, they’ve also been sharing anecdotal evidence about how unpopular the Black Ops Pass has been.

Many have been sharing screenshots of game lobbies they were in, and they all show a minority of players actually bought the season pass. Once again, this is nothing more than anecdotes, not to mention the fact many likely only noticed when the discrepancy was that severe.

That said, the community is having a field day with it, and they’re using the screenshots to call for the death of season passes for their favourite game.